O.k. here's some eye candy for you aviation enthusiasts.  The rest of you might find this post a little boring.  Last month while some folks were here from MAF UK, we took the opportunity to do some air-to-air photo shoots and video here in Tarakan.  Below is one of the "generational shots" I took, representing the three aircraft type that we fly here in Tarkan. 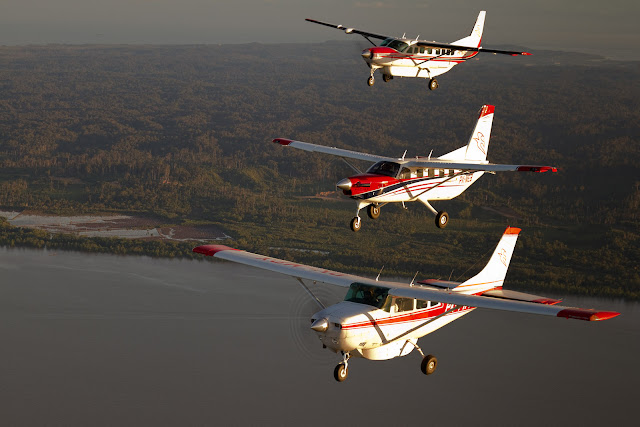 The video guy, Jonathan, and I were sitting in the back of the lead plane, a Cessna TU206, shooting out the open double doors (the doors can be removed and a spoiler kit installed to deflect some of the wind.) Just below and aft of us was the next plane, PK-MPX, also a Cessna TU206. 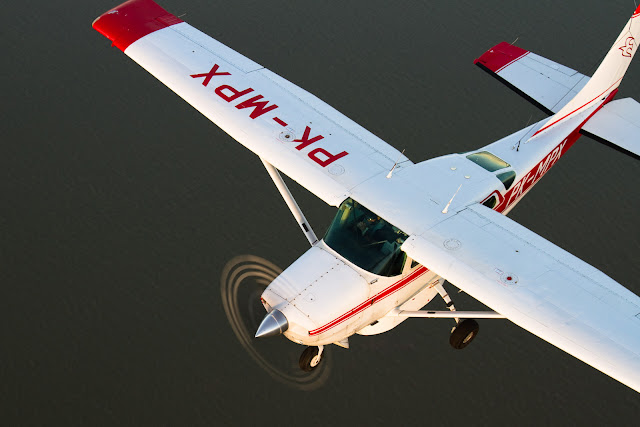 Next in line was our Quest Kodiak 100, PK-MEB.  (In February I'll be heading off to Spokane, Washington for a few weeks of training in the Kodiak.) 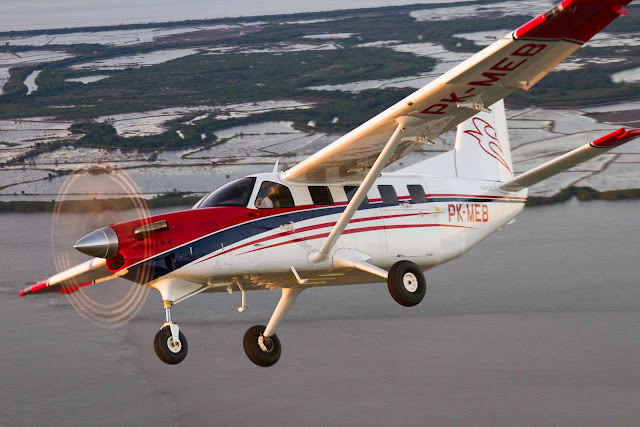 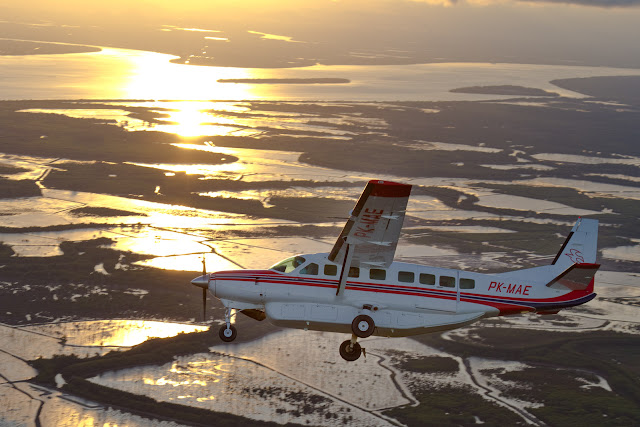 The main reason for and star of this photo shoot was the Kodiak.  So after grabbing some formation shots of all three planes, the 206 an 208 headed home, while I focused my lens exclusively on the newest member of our fleet, MEB.  Here's a few the shots I snagged. 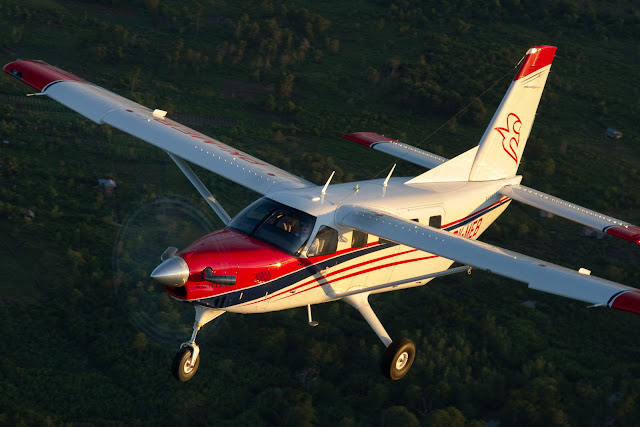 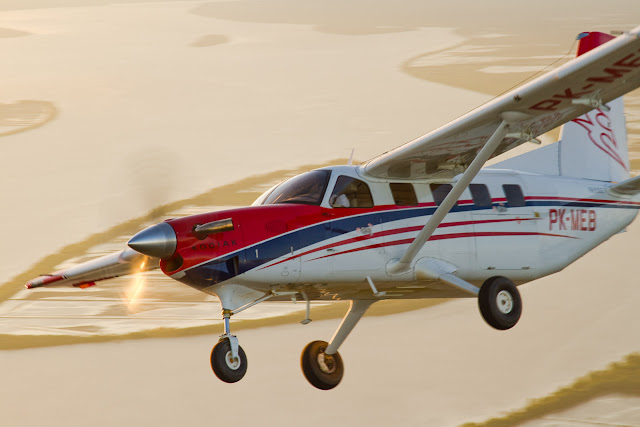 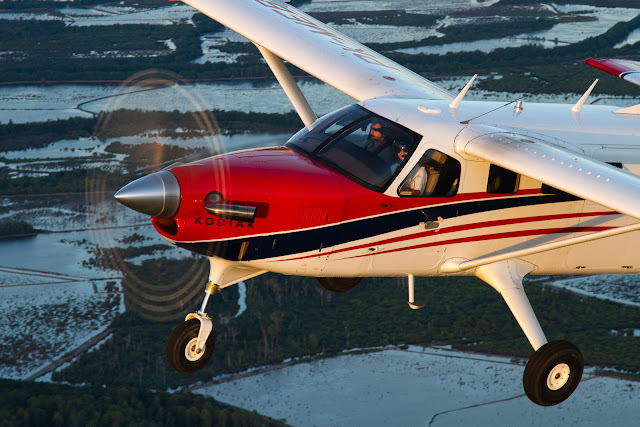 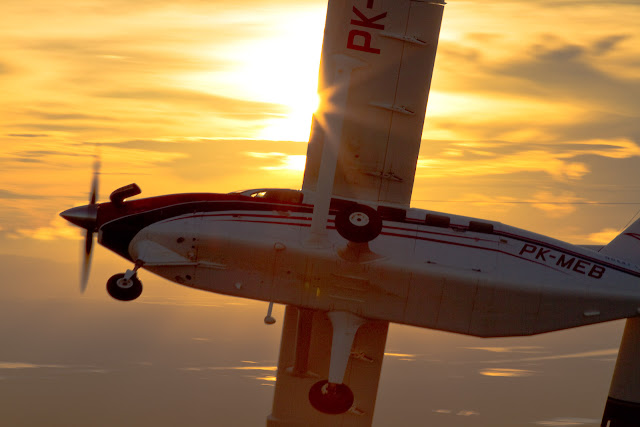 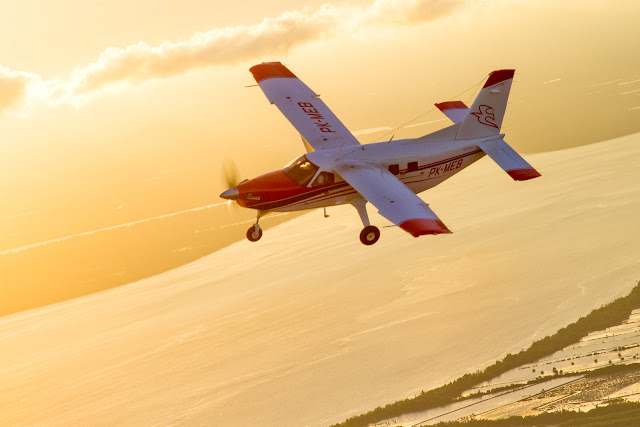 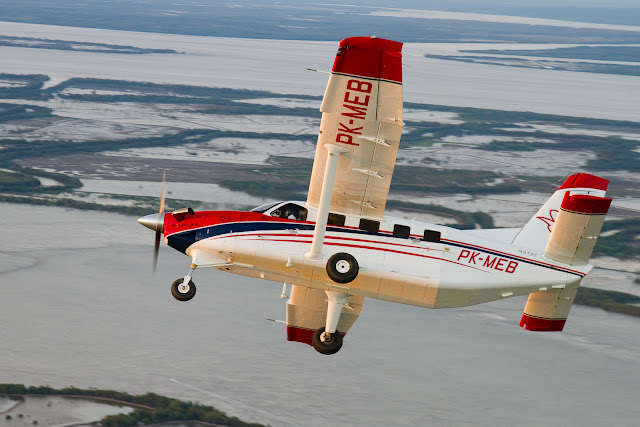 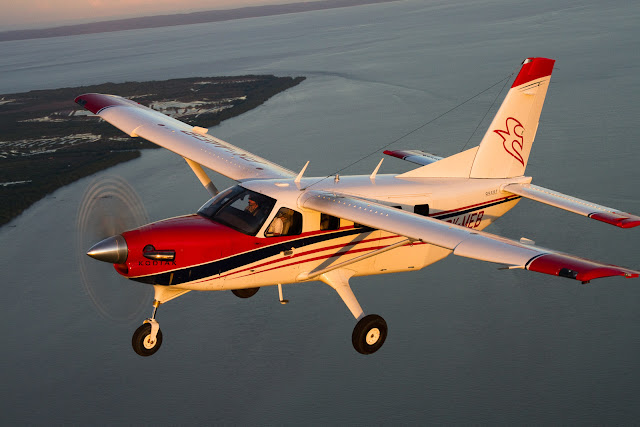 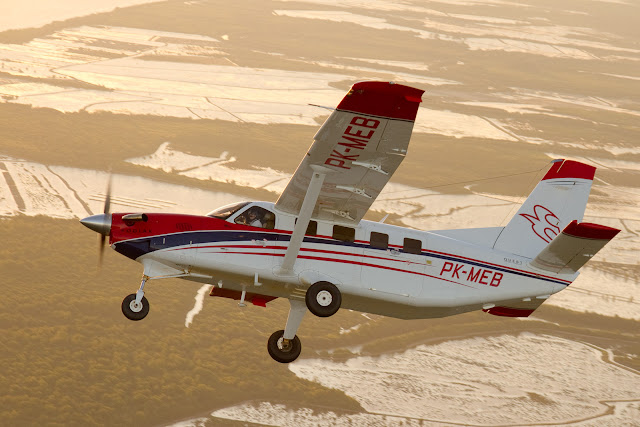 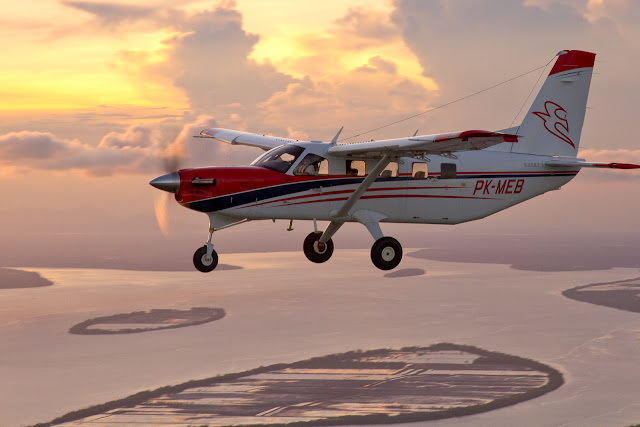 There's a whole lot more, but you get the idea.  Here's a shot that Layton Thomson took from the Caravan window.  You can see Jonathan and I squeezing into the open door frame of the lead 206, trying to get that perfect shot (or in Jonathan's case-video.) 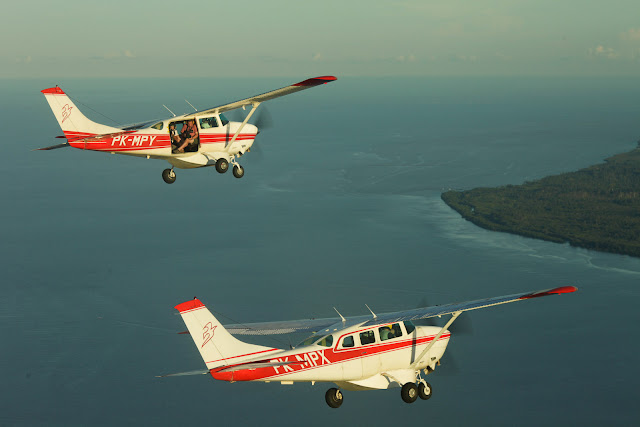 Earlier that day we also spent some time shooting photos and video of the Kodiak in action on some of our exciting strips in the Apo Kayan region.  This is not something we normally get to do here...but it was a lot of fun!  The MAF UK guys (and a gal) were here to grab stories and images of how the Kodiak is used to impact the ministry in Northeast Kalimantan.  In order to communicate that, you need to get some shots of the "horse" at work, and that's often hard to do when you're the only one out there--thus the unusual move of sending a group of us out to do nothing but shoot action shots.
Of course, we had to grab a "tough guy" shot of the five of us before it was all said and done.  Here, in the village of Long Nawang, pictured from left to right, Layton - photographer, Dave H. - pilot, Jonathan - video, me - video/photos, Paul C - video.  In this case, all of us were mostly shooting full 1080p HD video, with the exception of Layton, who was taking pictures. 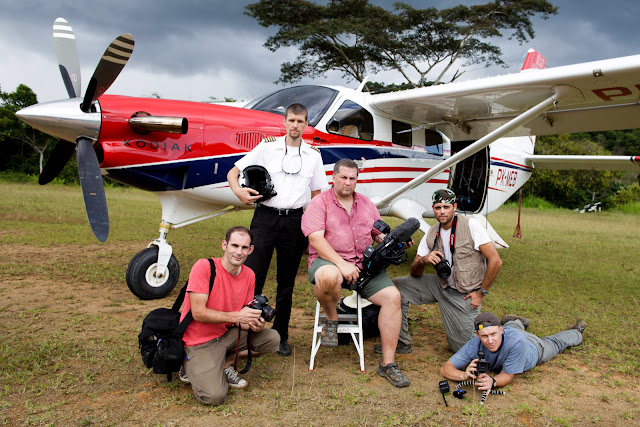 Sweet sekali dong! Too bad the C185's are so far away. That would have been a fun addition to your sip pictures.

I always enjoy your photos, and getting a glimpse of your life there. We have Idaho connections in the US, and have followed the saga of the Kodiak. It's exciting to see in in action, doing what it was meant to do. When we are in the US we stay about 2 blocks from the MAF-USA headquarters in Nampa.

I think I commented on your blog a year or two ago. My wife and I work at a small mission hospital in Papua New Guinea, where I'm a doctor. We love the good people of MAF-Australia, and depend on them on those rare occasions when we need to get out into the bush.

Wow! Those shots are spectacular. Thanks for letting the rest of us enjoy them.

Love following along... Friends with Paul and Beth.. makes them seem not so far away... Thanks for sharing the great pictures and info... always share pictures and updates with my husband John...

Thanks for all your comments guys! Sean, that's a good idea to include the C185's. Maybe when we get a pod for the Kodiak, we can do it all over again and bring up a 185...or not. It would be hard to justify the expense to fly four hours one-way, just for a photo.

Andy, sure appreciate the kind words. We have good friends in PNG with two MAF, NTM and SIL. I spent the summer of '93 in PNG with NTM, and while there we experienced the great service of both New Tribes pilots and MAF Australia pilots.

Kris and John, glad you enjoy the blog. Paul and Beth always joke that they're glad I do the blog so that they don't have to. :)

Kris and John, glad you

I hope to be joining MAF eventually so in my google search for images ran across yours. By far the best, most professional shots I've seen of MAF activities thus far. Thank you!