Last weekend we got invited to a blowgun shooting competition out at Amal, on the other side of the island of Tarakan.  It was quite impressive, with each participate getting two rounds (five darts each round) to shoot at a target that was about 80 feet away.  I would have been lucky just to get a dart to go 80 feet, let alone get it to stick into the target, or be anywhere near the center! 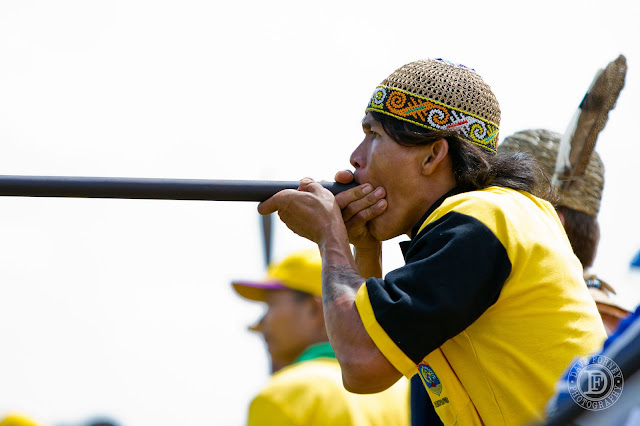 People from several different interior ethnic groups were represented, each trying to earn the title and pride of being the best shooter out there! 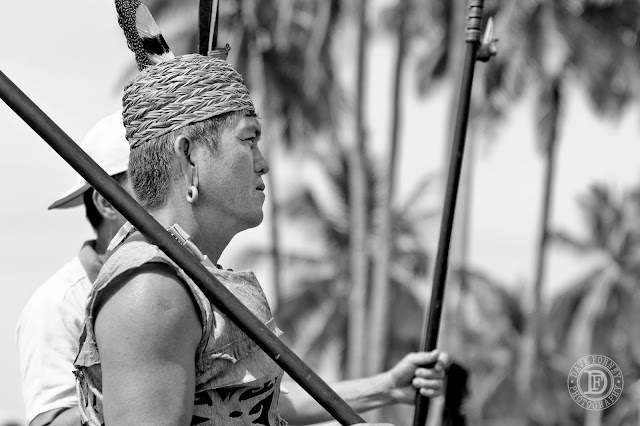 In the foreground (pictured below) is Pendeta (Pastor) Estenly, from PaUpan.  He actually lives and serves in the interior village, but two months ago I flew him and his family out so they could go visit their family down in South Kalimantan.  Like us, they are living and serving in a ministry role far away from their "homeland" and family.  It had been almost four years since they'd had the chance to go "home."  Well, their return trip back to Pa'Upan came through Tarakan at just the right time for Pdt Estenly to give it a go in the blowgun competition.  We were actually surprised to see how many people we either knew, or had connections with there. 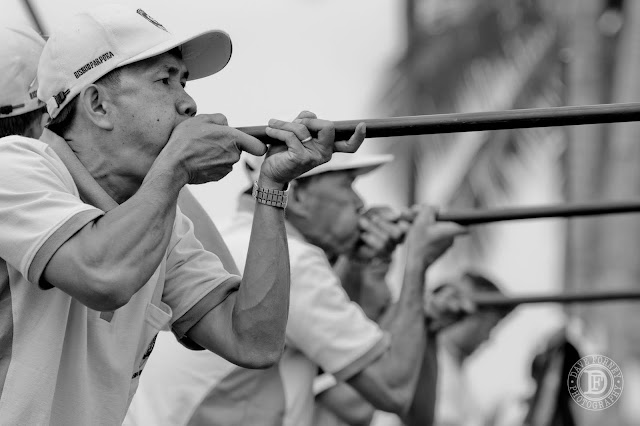 I don't know what it was about this dragonfly, but the whole time I was hanging out with the guys on the line, the thing kept coming back and landing on the very top of the spears.  At the end of most blowguns is a stiff, metal spear.  These are used to spear wild pigs and other large game. 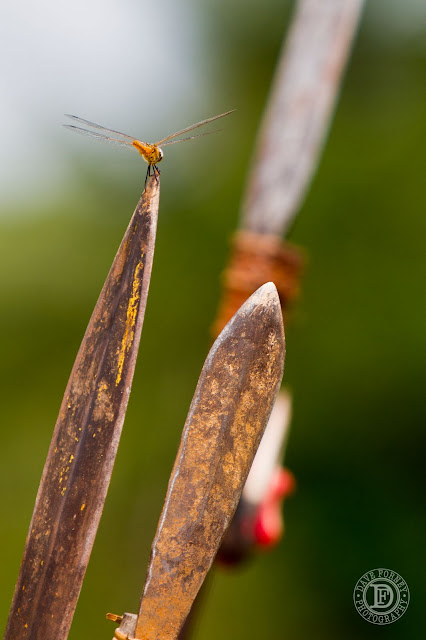 Tougher than woodpecker lips--Pak Nelson!  This was not a posed shot.  I was a long way away using a telephoto lens, and he didn't even know I was taking his picture.  But I think this shot totally does justice to Pak Nelson.  What can I say.  The guy is as tough and rugged as they come, yet no one is more generous and caring than Pak Nelson.  He originally comes from an interior village, but has been one of our indispensable national staff here in Tarakan now for quite a few years.  The people interior know and love and respect him, as do the pilots and mechanics.  Pak Nelson loves the Lord and it shows through his work, his relationships and his integrity.  He's also a great dad and husband.  No one is quicker to offer a hand to those hurting or sick or in need, than Pak Nelson.  He's always giving of his time and resources to encourage and love people the way Christ would.  But make no mistake; that doesn't mean that you have to be a sissy.  And he's no sissy!  He's as tough as woodpecker lips, and man can he shoot a blowgun!!!  Pak Nelson was the one who invited us to the competition, and I have to say it was pretty obvious right off the bat that he was one of, if not the very best there! 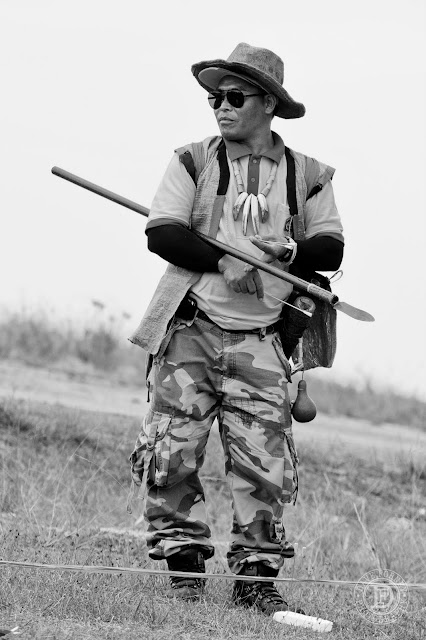 There was another guy there that looked particularly tough and rugged in his traditional attire.  I walked up and started talking to him.  I soon found out that he's originally from Long Alango.  I mentioned one of my good friends there, that I've gone on several hikes with, and it turns out that they're related!  So then he brought up the big sickness that occurred there almost exactly one year ago, and he mentioned that MAF had been the critical factor in averting a potentially huge disaster, by flying in the medical team on short notice.  I told him that I was the guy that flew in that medical team.  Well that sealed the deal.  We were now friends!  He took Britton aside and was determined to coach him on blowgun-shooting techniques.  (Notice the heavy-weighted rings in his ears, the pig tusks hanging from his neck, along with the clouded leopard tooth and monkey skull.  The designs on the bark vest are traditional Dayak.) 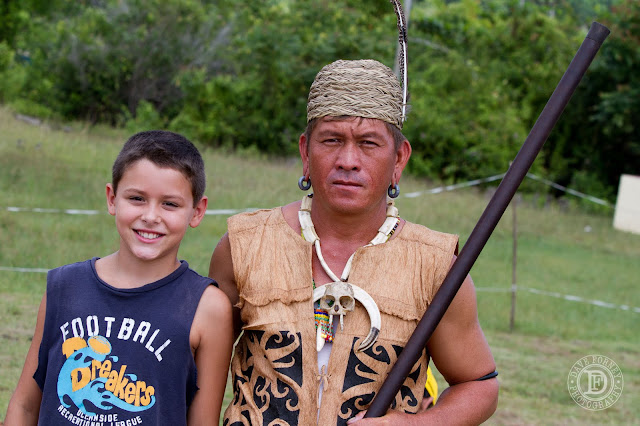 So, with his own separate group of spectators, a personal Dayak coach, and a snack box for a target, Britton set out with his new mini-blowgun to learn the finer arts of blowgun warfare.  I have to say, he was impressive from the get-go.  And the onlookers were quite impressed as well.  It was determined that he would indeed have to compete at next years competition.  Does that mean we need to find some pig tusks and ear rings??? 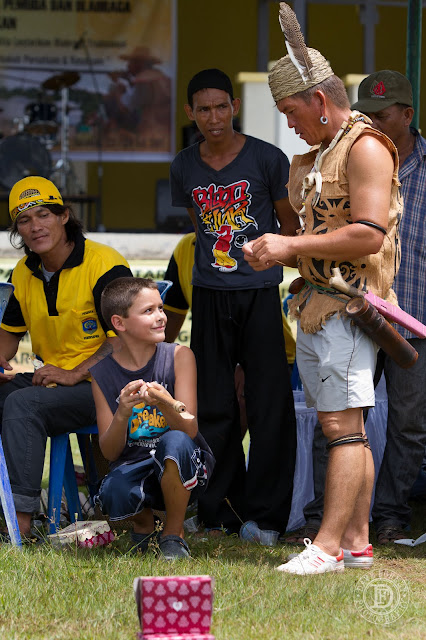 It wasn't all testosterone-boosting manly, war games.  There were several other competitions going on as well including the girls from each suku (ethnic group) doing traditional dances.  Here's a few of the different suku, all dressed up and ready to dance. 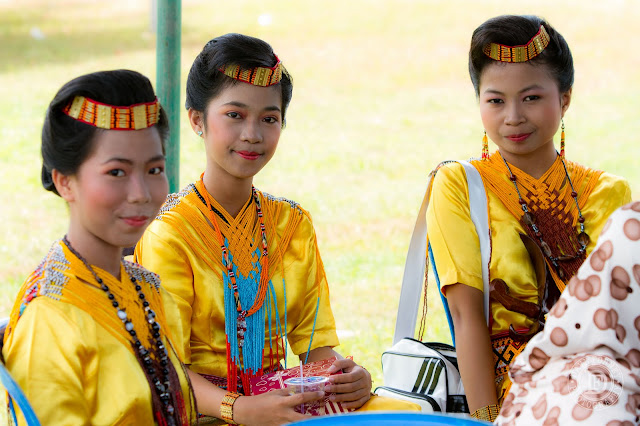 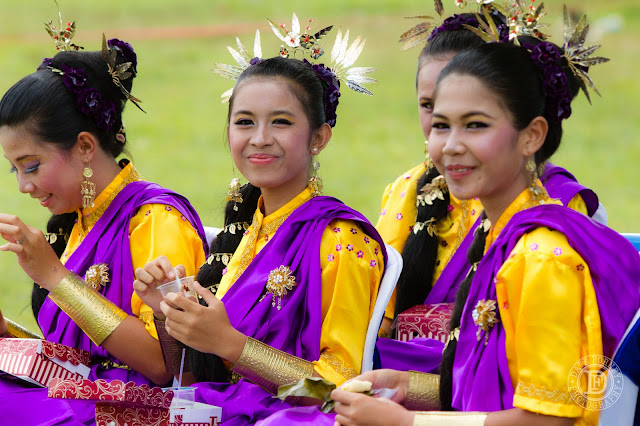 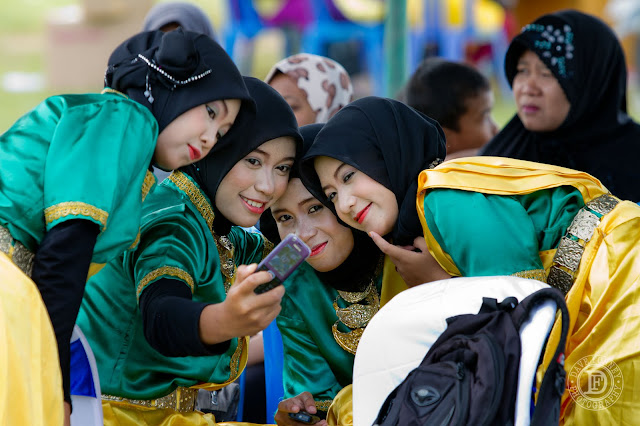 Today there are four American college students coming to Tarakan to check out MAF and what we do.  They'll be here for about two weeks.  On Thursday, the big opening ceremonies for this year's Tujuh Belas Agustus (17 August, which is Indonesia's Independence Day) festivities interior start in PaUpan.  We will be flying in two government Bupati officialsa and all their entourages, from the two districts in this part of Northeast Kalimantan.  It promises to be a big shindig!  The people there, and the Bupatis asked MAF to be represented as well.  So I'll also be flying in our new Program Manager, Steve, and his family, along with the four college kids as well.  I'll plan to spend the night with all of them on Thursday night, and then fly everyone back out on Friday.  Should be fun!
Posted by Dave at 4:37 AM

As always great pictures and stories! Any way to find out the results and who got 1st, 2nd and 3rd etc..? I looked at Radar Tarakan online and did not find anything.

How interesting! Your kids must be having the time of their lives.

And I can't help but be in awe over the intricate folk costumes on the ladies. What gorgeous colors and what lovely details. They all look fresh and pretty as flowers.
And that intricate woven bead detail on the yellow-and-blues gals. These people got skills! They should def make a living marketing to our commercial and machine-made world!

I love your photos! Especially the last one of the women looking at the mobile phone. Great stuff. God's workers get the best life don't they?

Fantastic photos! I especially like the one of the women crowded around the mobile phone.