As you read this, I am well on my way into a jungle-trek, somewhere between the upper Iwan River and the upper Pujungan River, deep in the heart of Borneo.   Please continue to pray for Joy and the kids in my absence.  Also, please pray for Pual and I and our three guides, Pak Yu Taang, Pak Lajau, and Pak Ului.
As promised here is the second in the 2-part post on the Independence celebrations in Pa'Upan.  I set it up ahead of time to post here while I was away. 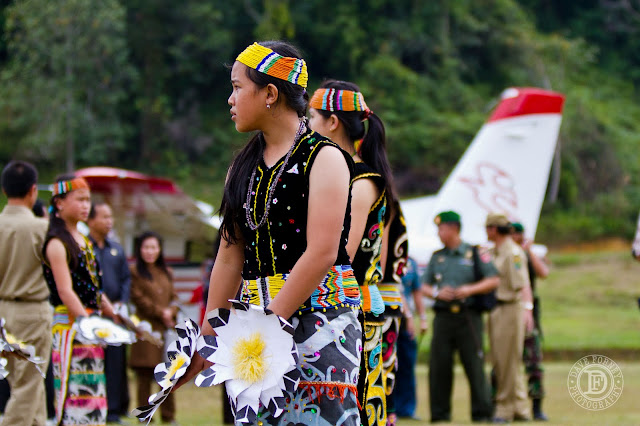 In the middle of the hottest part of the afternoon, when most people were taking a rest or escaping the heat somewhere, Paul and I took the four college guys on a little hike to some outlying rice fields.  Right now the people have finished cleaning up their rice paddies, and they will soon begin the planting for the next season of rice. 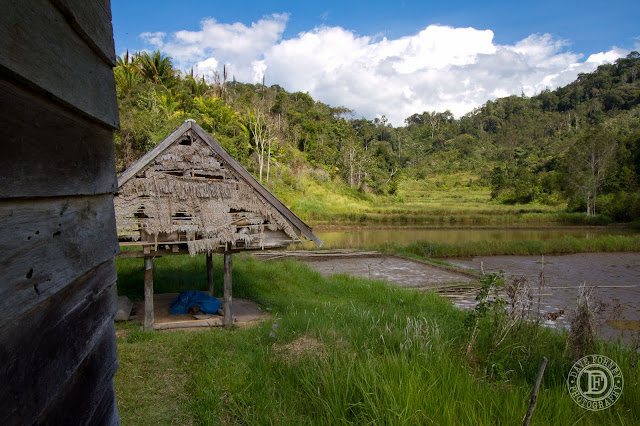 Around four in the afternoon, after the heat began to subside a little, the boat races began.  Three teams of two, would compete side by side in paddle-driven dugout canoes, first up and then down river. 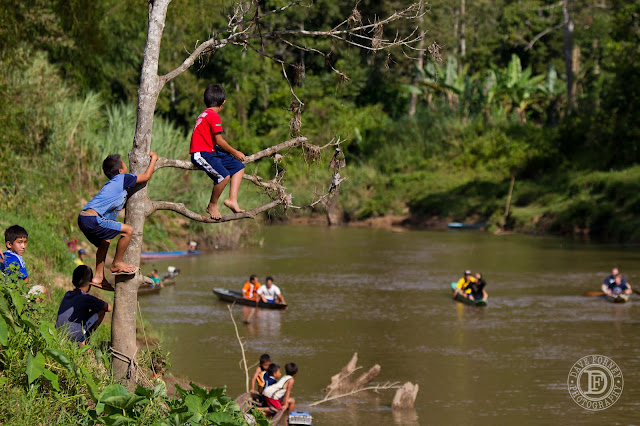 Sometimes the race seemed more like a canoe-version of bumper cars.  But the crowd was loving every minute! 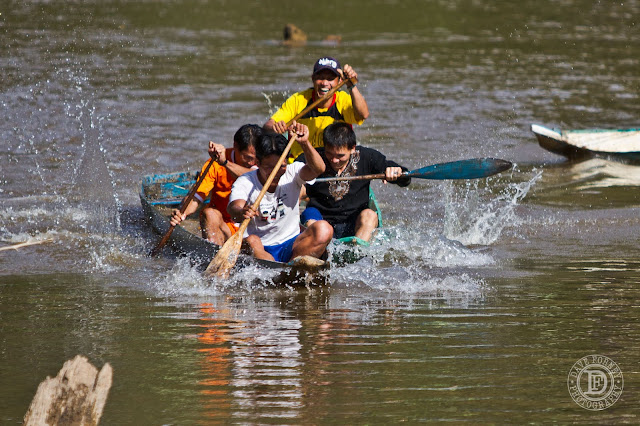 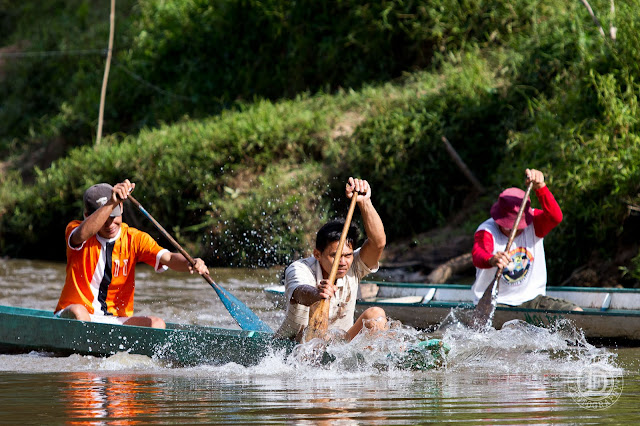 Here's a few shots of kids along the river bank watching. 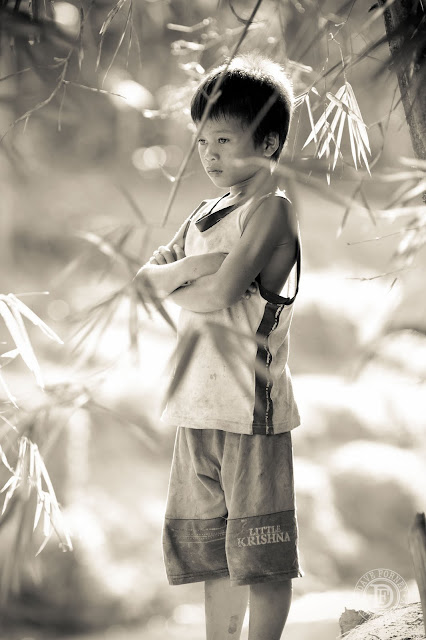 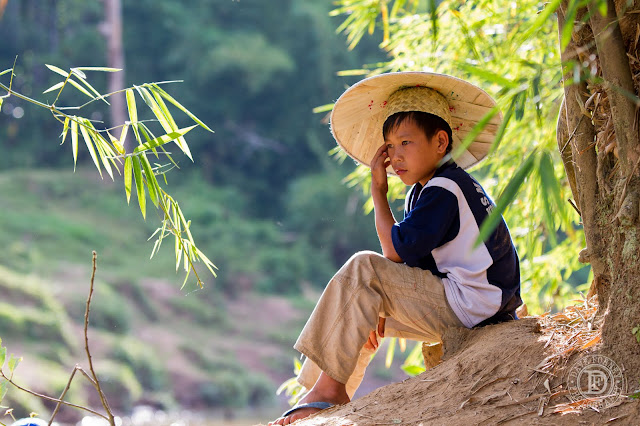 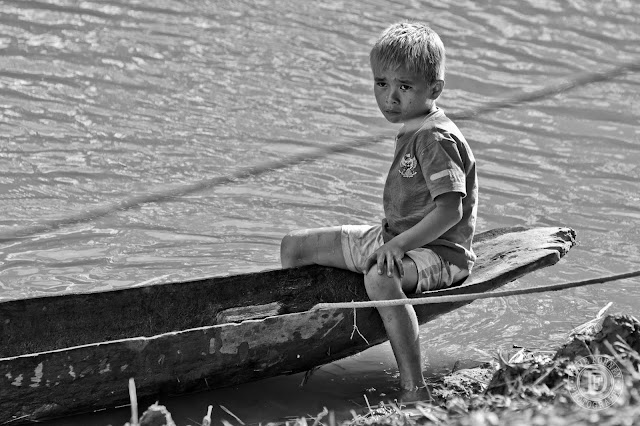 Like I said in the last post, usually there would be a lot of eating going on in conjunction with the activities.  But in this case, out of respect for the Muslim government officials present, most of the food-related activities were kept either far away, or inside individual homes.  These three kids were chomping away to their hearts delight on freshly roasted pig ribs, over where the men were cooking the pork on the opposite side of the runway. 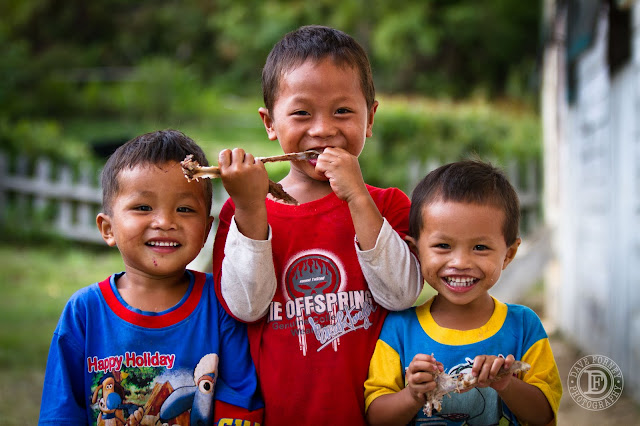 There was supposed to be a cultural food festival that evening, where many traditional foods would be served.  But under the circumstances it was cancelled.  However, our friends from Binuang who were there to defend their title in the soccer tournament, invited us over to their place to feast on some of the traditional foods that their ladies had prepared. 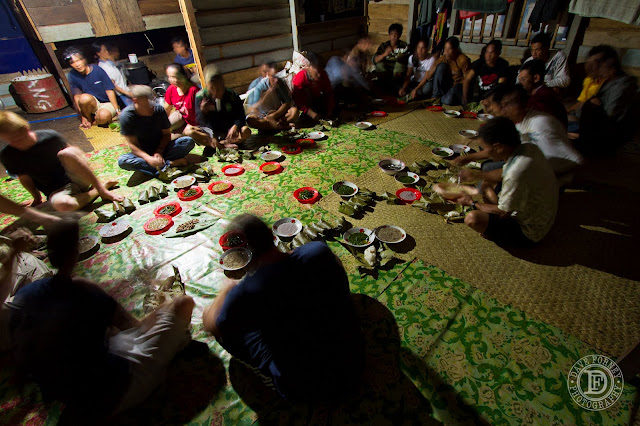 Among the delicacies were grubs.  First we got to try the cooked grubs.  They were boiled as-is, in bamboo tubes.  No spices, no salt, no anything--except juicy, plump grubs that "popped" when you bit into them.  After downing several of these cooked critters, I mentioned the fact that I'd heard some people like to eat them raw.  Apparently only one guy that was present appreciated the flavor of the live grub.  But somehow the challenge was thrown out there, that if he ate one, I would eat one too.

I readily agreed.  But first I set up the video camera as I knew my boys would be disappointed if they didn't get to see this later.  Below is a screen grab from the video, just as I placed one of those very juicy, wriggling, plump grubs into my mouth.  It's little feet grabbed my lower lip and tried to hang on, even as I "popped" the other half with my teeth.  All I can say is, it wasn't my favorite.  O.k., I can go a little further and say that it had an extremely strong and very potent flavor, that led to my mouth and tongue going numb for about 10 minutes afterwards.  The good thing is that it's supposedly a medicinal product that helps prevent cancer.  Well, I guess I'll be cancer free for a while! 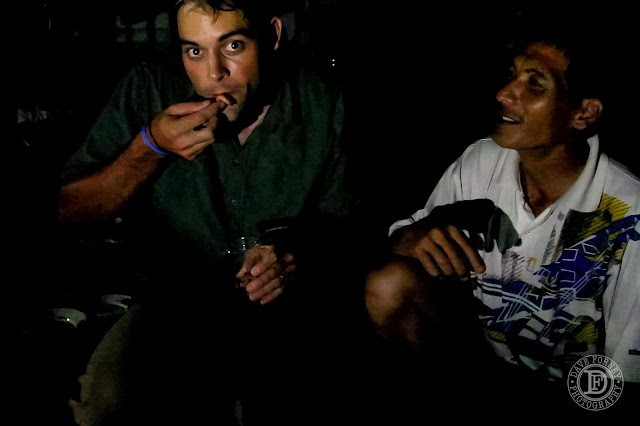 Stay tuned for news from our jungle trek, hopefully after next weekend.
Posted by Dave at 10:00 PM

That is my kind of canoe race!! Ramming speed! :) We used to do a race for July 4th. Great memories; thanks for sharing!

Great post...you're hardcore eating fat tangy bugs! I seriously would rather get punched in the face, but give me a couple terms in Papua and maybe, just maybe... I hope your trek goes well, now that I could do.
God bless!