Back in the 206 Saddle Again

After nearly nine months of not flying any of our Cessna 206 aircraft, I finally climbed back in the 206 saddle with a full PFR (Proficiency Flight Review) last week.  From here on out I'll hopefully be staying proficient in both the 206 AND Kodiak aircraft, flying either one as needed day to day.  Below is a shot I took of our newest pilot, Brian, taking off from PaUpan back in August. 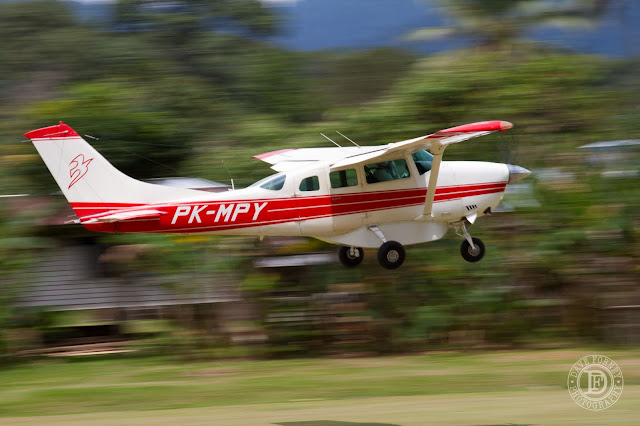 In February of this year I went to the U.S. to attend Kodiak training.  After returning to Indonesia and completing a local Kodiak checkout, I've been tearing it up in the Kodiak ever since! 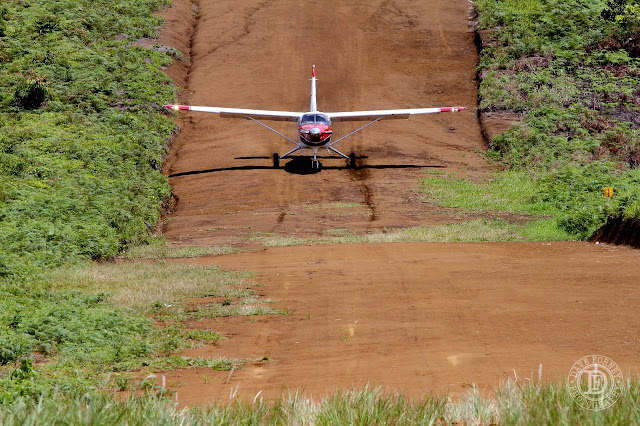 On Friday I flew a group of government officials into Long Bawan in the Kodiak to attend a grand opening of the first official bank in that region of the interior.  Several months ago we flew the bank vault into the village in our Caravan--a very difficult and awkward thing to load/unload.

Last week I took 28,000 tea plants in one load, into the village of Long Nawang--a government sponsored project to help the people start a little tea plantation.  Each box contained 1,000 small tea plants, shipped directly from JAVA on the airlines the afternoon before. 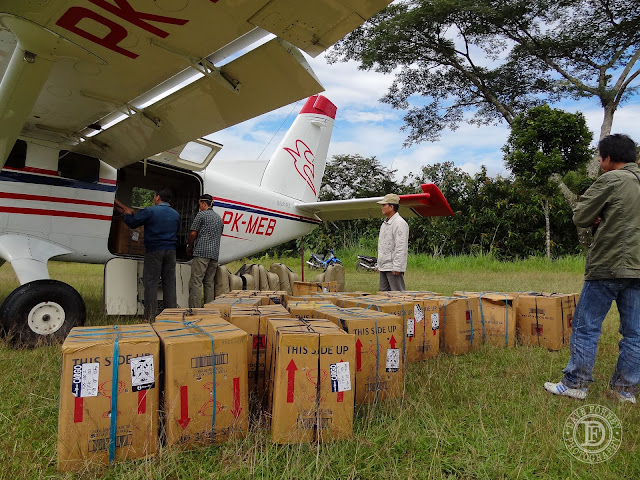 The weather has been a little cantankerous as of late.  The haze has been thickening up and mixing with smoke, which has cause our blue skies and nice visibility to all but disappear. 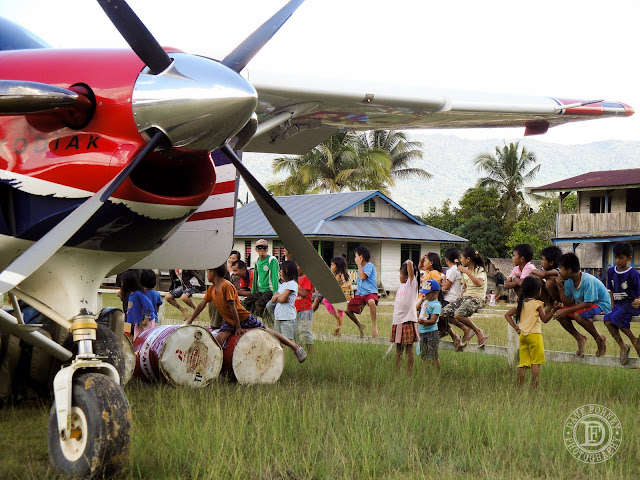 Why?  Well, simply put, lots of people are burning jungle.  Actually, in our area of Northeast Kalimantan most of this was already done back in August.  Here's a shot I took a few weeks ago when the sky was still blue.  This was a big, billowing pillar of smoke that went up to more than 20,000 feet!  In fact, later that afternoon it grew into a self-generated thunderstorm, producing plenty of lightning and heavy rain.   However, believe it or not, these are not the fires that have produced our bad weather. 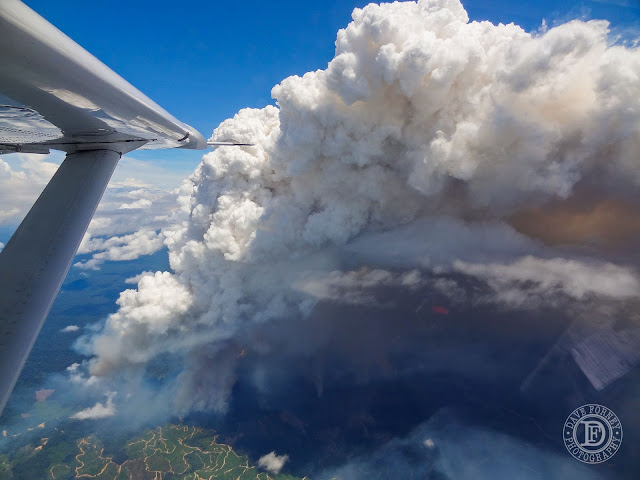 Although this one was putting out a lot of smoke, the fires in our part of Kalimantan generally only affect our weather temporarily and locally.  Often if you fly a few miles to one side or the other, or wait till the next day, the sky is blue and nice again...unless the winds blow from the Southwest! 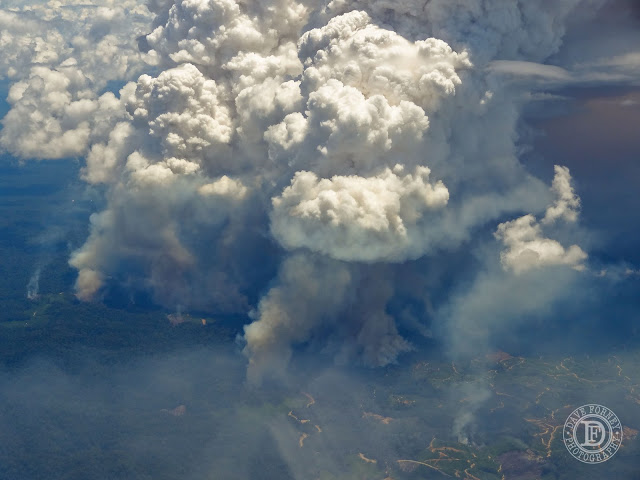 In that case it looks like this!  Down in Southern Kalimantan the smoke is much worse and lasts for a much longer period of time.  Large fires burn newly cleared small fields and huge palm oil plantations.  The fires get down into the peat bogs and smolder and smoke for months.  When the wind blows from that direction day after day (as it has for the past week or so) it brings the smoke with it.  And that makes our flying job much more difficult!

If you squint and look carefully you can just see the horizon line below the wing, where the smoky haze layer meets the high overcast/haze layer.  When you're up above it, it's not too bad.  But obviously you have to get down into it to takeoff and land...and that's not nearly as comfortable when you're flying into a little jungle strip on the side of a mountain. 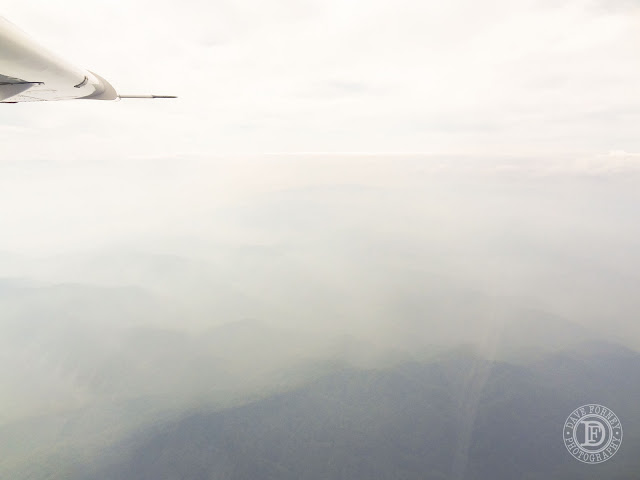 Here's a shot from Saturday, when I was flying down to the Apokayan.  I actually thought things were looking better.  I had good visibility, though the overcast layer above was producing some light rain and fog here and there.  However, things got bad again with 30mph winds from the South bringing in smoke and thunderstorms.  So I turned around on the way to Samarinda and cancelled my flights.  Dealing with the weather can be one of the most challenging aspects of jungle bush flying. 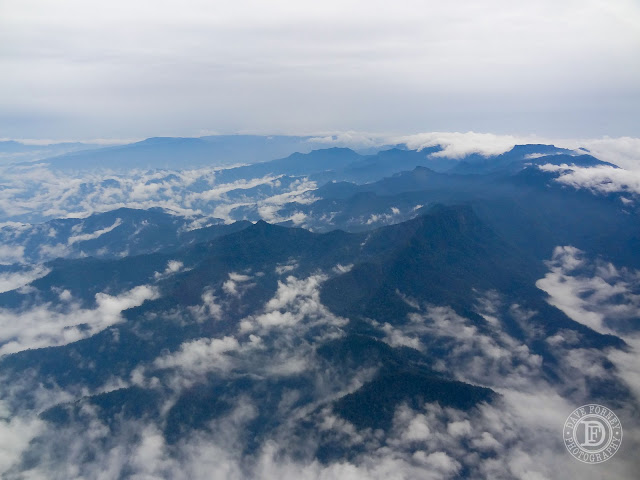 Superb photos and fascinating accounts of what is just "daily life" for you!