Many times I've flown over this waterfall on my way into or out of Long Sule.  While we were in Long Sule, our friends there offered to take us to the waterfall.  It's only about a minute by air from the airstrip, but it takes about an hour and a half to get there by land and river.  It was quite an adventure! 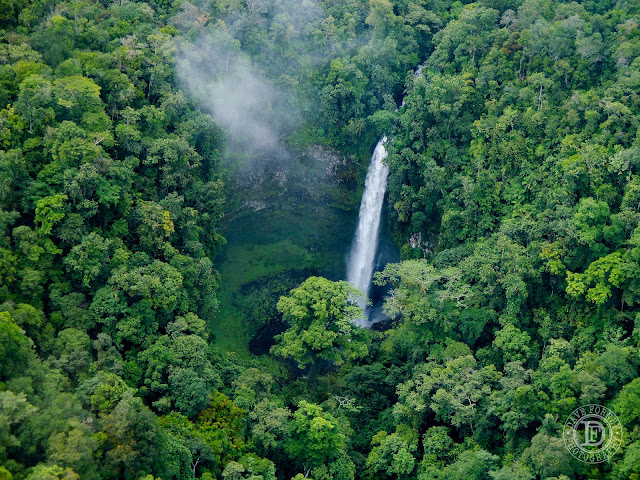 First we had to pile into motorized canoes for a rapid-filled ride up river.  We brought a bunch of gasoline with us from Tarakan so that they wouldn't have to use their own, because it's very expensive there! 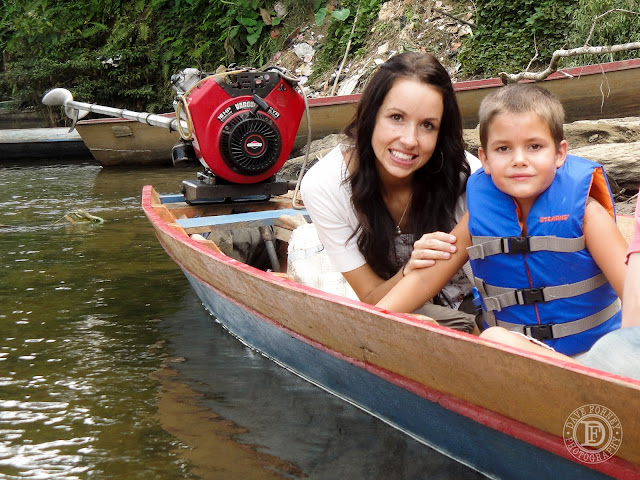 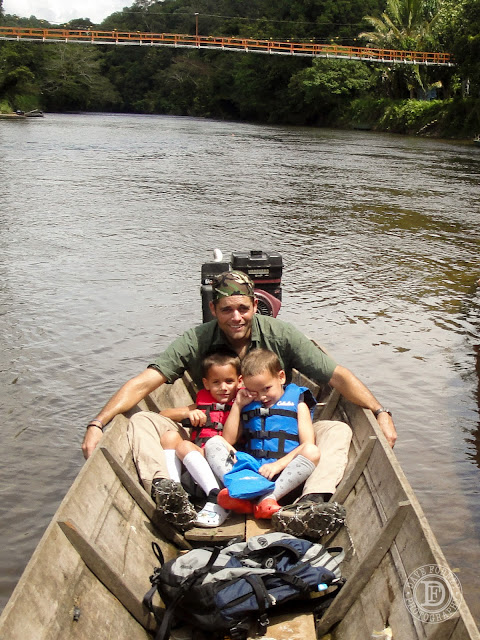 Since we brought extra gas, and since this was such an unusual opportunity for folks in the village, we had many, many people who escorted us.  In the end I counted about 85 people total!  Again, it was humbling the effort that they went to ahead of time to make this a special memory.  Guys had gone ahead the day before and cleared the trail.  Then, earlier that morning they went up to the spot where the hiking trail left the river and they caught a bunch of fish.  By the time we got there they had a fire going and coffee boiling and several perfectly grilled fish ready to go.  In addition, all the ladies that came along brought rice and pig meat and other side dishes, and we had a big, huge feast of a picnic right there on the river bank before starting the hiking portion of the trek. 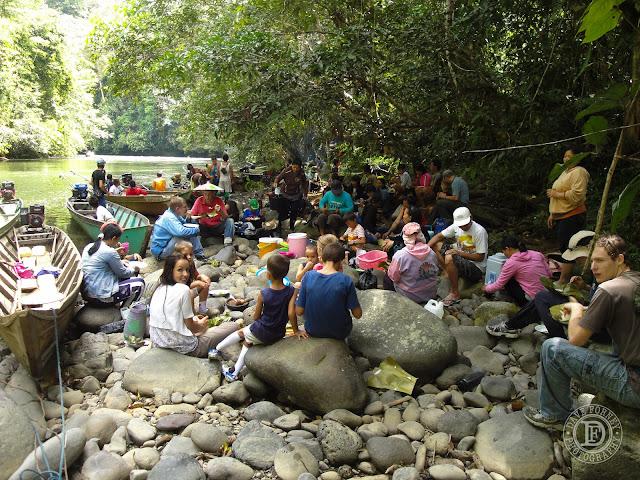 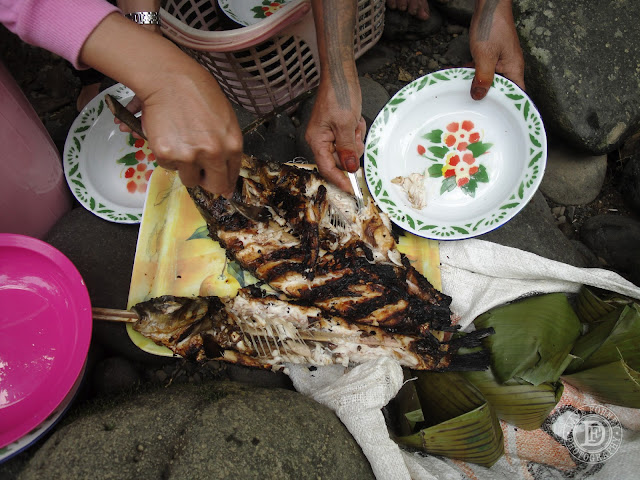 After we were stuffed to the gills we began the hike.  It was a beautiful hike through virgin rain forest. 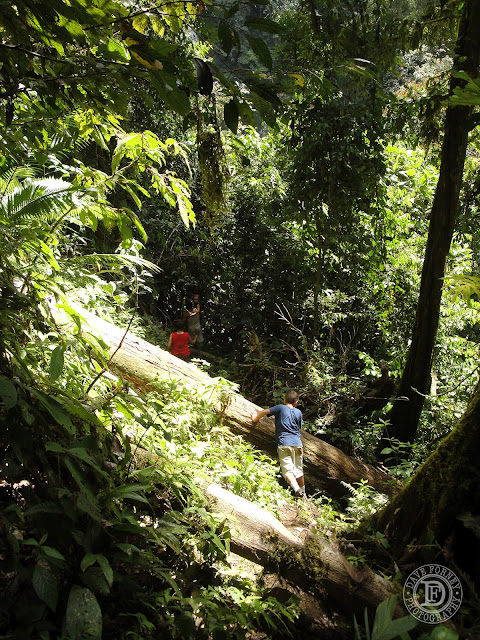 The older kids hiked it on their own, with just some occasional helping hands on the steep parts.  The twins did the easier sections, but in truth they were being fought over by several older men and women from Sule who wanted to pack them on their backs.  They kept assuring us that they carry much heavier loads from their rice fields all the time, and the twins were "so light" according to them.  In any case, it seemed that everyone was most happy when they had one of our kids on their back.  Again, humbling. 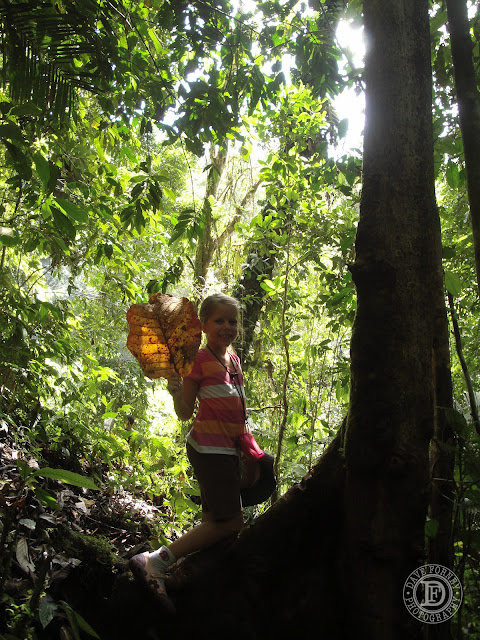 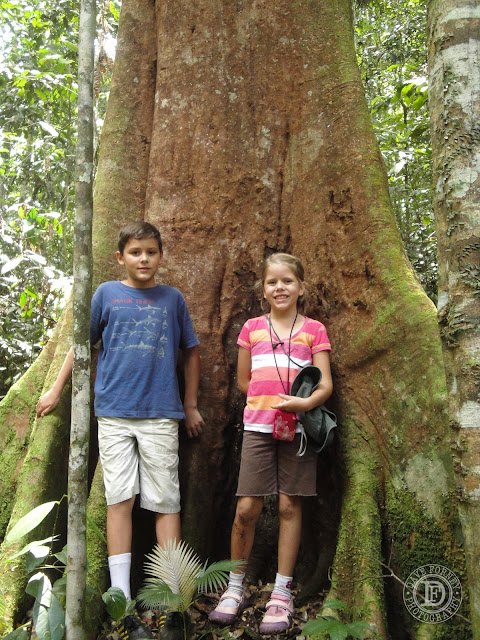 Come back soon to see pictures of the waterfall face to face.  It's pretty awesome!
Posted by Dave at 1:05 PM