And here it is!  It might not look initially all that impressive.  But look closer.  About a third of the way up the picture, to the left of the waterfall you can see a group of people standing on the ledge.  That starts to give you a better perspective of the size and height of this thing! 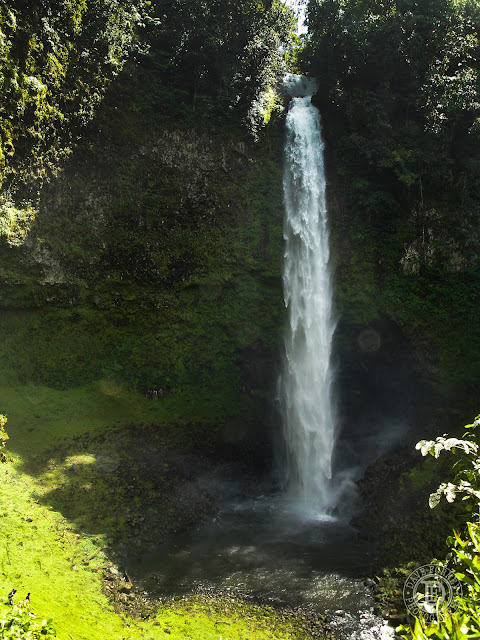 Aren't my two ladies gorgeous!  Who says you can't be beautiful AND adventurous at the same time! 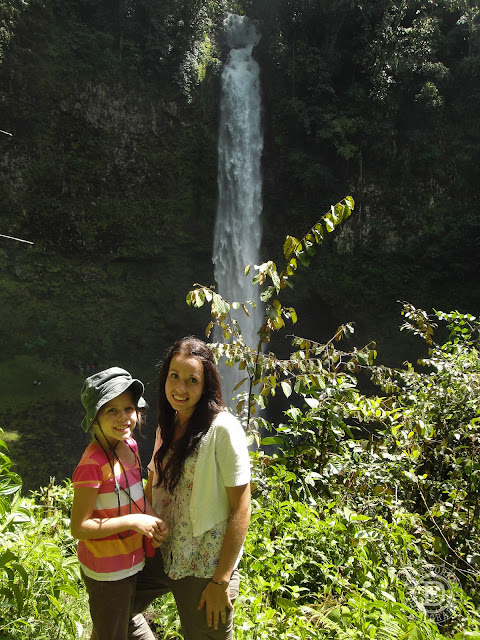 And here you get an even better perspective of the size of the falls.   Check out the people to the left! 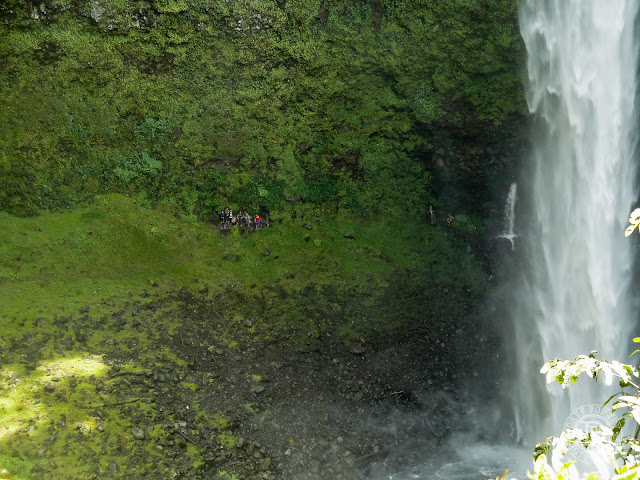 Everything was covered with moss and grass.  It was really unlike anything else I've seen in the jungle.  From up above, where I'm taking this picture, there was just a very light mist in the air.  However, as soon as you started to descend into the bowl it increased in intensity.  Since the waterfall pounds down into a bowl that's surrounded on almost all sides by very steep walls, it generates it's own crazy winds and "weather".  It's almost like a waterfall into a giant sink hole! 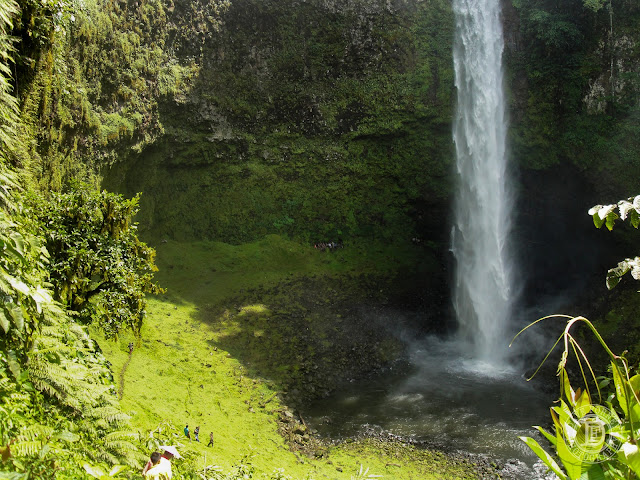 By the time you get about half way down you're starting to get drenched.  The wind is fierce.  It was so surreal, b/c the sun was blazing hot up above, but the water from the falls was pounding down with such intensity that it was generating a continual wind and sideways rain that was very cold.  At times it felt like it was going to knock us right off our feet. 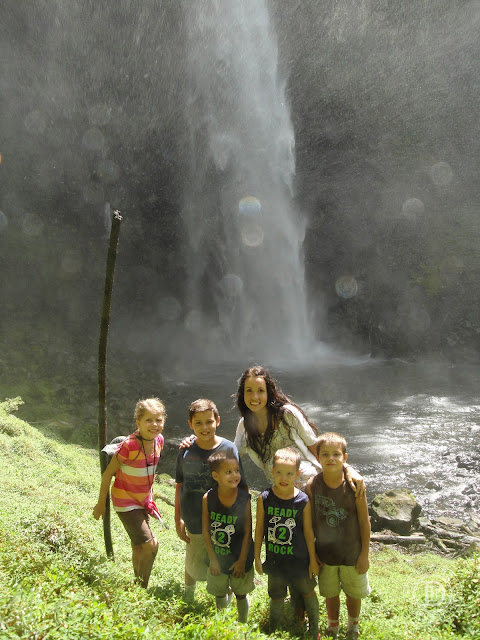 As we hiked around the rim to get behind the main waterfall, we had to pass several of the smaller falls that come out of the sides of the cliffs, some that are 20 or 30 feet tall. 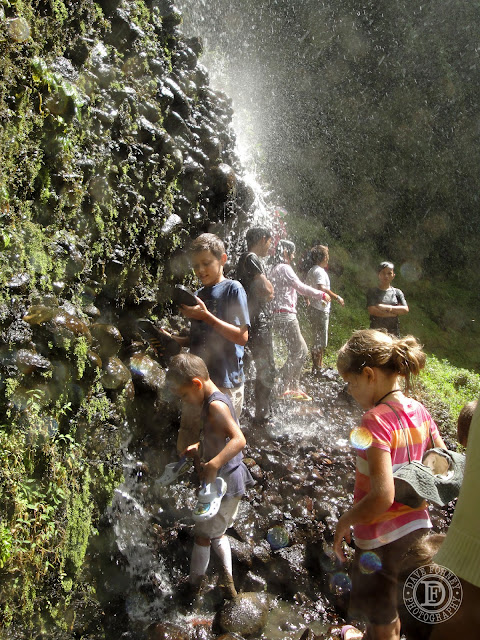 It was a weird feeling going back behind the big falls, because the walls of the bowl that surrounded it were actually leaning pretty far out over our heads, and went what seemed like several hundred feet up at an inverted angle.  And like I said, everything was very wet, and muddy and loud and windy. 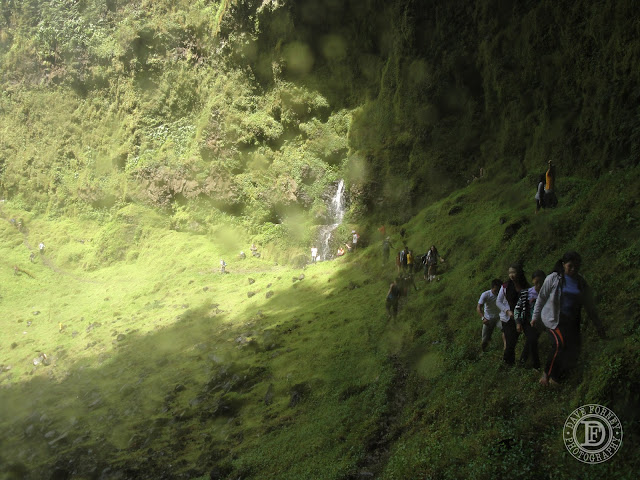 After we achieved our goal of standing behind the falls, we slowly made our way back around and then down to the "pool" at the bottom, where the three older kids tried to swim for a few minutes before getting too cold.  The wind was fierce down there, and it was hard to breath without swallowing lots of mist and water in the air and choking a bit on it. 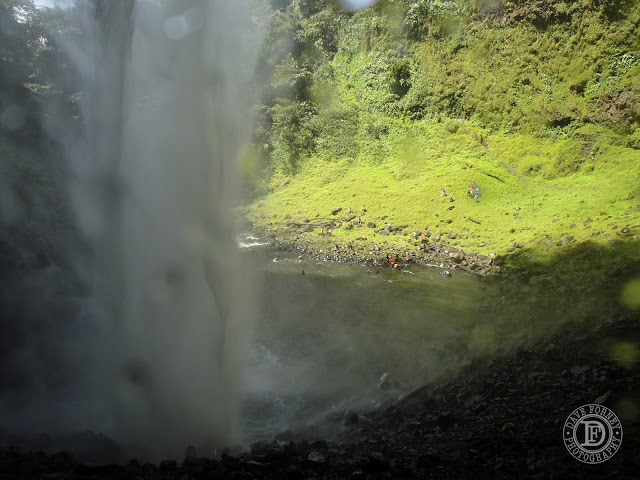 We all agreed that this was one of the most beautiful and amazing things we've seen in God's awesome creation...and we've seen a lot of neat things!
Posted by Dave at 3:26 PM