Every day we have guys flying over some of the most rugged, remote, and beautiful jungles in the world!  From above it's a peaceful, non-threatening scene--reminiscent of the the Smoky Mountains of Tennessee. 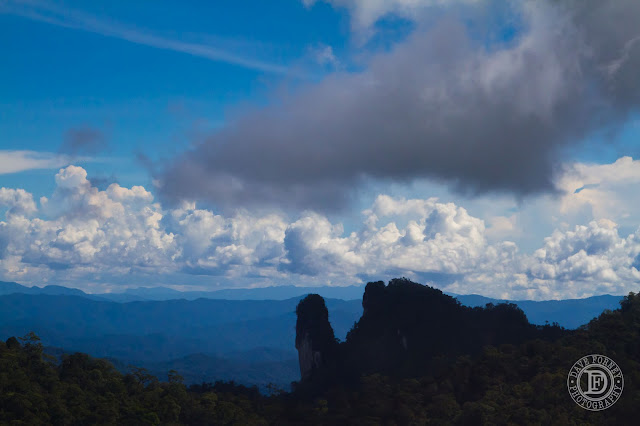 But down under the canopy it's a whole different world--nothing like the comparatively gentle and benign woods of the Appalachians! 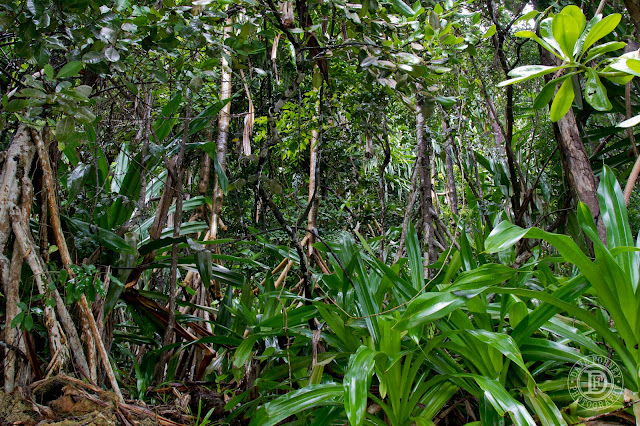 Indeed, the jungles of Borneo often appear, when at eye-level, as nothing short of rugged, cruel, impenetrable walls of thorny, leech-infested, dripping vegetation.  Fortunately we fly some of the best-maintained bush planes in the world.  We continually train, are routinely tested, and held to very high operational standards.  With that foundation and an extra big measure of God's grace, accidents are extremely rare in MAF, despite the thousands and thousands of flights we do all over the world every year.  But what if the worst case scenario happens?  What if the engine does quit while over that vast ocean of jungle? 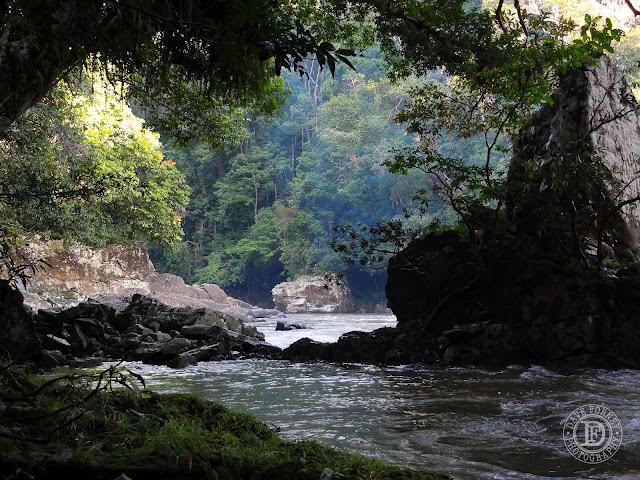 Well, we train for that too.  If handled correctly, there's a very good chance that the pilot and passengers would survive the initial "landing" into the jungle.  But what happens over the next hours or days could be the difference between life and death.

Every few months we take a day off of our flying and wrenching responsibilities for all the MAF pilots and mechanics in Kalimantan to have a "tech meeting" where we discuss all manner of technical operations and safety issues.  Last month we had a unique tech meeting that focused on jungle survival.

My good friend and fellow MAF pilot, Paul, and I have spent a lot of time over the past few years trekking through the jungles of Borneo.  When you add it up we've spent more than a month worth of nights sleeping under the canopy.  We've learned a lot about jungle travel and survival from our extremely knowledgeable Dayak friends that accompany and guide us on these adventures.  But I think the thing that's most stuck is that the jungle is not a cozy, friendly place to a person unfamiliar.  There's many ways to die in the jungle, and the tricks to survival are elusive and frustrating.  With that in mind our Chief Pilot, Craig, asked Paul and I to lead a one-day tech meeting on jungle survival. 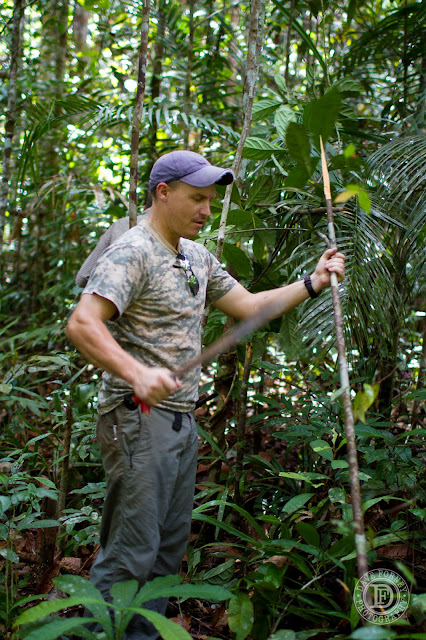 Since I was already swamped in the office with other responsibilities, Paul offered to head it up on his own.  He got Pak Nelson, (pictured below), to help him out.  Nelson is one of our national hanger employees, and a very knowledgeable guy when it comes to jungle skills and survival. 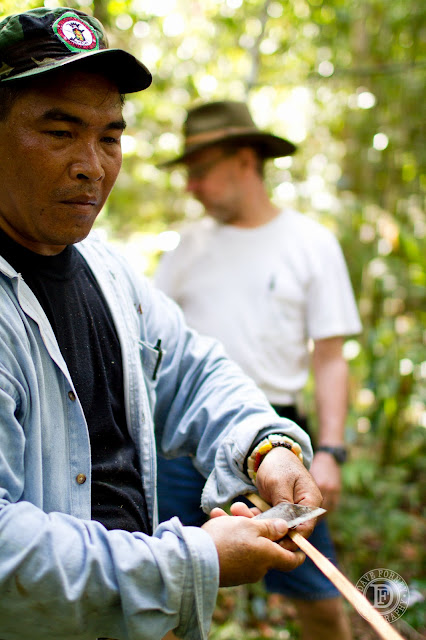 After spending half the day in the classroom, we ventured out to the nearby jungle for various demos and hands-on learning opportunities.  We learned how to construct a shelter for sleeping up off the jungle floor. 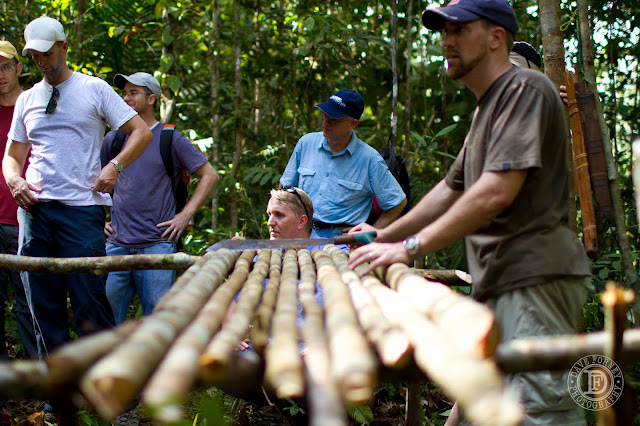 We learned and practiced how to build a fire when everything available is soaked through and through. 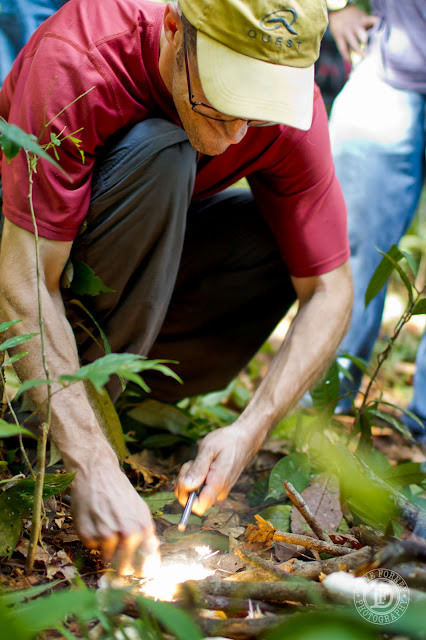 We learned a few things that can be eaten straight from the jungle. 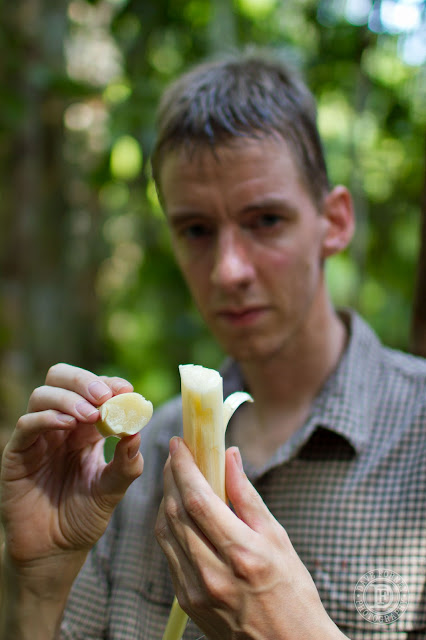 And a whole lot more.  It was a fun, instructive time--both for what we learned and for the opportunity to hang out as a group of friends and fellow technicians, in an environment that we're usually looking down on from a few thousand feet above. 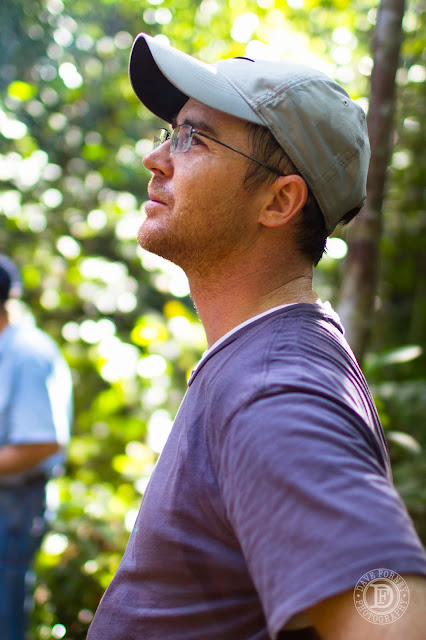 And I hope we never have to put into practice what we practiced that day...well, at least not in a real survival scenario.  I'm already planning a jungle adventure for this summer with my oldest son, Britton.  But that's different.
Posted by Dave at 1:58 AM

Once again this brings back memories of the Amazon rain forest. We always said that survival in the jungle was likely more of a risk than a controlled emergency landing. And the bugs , large and small would have been the major contributing factor .

i hope you'll never need to use this jungle survival skill when you're on duty. :)

i remembered a pastor told us on his preacher last sunday that if you lost deep in the jungle, just find a river and then walk upstream. surely you'll find a village nearby.