Here's some really random pics and words from the past few weeks. 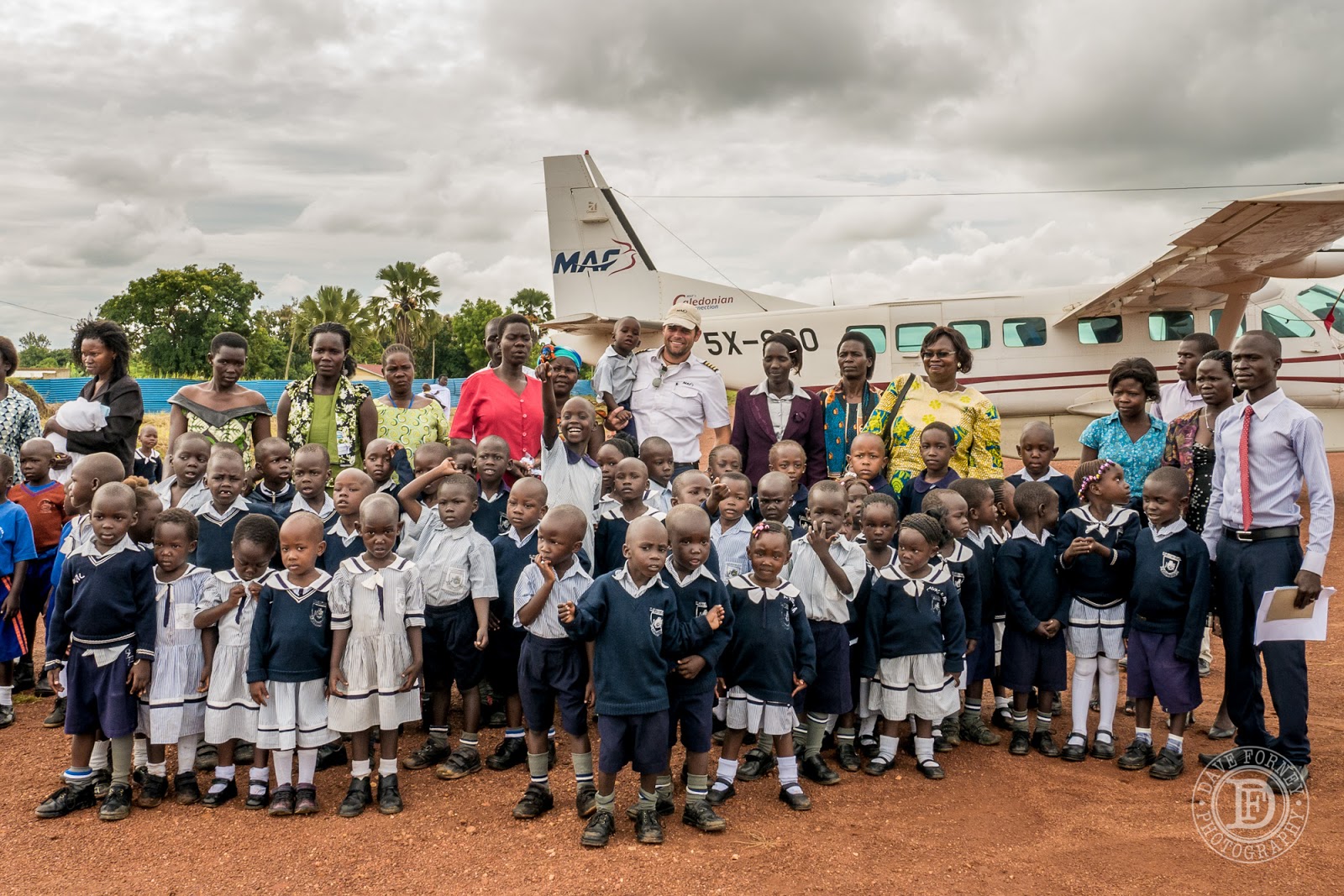 Recnetly I was up in Arua, waiting for some passengers from South Sudan to arrive.  As often happens there, a large group of school children came to the airport for a field trip.  They were so excited to see the airplane--just sitting there.  I wish I could take them all for a spin around the circuit.  Can you imagine how excited they would be?  Well, that's not an option, but I could stop and engage them.  I asked if they had any questions for the pilot.  They were super excited and, after singing me a song--something about a butterfly and wanting to be a pilot--they asked me a few random questions.  But what they really wanted was a group photo of them with me.  (There was a guy from their school taking pictures of them.)

So I handed my camera to a lady who was standing there watching, and then I stood where I was directed by the teachers.  Immediately the little boy in front of me turned around and looking up at me, held up both his arms, clearly indicating that he wanted me to pick him up.  So that's what I did.   It seemed like a smart move on his part--he was a short, little, kid in the back that couldn't see or be seen.   But now he could! (Photo above).  At some point the little guy just sort of put is head down on my shoulder and got all comfy.  He seemed oblivious to the camera.  But the lady who I had handed my camera to--well, you would have thought she was the paparazzi.  She was snapping pictures like crazy, which was good, because most of them were out of focus or had motion blur.  But there were a few good ones in the end, and I thought this one, in particular was a nice shot. 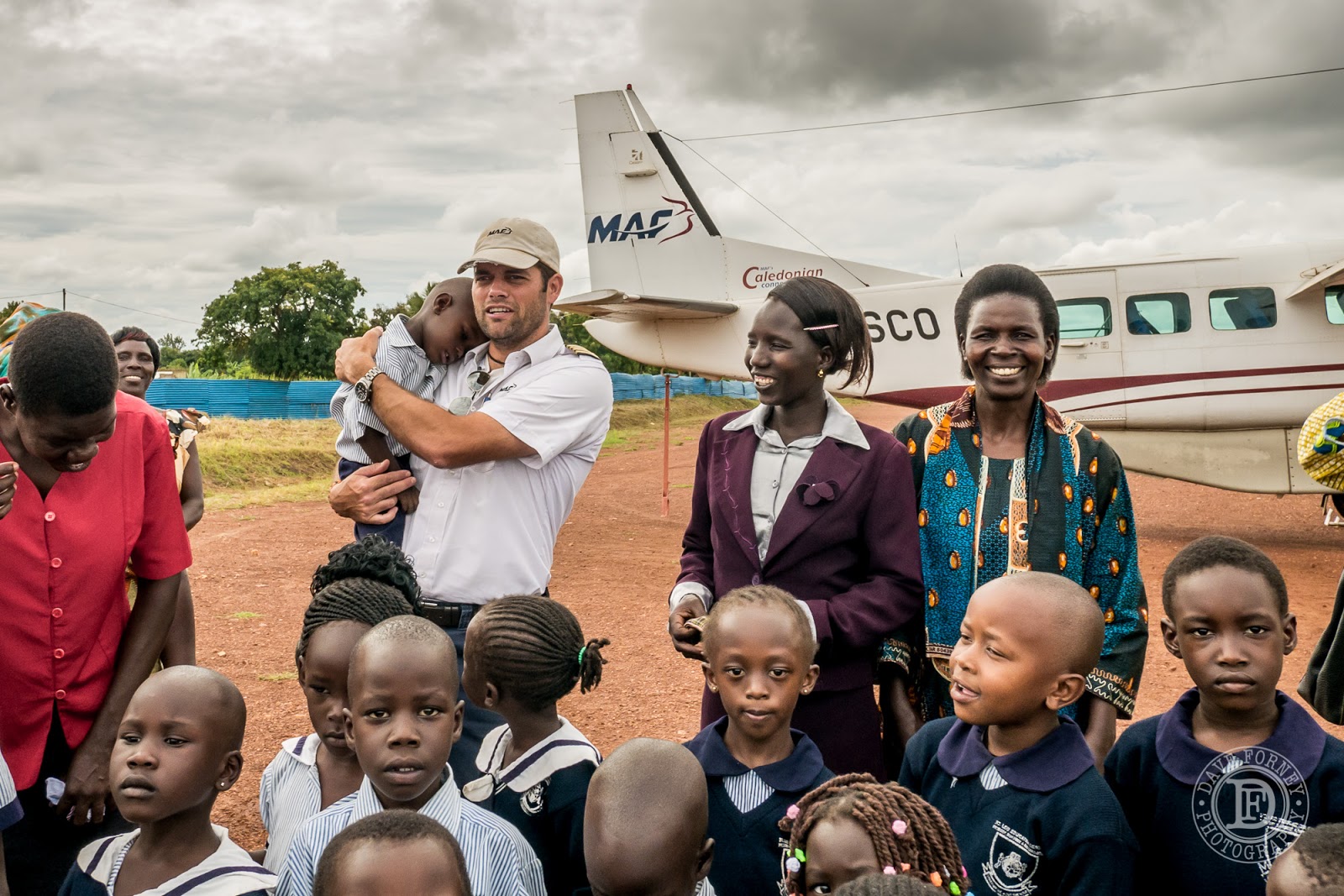 A different day when I was flying up to Arua, I fought some seriously ugly weather.  I was very glad for weather radar, but it took a lot of close attention to navigate through the "nice" parts of the bad weather.  That said, when you're descending or climbing below certain altitudes, unless there is an instrument approach (which there's not, except at 2 locations in Uganda) you must be out of the clouds.  This is what it looked like as I was approaching Arua--and this was the "nice" part of the trip. 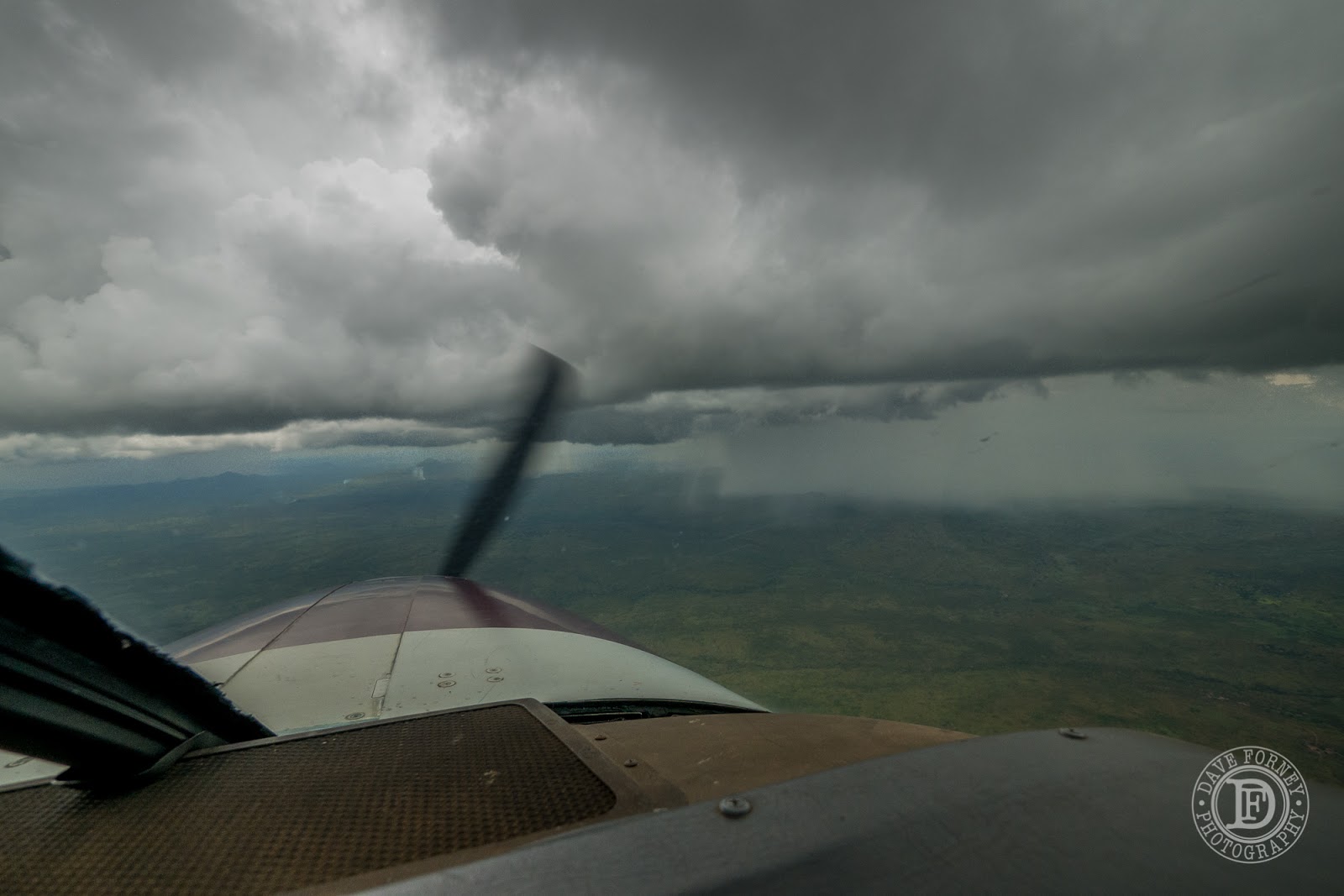 Coming back at the end of the day, almost the entire center half of Uganda was smashed with weather.  There was heavy rain and thunderstorms that were very wide spread.  Again, I was very thankful for both the weather radar and the new avionics panel that made it much easier to navigate safely around the bad stuff.  What a feeling it was when I finally broke out (underneath the stormy weather) about five minutes from home, and saw this!  Can you believe my camera battery was dead though?  Yeah, rookie mistake!  I can't even remember the last time I've had that happen.  Anyway, I still had my phone, so these next two were taken on my phone.  This was looking off towards Southwestern Uganda, as the sun was sinking low in the sky and sending golden shafts of light through the very, very dark clouds.  And yes, they really were that dark! 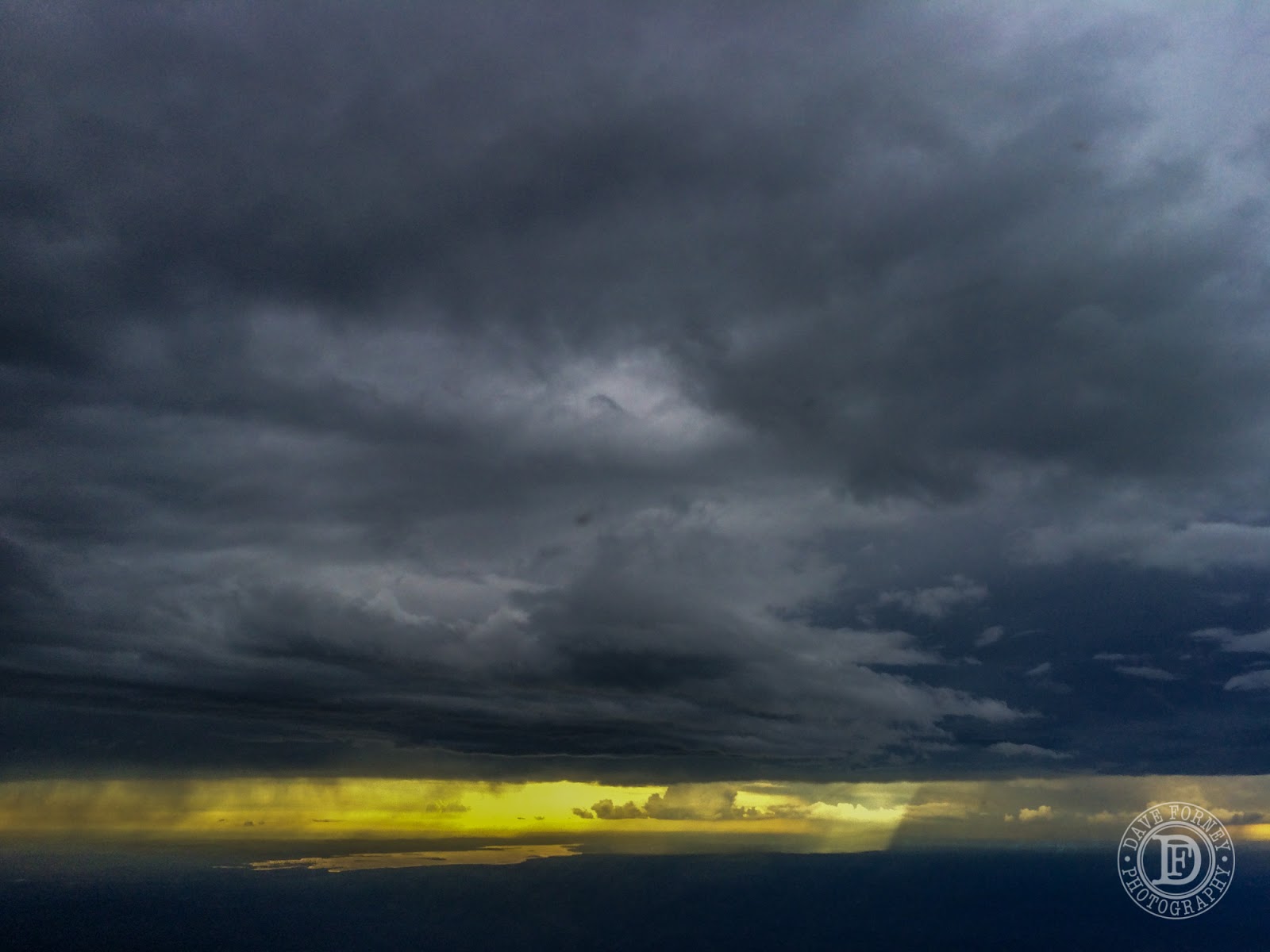 Meanwhile, off to the other side of the airplane was our home city of Kampala, shrouded in a low, wispy, eerie-looking fog of sorts, from the rain that had obviously passed through.  It was a very surreal scene, and all of the passengers were clearly enjoying it--especially after an hour and a half of looking at nothing at all except for the dark clouds and rain that we were flying in most of the time. 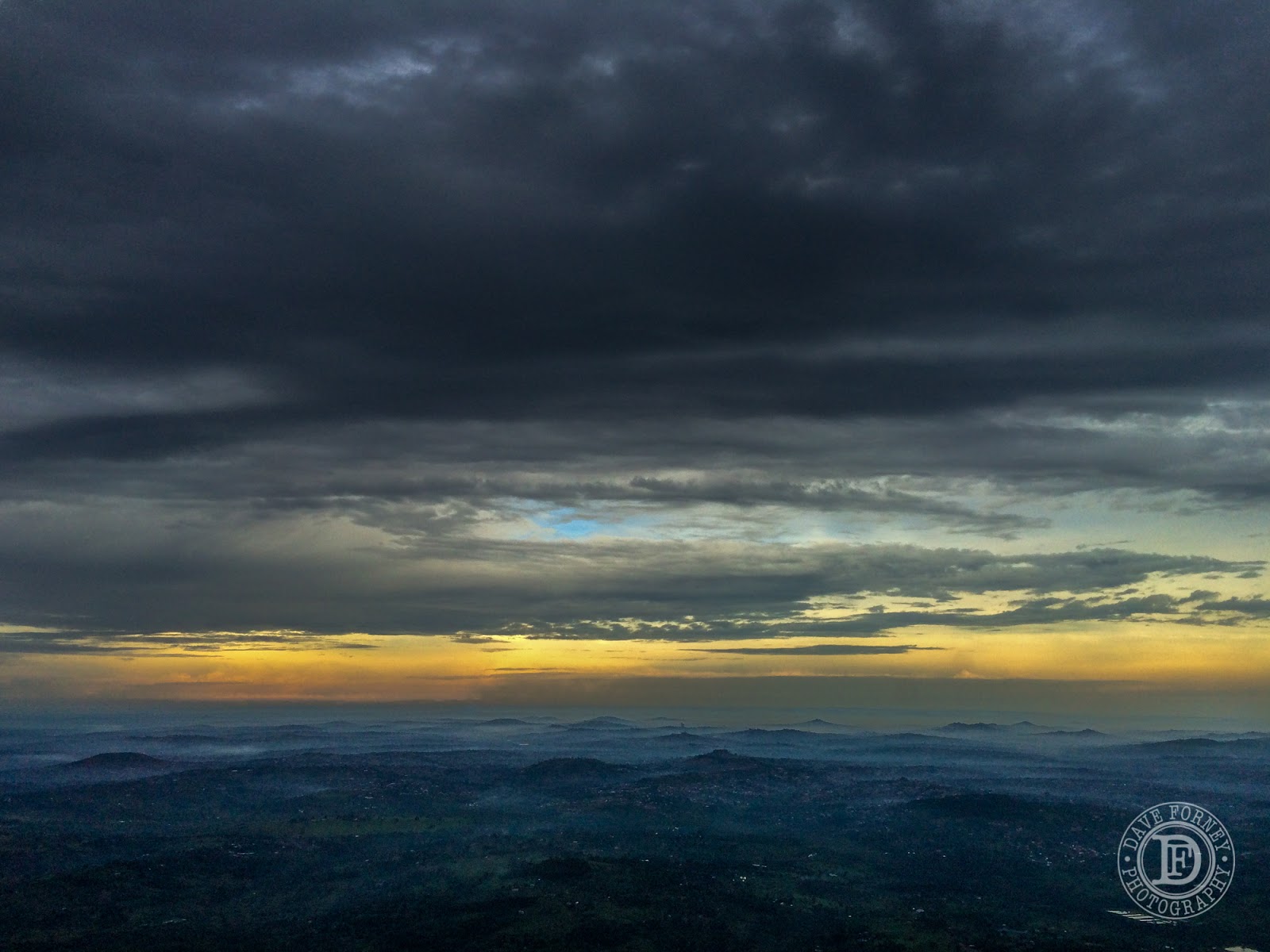 These next two shots were taken up in Kaabong, way up in the Northeastern corner of Uganda, near the Kenyan border.  I love how almost every single boy that I ever see in these parts always has a stick with him.  It's their version of a Leatherman!  These are cattle and goat herders, and this particular group of boys had a herd of a few hundred goats and cattle they were moving along the strip when I landed.  I had to wait here for a passenger for a little while, so they were checking out the plane.  I was equally as interested in their herd of goats and cattle.  :-) 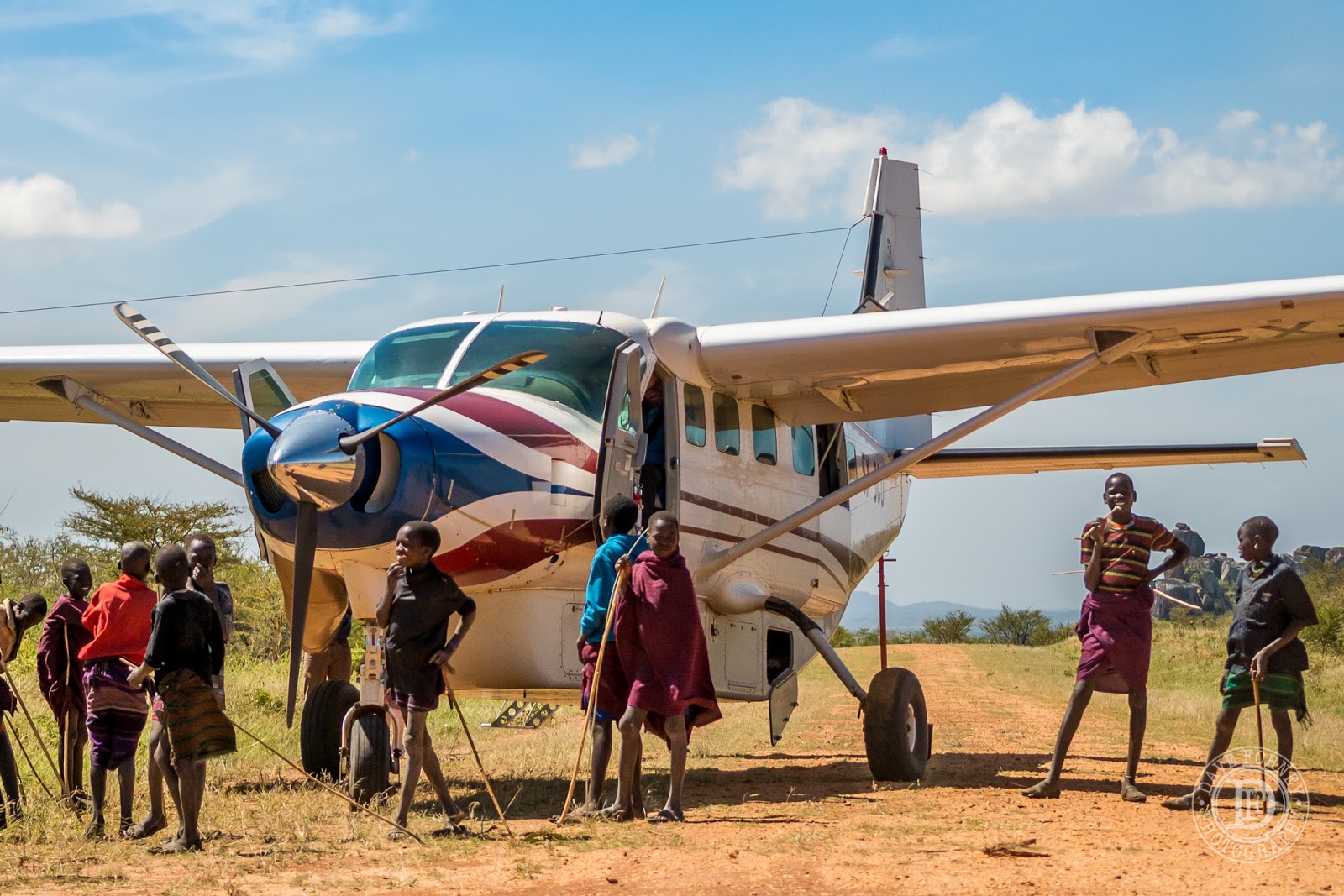 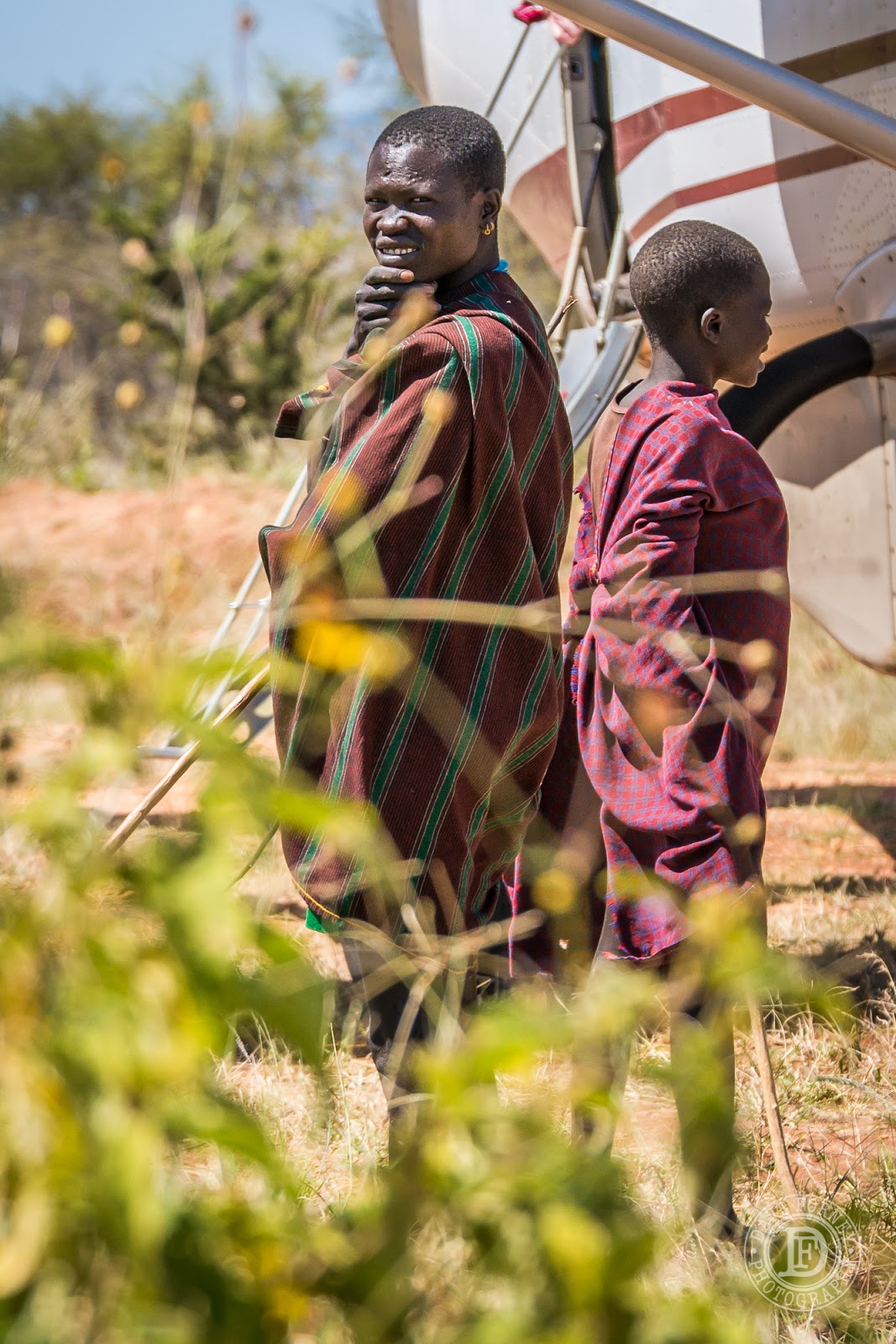 A few weeks ago I had a lunch meeting with our Operations Manager.   We're good friends from waaaaayyy back in our flight school days.  Anyway, we had to discuss some work-related stuff and decided that we'd get more done without the distractions that often happen at the office.  So we walked down the street to a little diner.  Now, this is not the finest restaurant you've ever seen, but it's actually not that bad either.  Quite a few ex-pats that eat there, and they are known to have good food that's pretty cheap.  No wonder it's cheap!  Haha.  Well, needles to say we didn't exactly get a distraction-free lunch, as this cat was playing with a dead rat right beside our table the entire time we were there.  The cat was having a grand old time, tossing the stinky rat into the air, (once it even landed on the couch) and batting it around.  Disgusting? Yes!  But did it ruin our appetite?  No.  After many years of living overseas, it would take more than this to ruin our lunch.  Besides, we were having the chicken, not the rat...I think.  Did I tell my wife about it?  No.  Well not for a while anyway...she likes that place and I didn't want to ruin it for her.  But eventually she saw the pictures on my phone.  And guess what?  She just laughed.  That's my kind of woman! 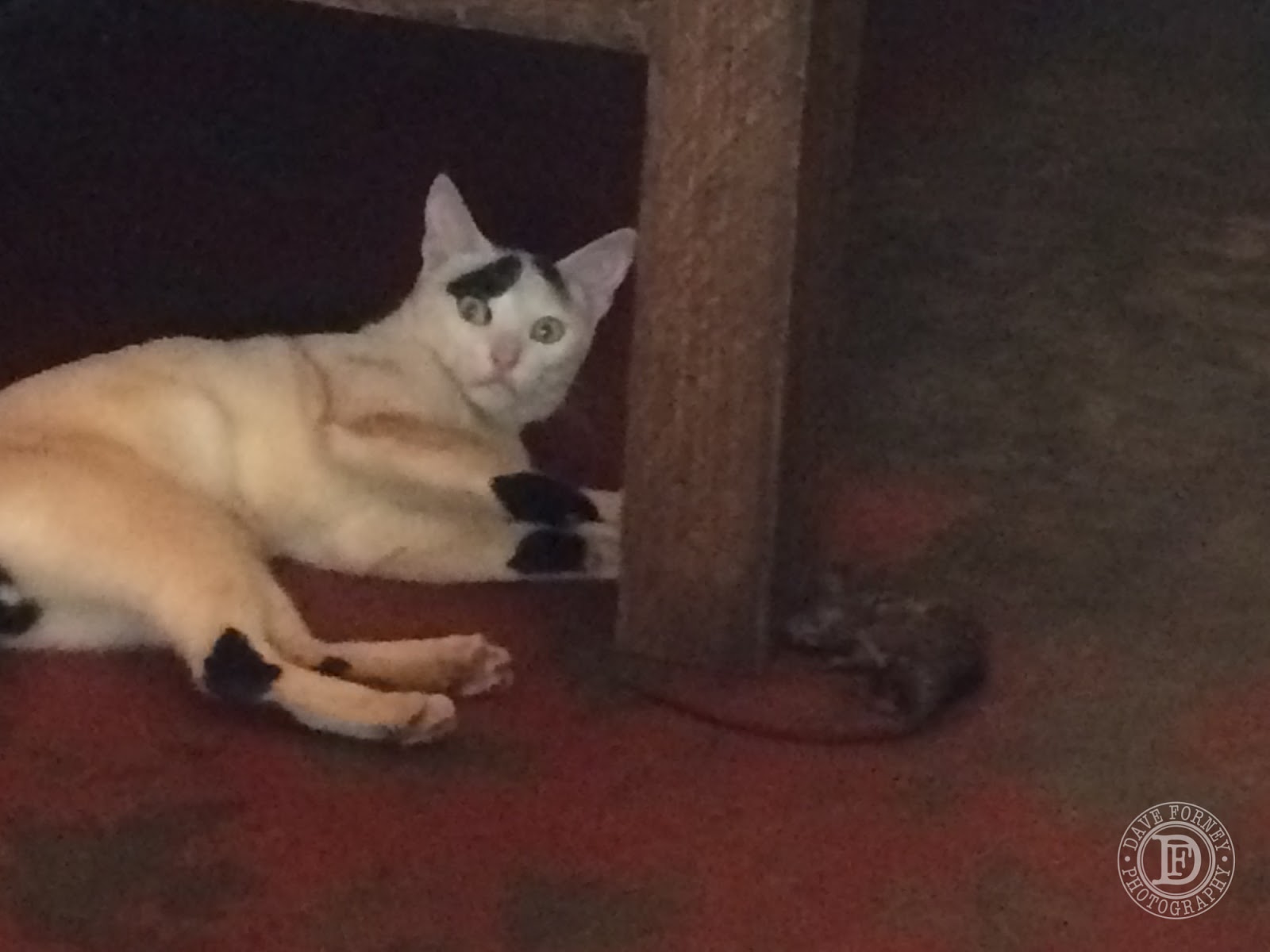 This is a not-uncommon sight along many of the roads around Kampala--a bunch of Acholi cattle with their HUGE horns walking down the center of the dirt roads, going from who knows where to who knows where to find some grass to eat.  I'm always amazed at how they can hold their heads up with those massive horns.  They must weigh a ton!  I always have to resist an urge to jump up on their back and grab the horns and try to ride one.  Yeah, probably not the best idea, but I keep thinking it would be fun to try.  That's probably the kind of thing you only get to do once! Ha - Cat and Rat lunch!! Awesome!! Great pics as always Dave, and I love the small insights into your life over there.

Merry Christmas to you, Joy and the kids!