Here are a few pictures I promised of the Christmas party for special needs kids.  We were invited to join and help with the party by our friends and fellow MAFers, Margaret (who attends the Ugandan church were the party was held) and the Eagers (who are one of our newest families to the program and have a special needs daughter.) 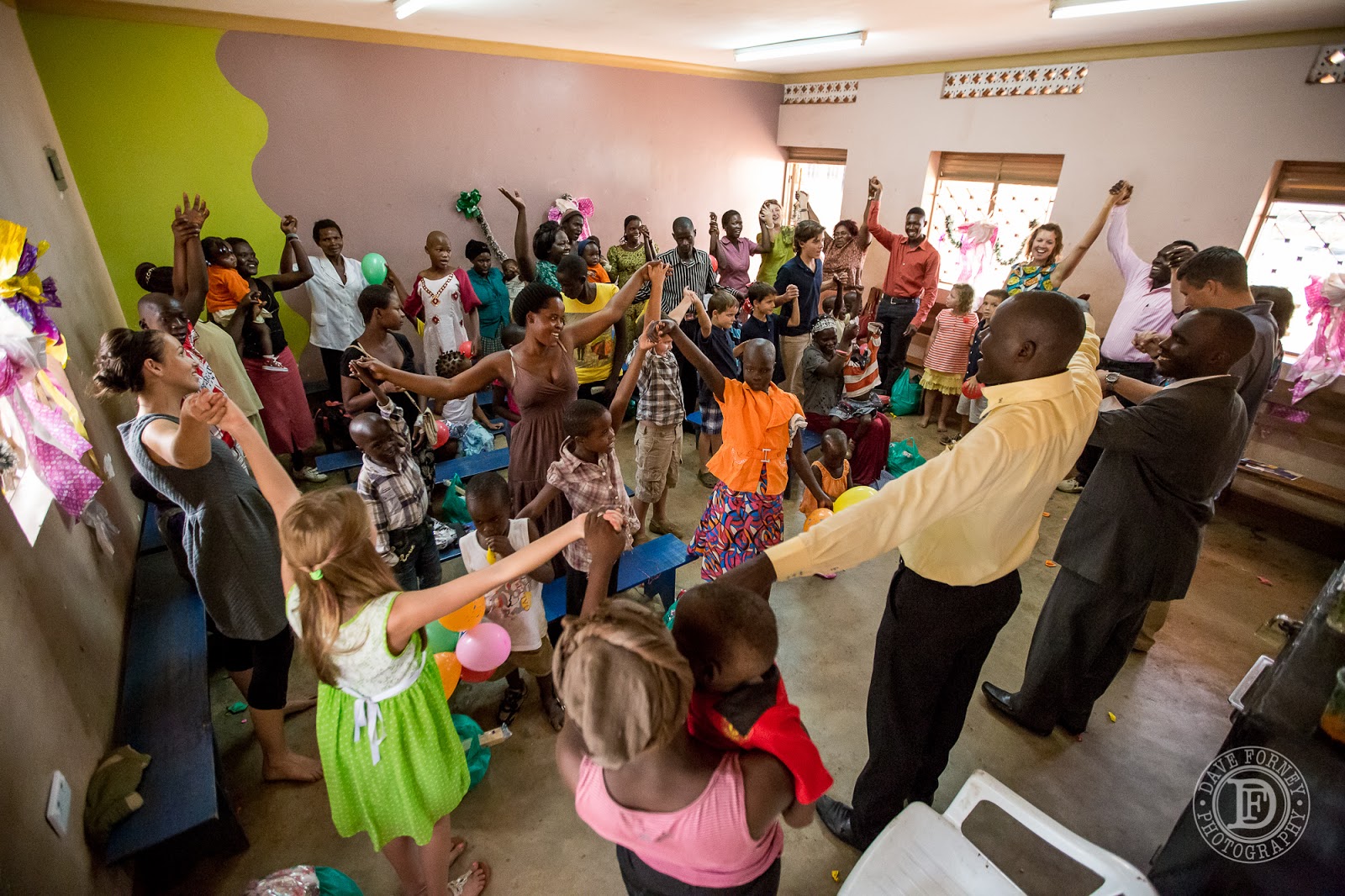 I was asked to take pictures of the whole event, so that later each child/family can receive one or more printed pictures of themselves.  Apparently they'll really like that!  Although I was expected to take the pictures, I still didn't want to be distracting or obnoxious or scare the adorable kids by getting too close with a big camera or shooting with a flash.  So I used only the natural light (what there was of it) and generally stayed off to the sides with a longer lens...the few exceptions being when the whole group was excitedly singing or cutting the Christmas cake, or things which kept them preoccupied, like the above shot. 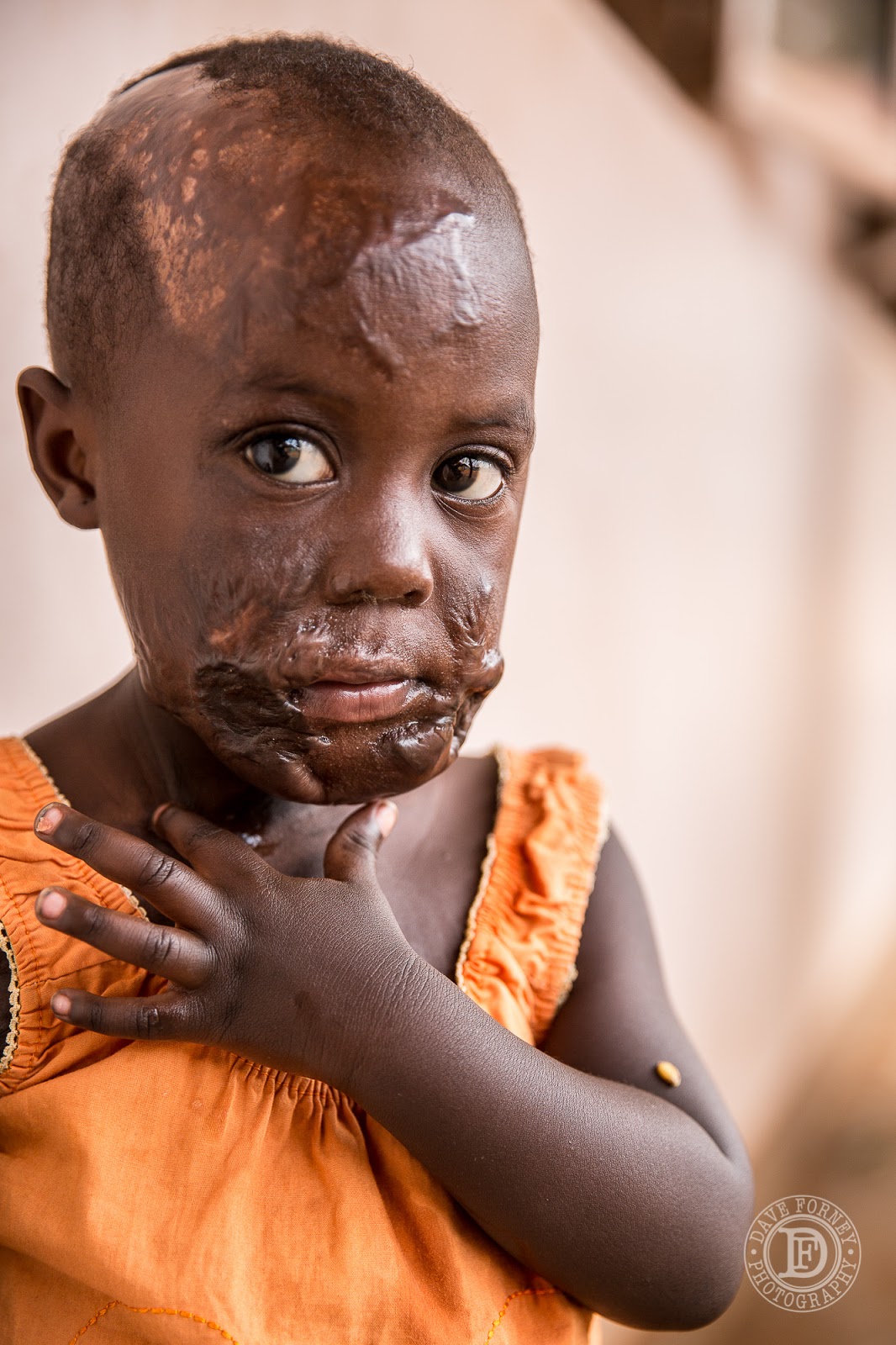 There were a variety of children of different ages and disabilities--each one special and unique and loved by Jesus, even if often rejected by by their own family and society.  I have to say that while some of the children were brought to the party by caretakers, there were a number of them who were there with their biological parents.  That is a HUGE deal here in Uganda, where kids with special needs or disabilities are often seen as a liability, or a curse to literally be thrown away.  I'm going to do one more post after this one, where I show you some of those parents and caretakers--true heroes in my opinion, for loving and caring for these precious ones in a place where it's definitely not easy! 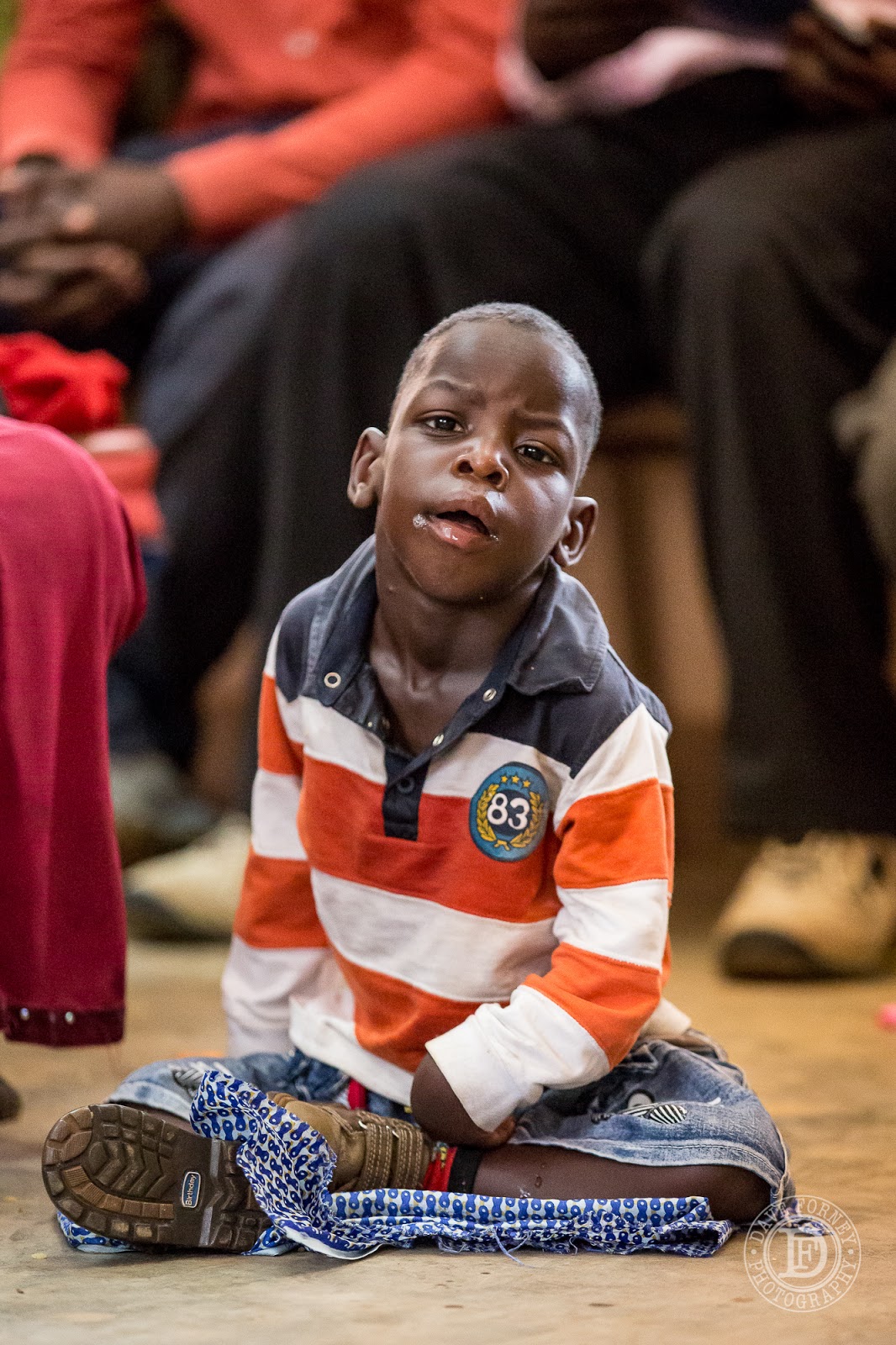 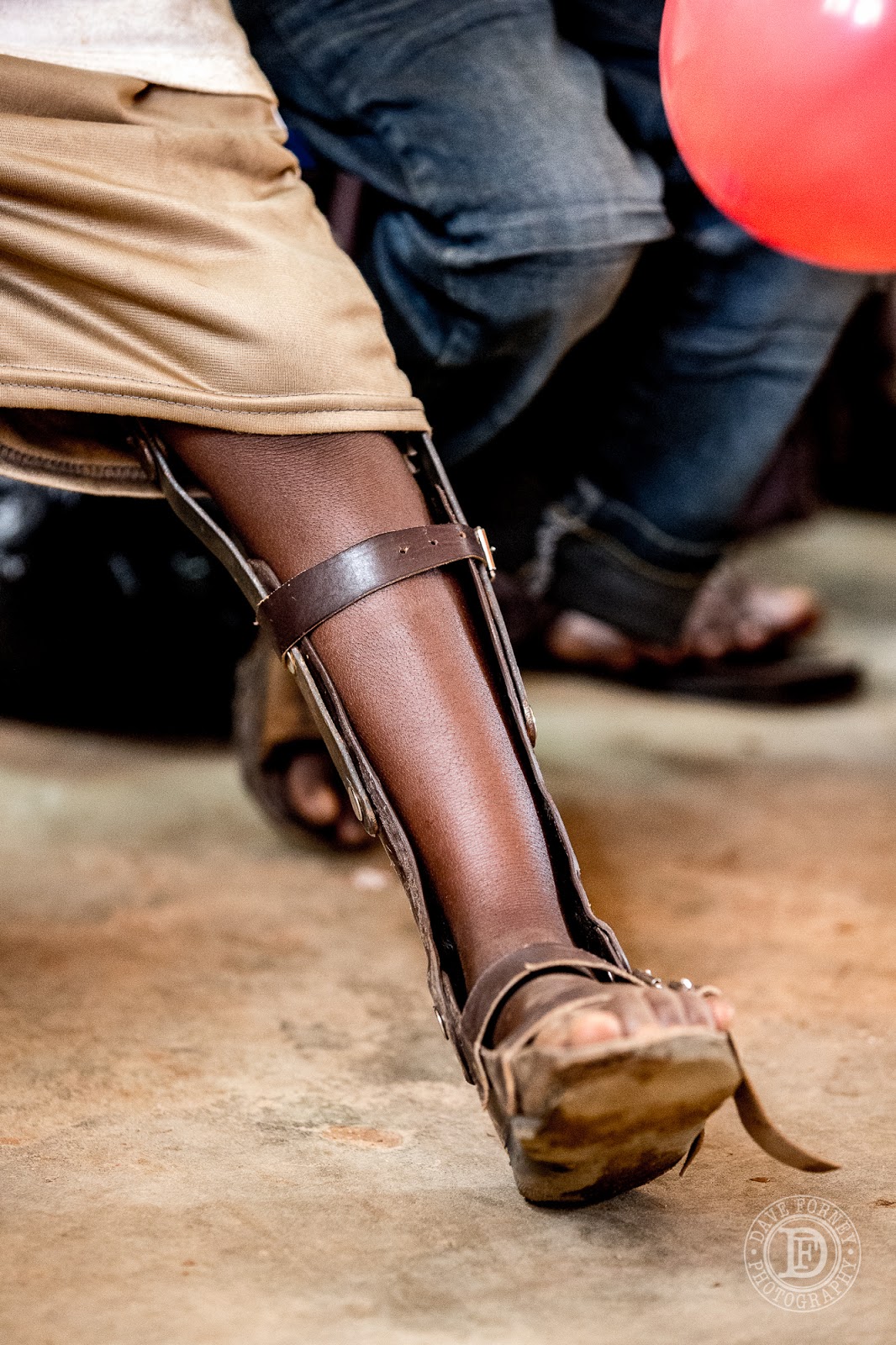 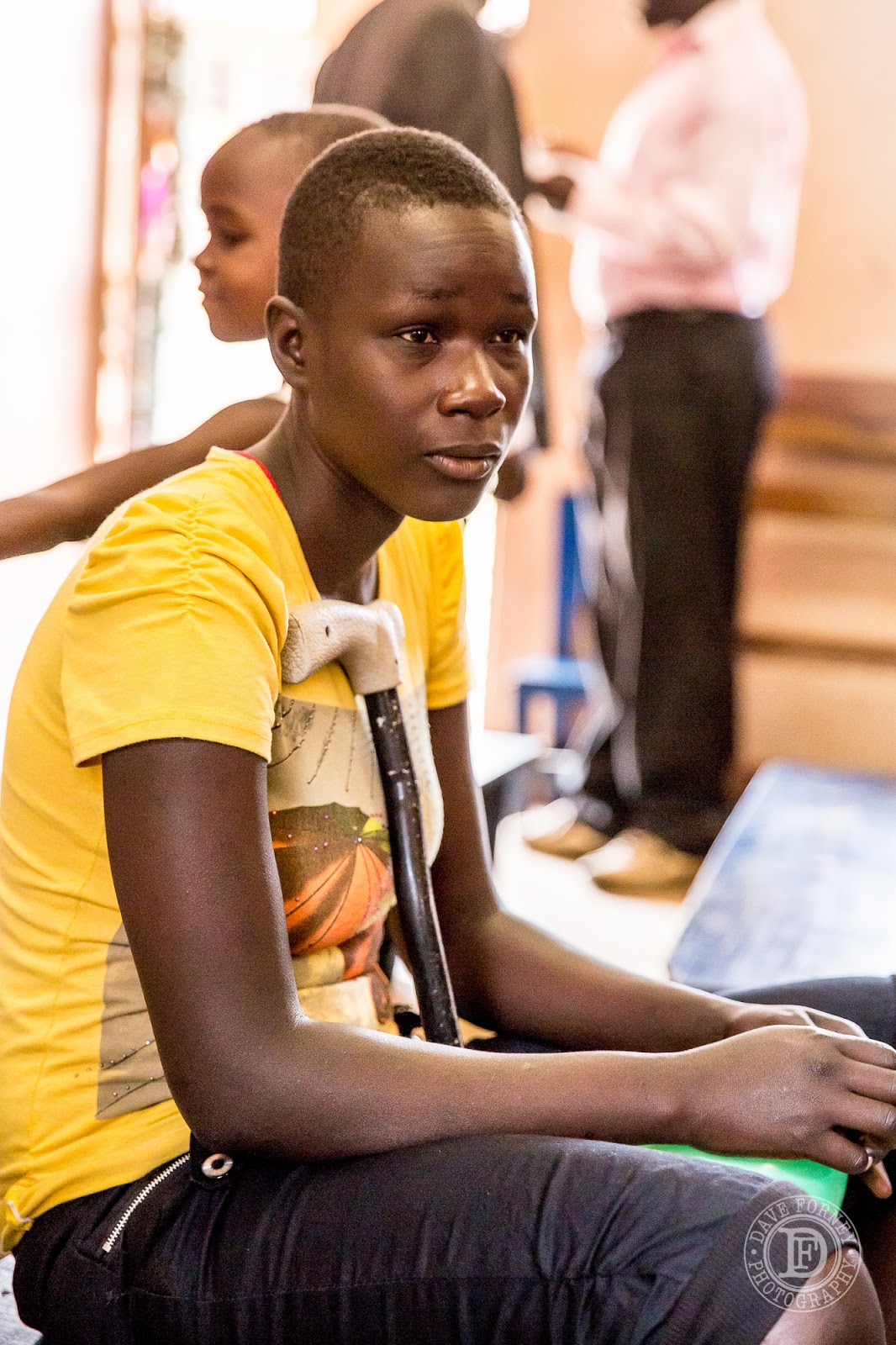 Our own little foster boy, Gift, is special needs, being deaf and having cerebral palsy and delayed development due to extreme malnutrition and lack of care in his very early years.  Gift absolutely loved the party, and, as he often does, he was all too happy to make friends with everyone around, albeit without speaking or hearing a single word. 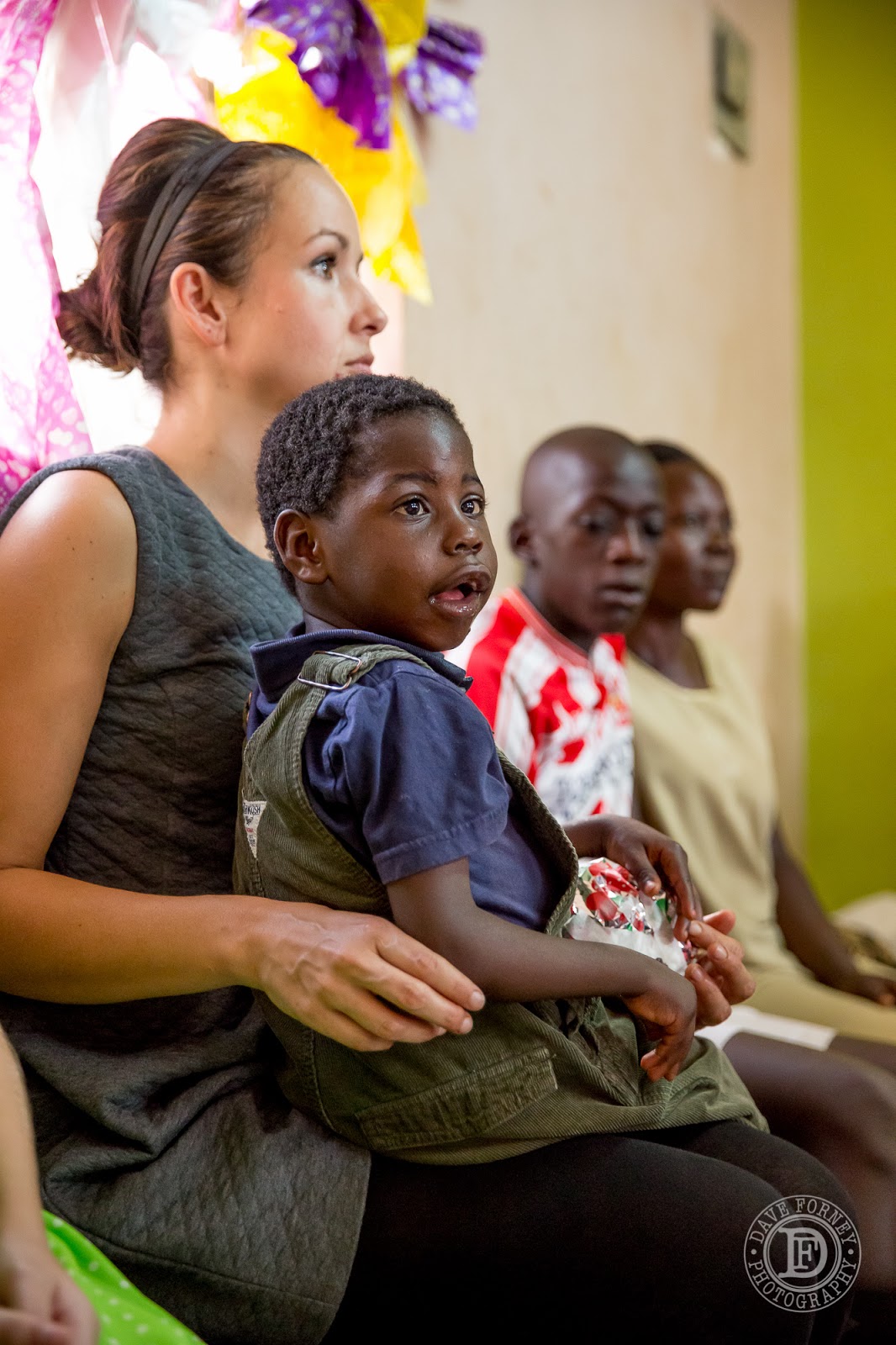 After initial introductions there was food! What's a party without food, right? 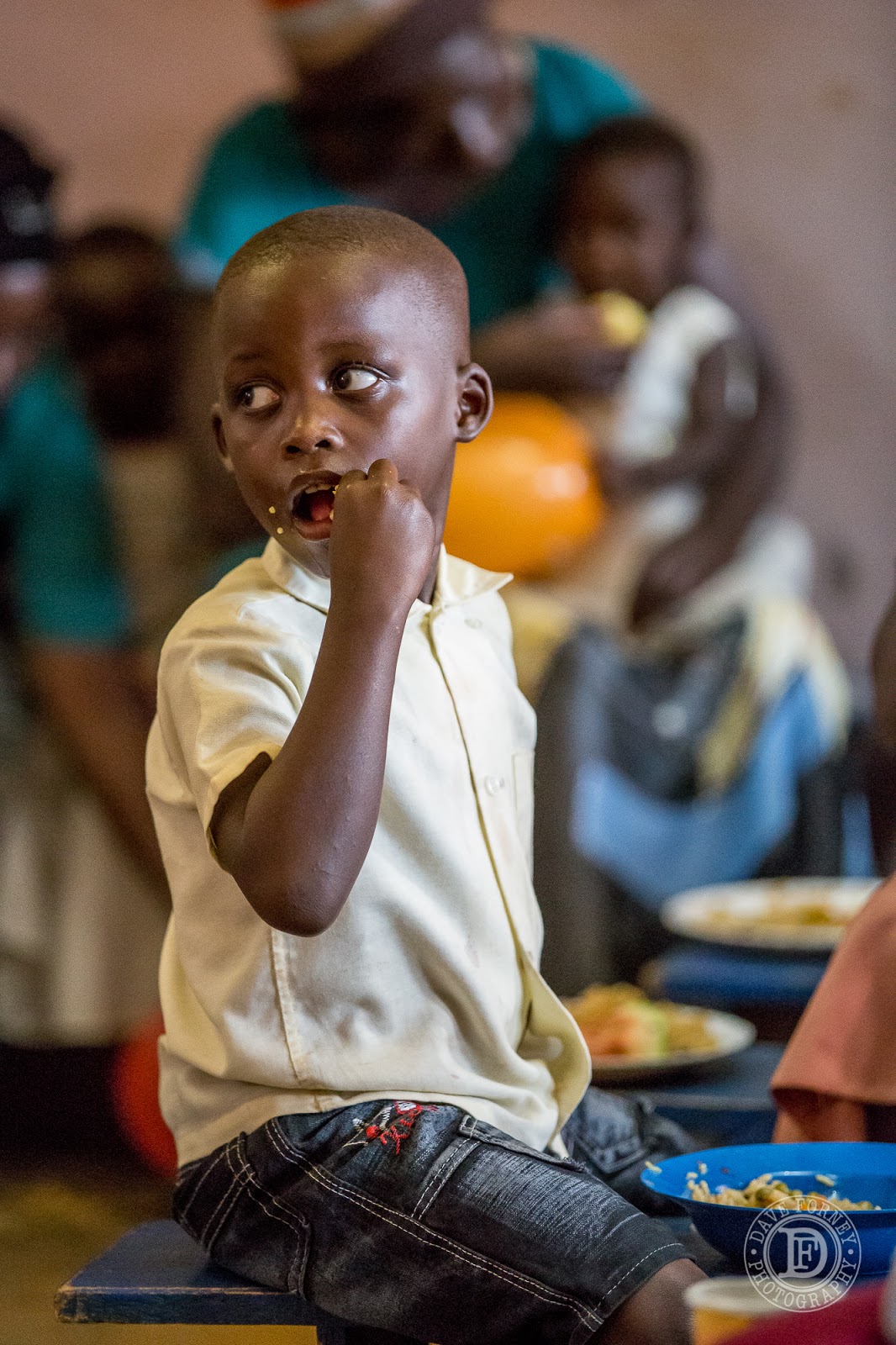 While people were enjoying the food, dozens of balloons were being blown up (yes, many of them did in fact literally blow up--they just don't seem to make them as thick and "durable" here) and passed around to the kids.  Ain't that just the cutest balloon blower-upper you ever did see? 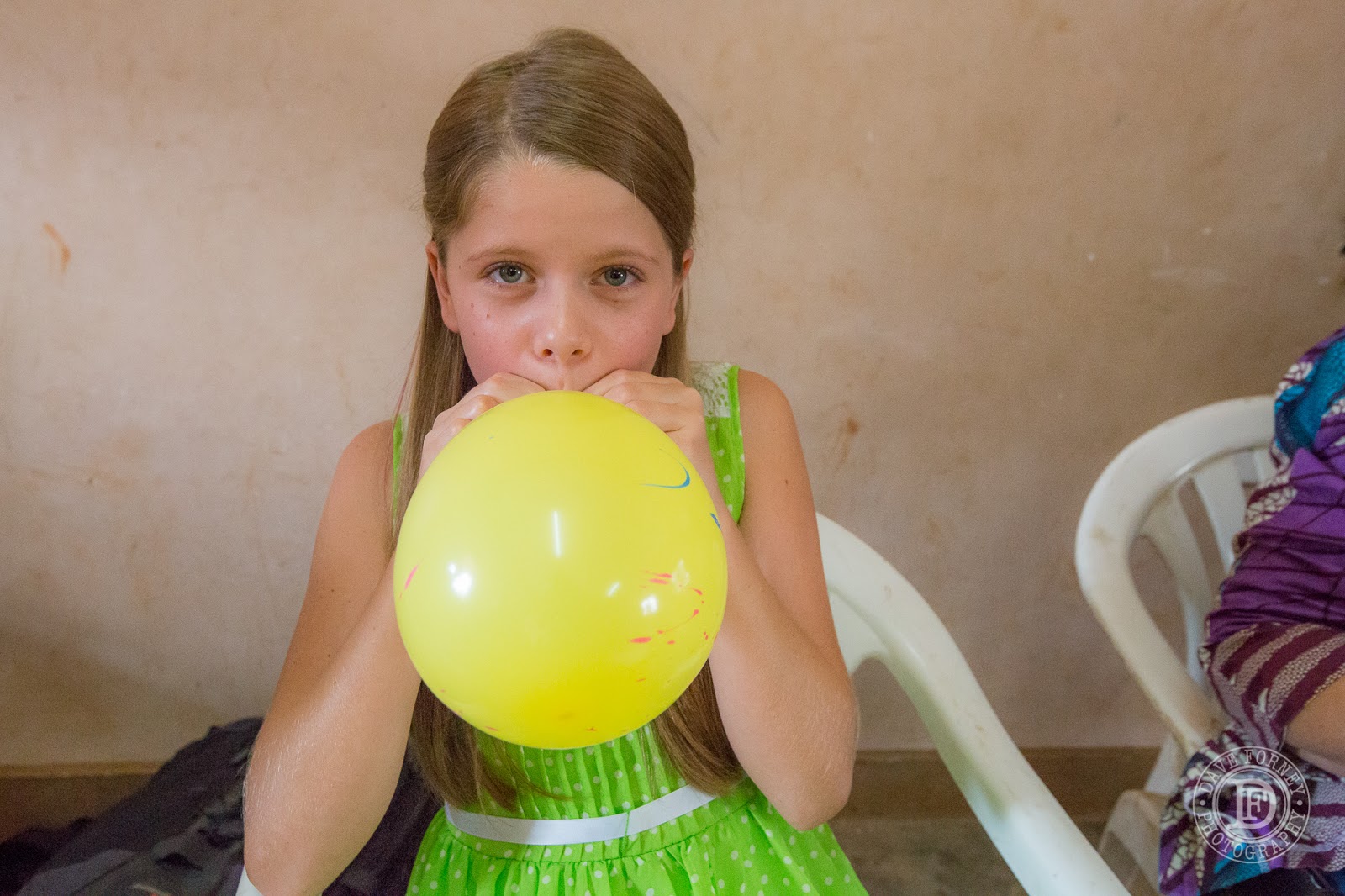 We really appreciate how our kids are not afraid to jump right in, and show love and care for those who are less fortunate, or different. 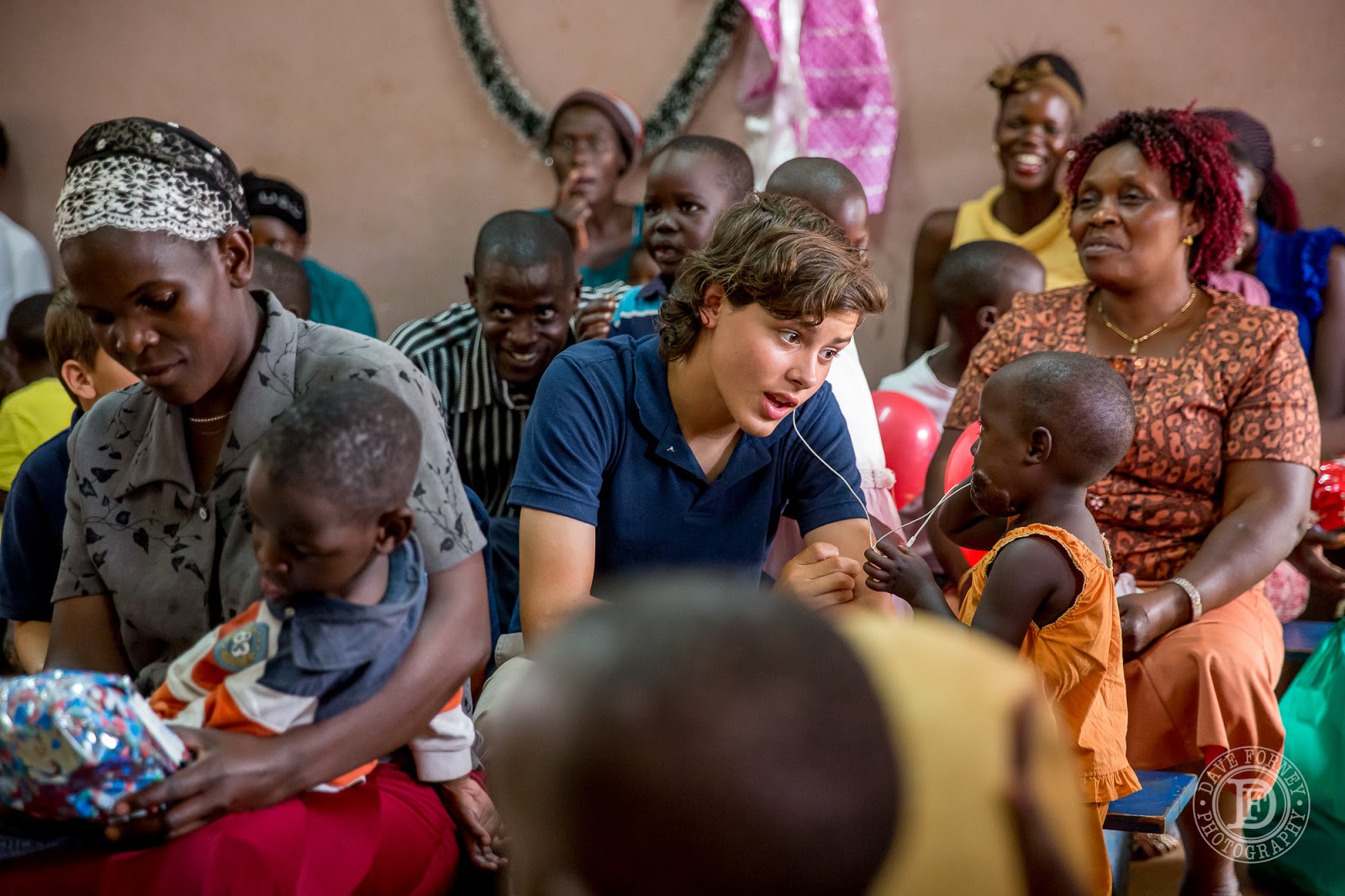 The balloons were a big hit! 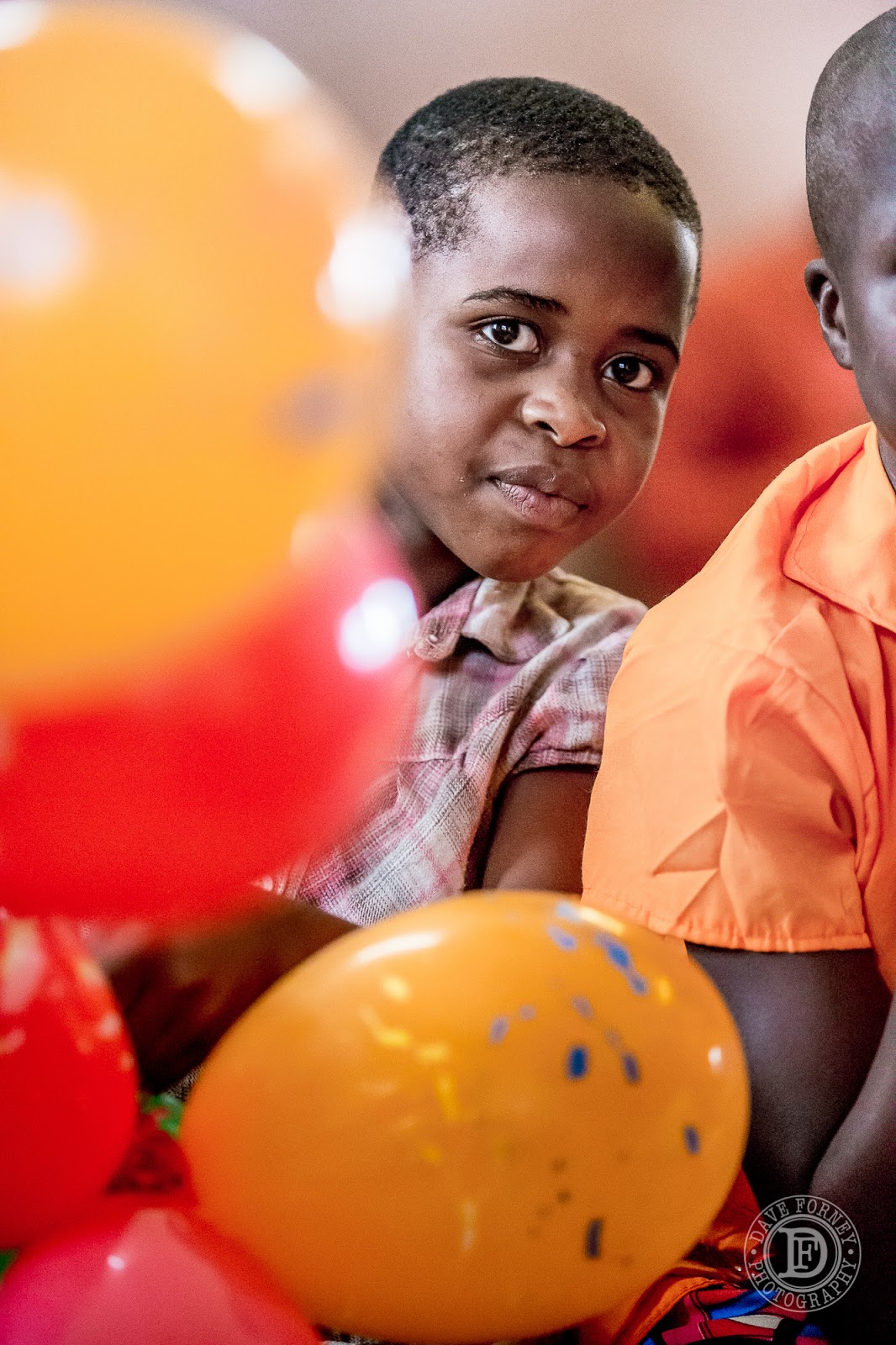 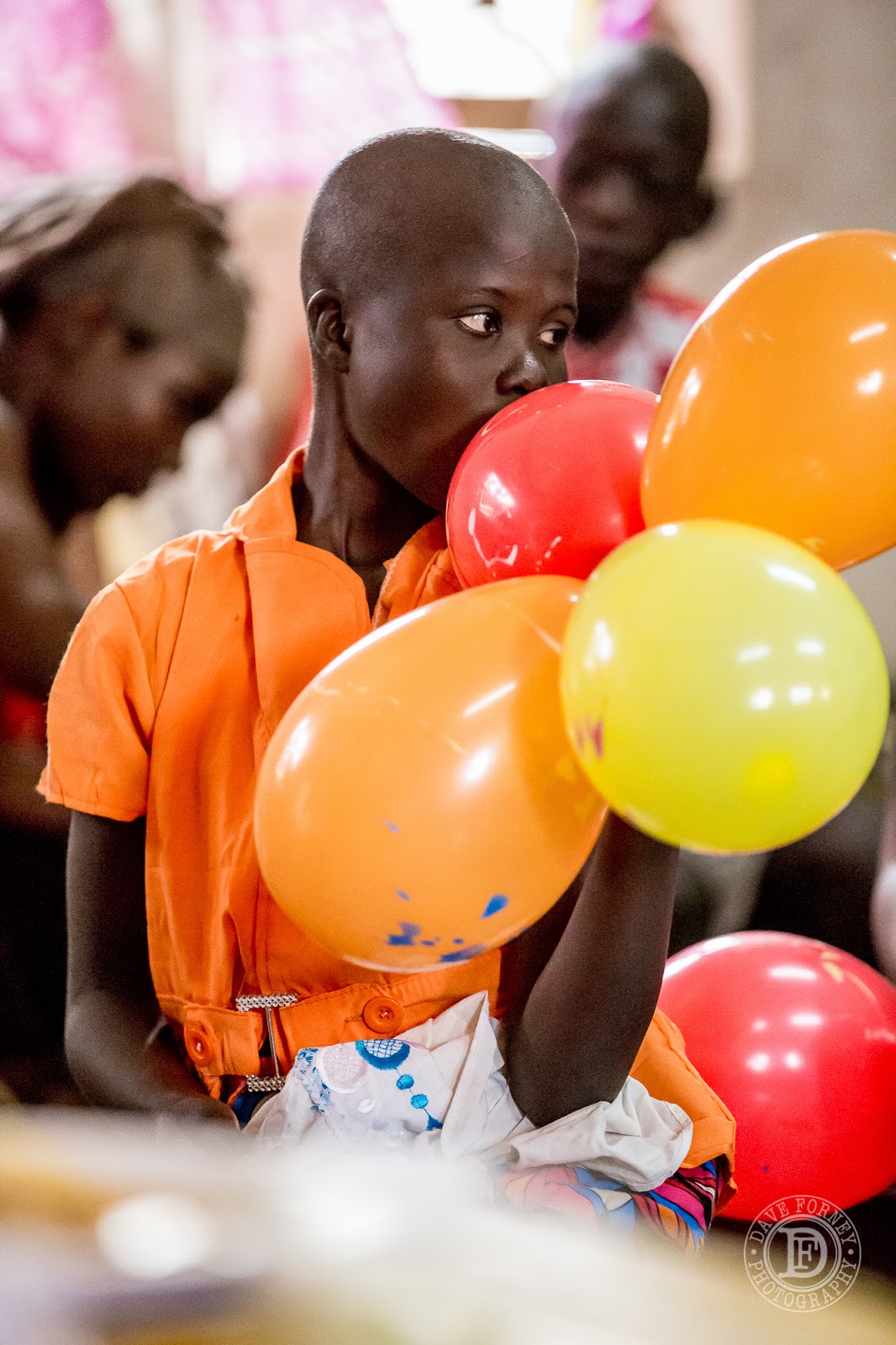 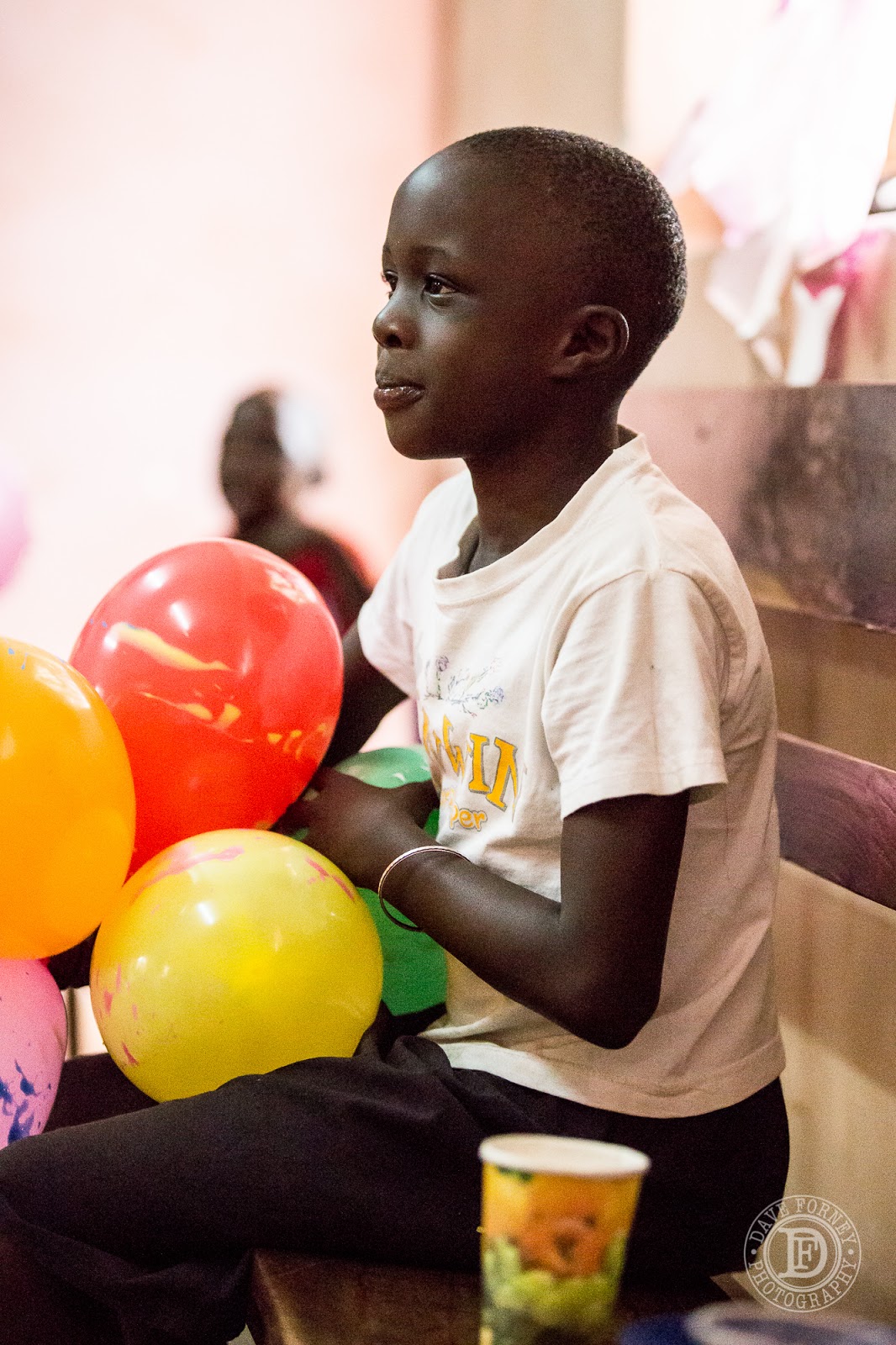 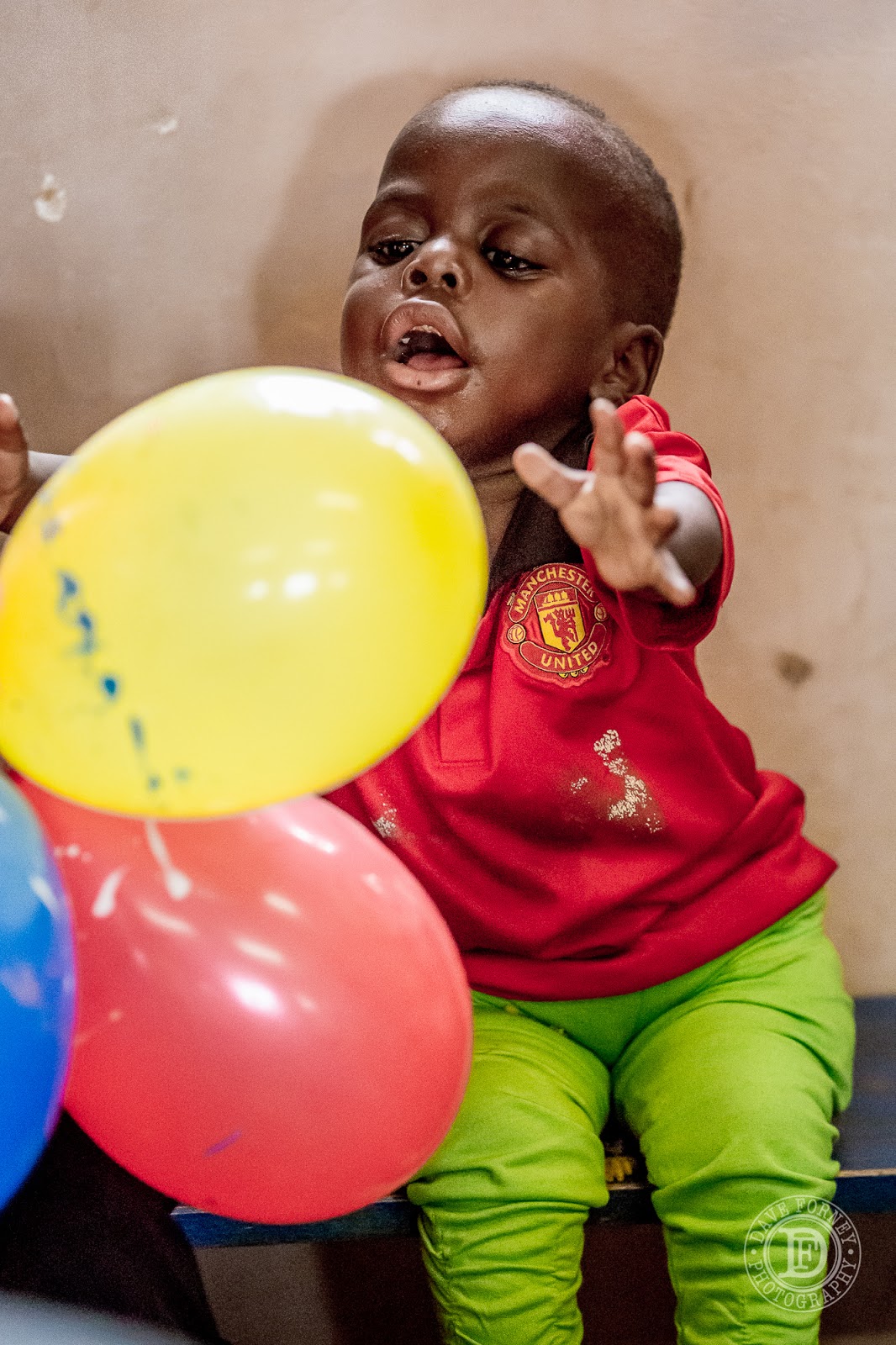 There were a few games, and songs, and speeches, and a little talk about of who Jesus is and what Christmas is all about, and then the cutting of the cake!  Everyone cheered! 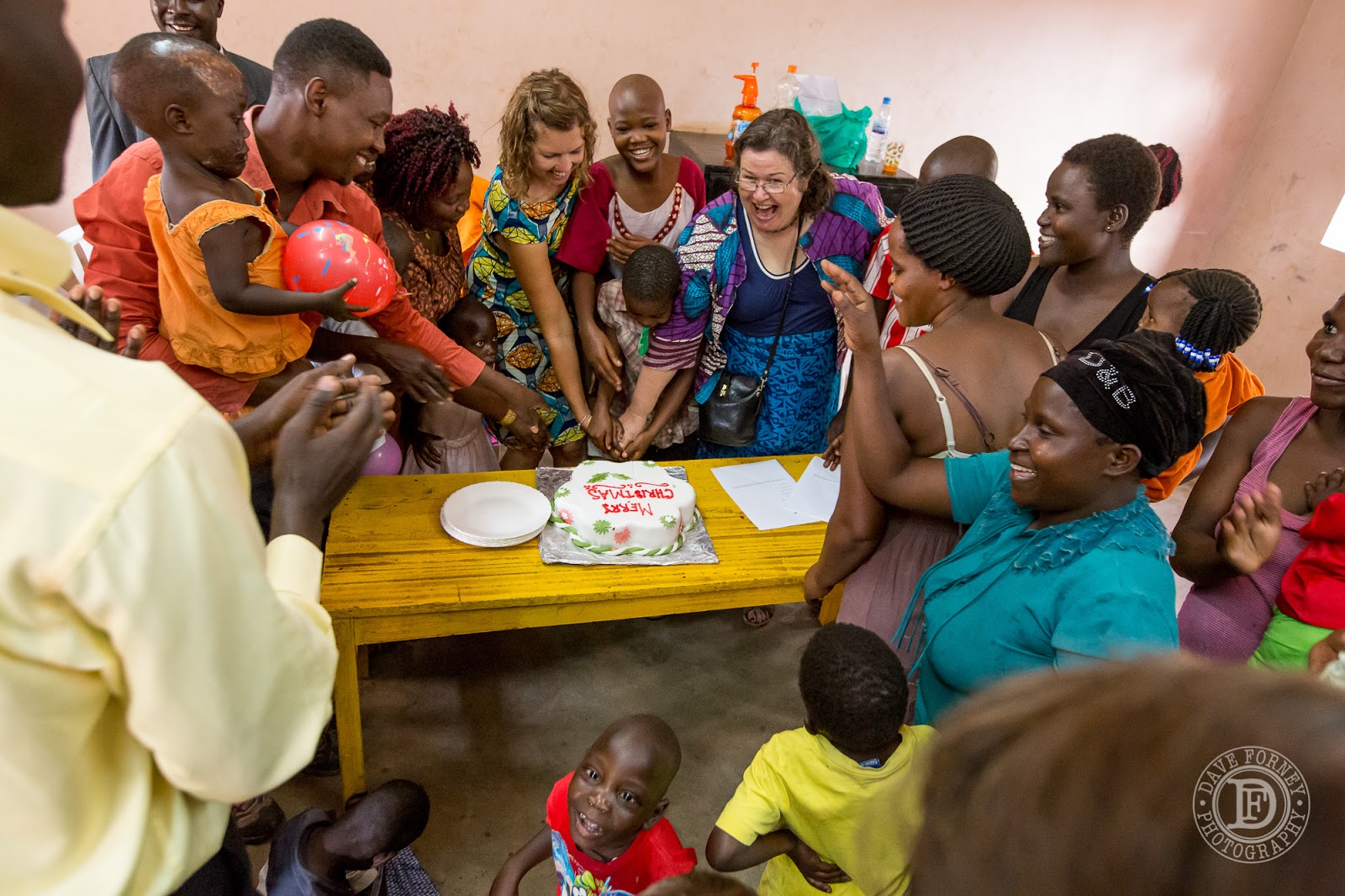 After that, each child was called up one at a time, by name, and given a special little Christmas gift, and a hug.  It was precious to see their beaming smiles and the sparkle in their eyes!  Someone cared and loved them enough to give them a party, and a present.   You could see that it meant the world to them! 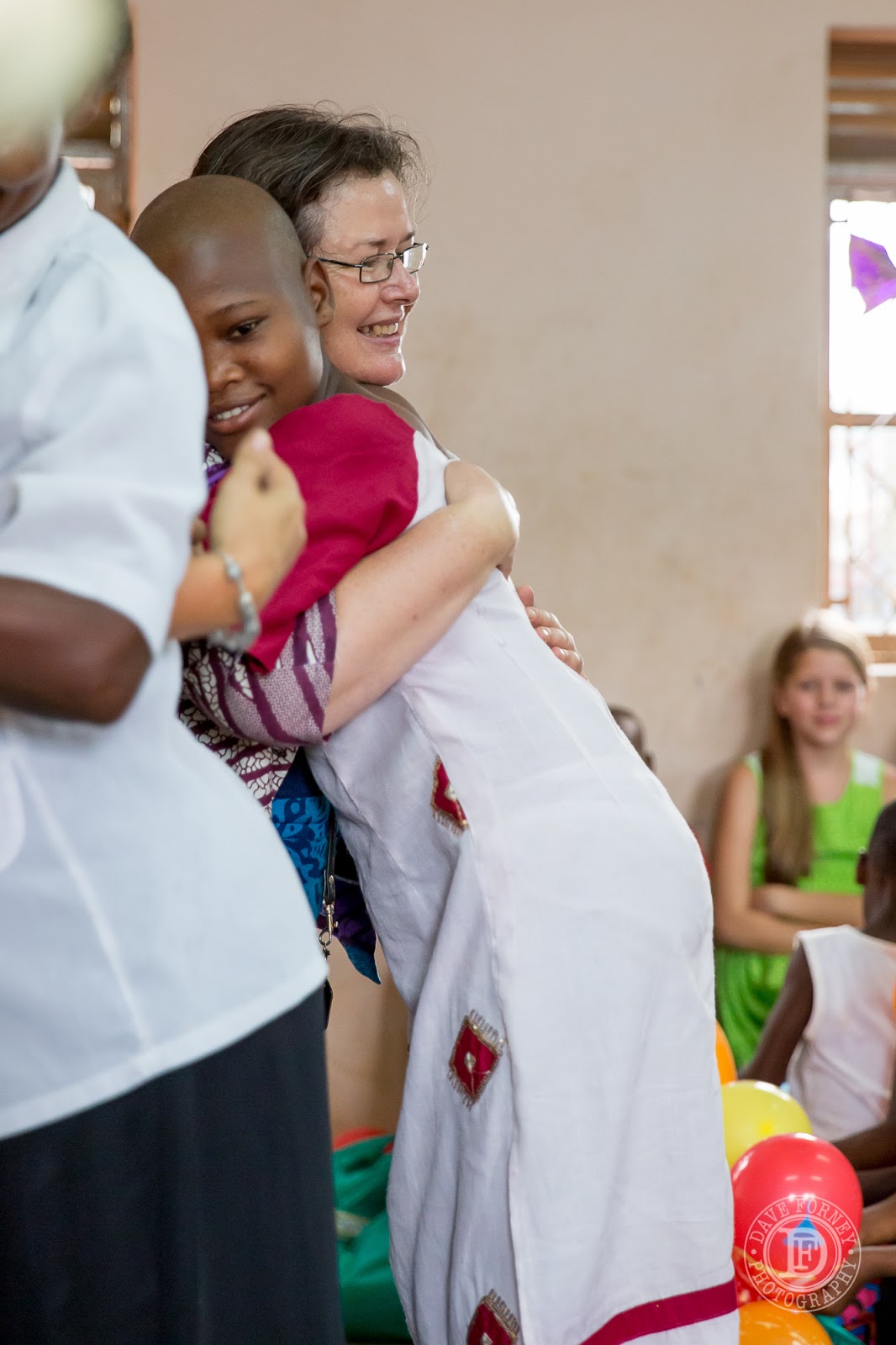 In this shot below, the daughter of the Eagers, who herself is a special needs child, is handing a Christmas gift--her own Christmas gift--to another little special needs girl who had just arrived late to the party.  With the last minute arrival of the new guest, they were one present short, so she decided to give her own gift away.  So fun to see the joy and laughter and love permeating the room! 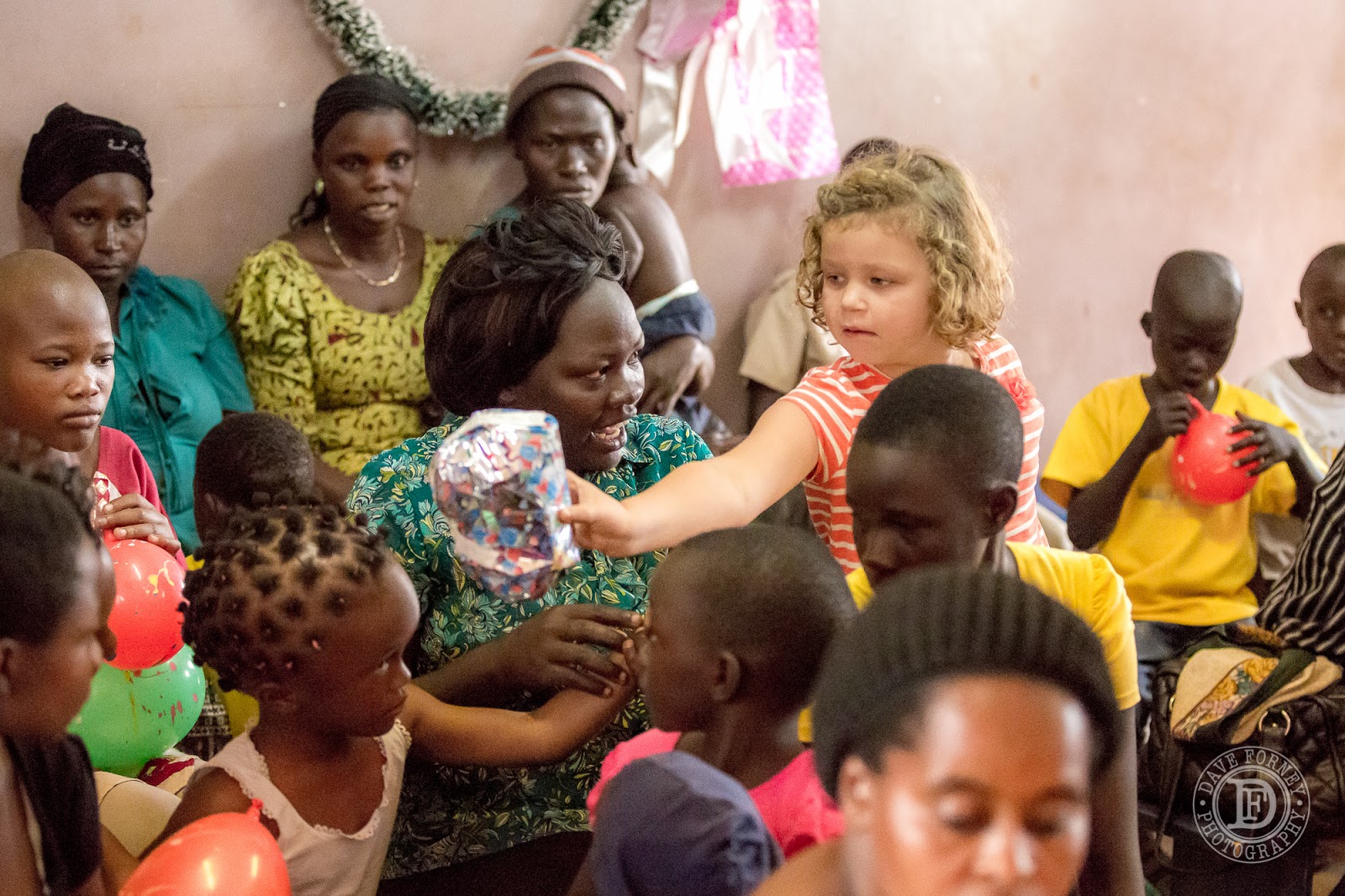 I think each child left the little party feeling that someone cared and loved them that day, and even more importantly we pray they felt the love of Jesus through it all.
Posted by Dave at 8:03 AM

Great photos Dave, may God bless your family in Uganda in the new year!

Our kids read every. single. post one here Joy and fill me in when I miss something. This one has me choked up...and I love the ones of your kids just joining in. Special kiddos.