Here's a few pics from the past two weeks. 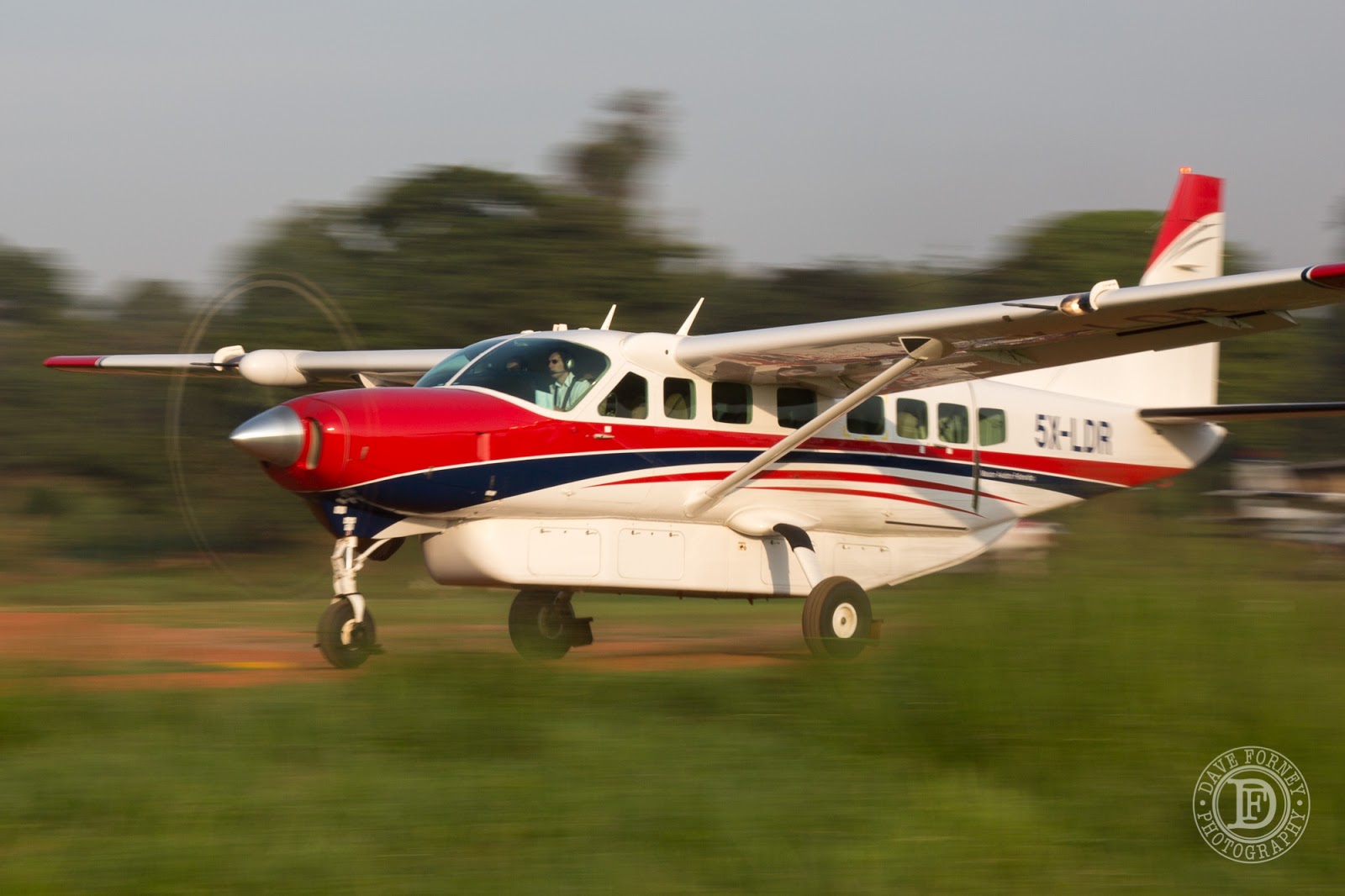 Last week on Friday night MAF got a call for a Medevac flight for a S. Sudanese pastor who had suffered a stroke.  Since Greg and I were both already scheduled to fly on Saturday anyway, we just tag-teamed the medevac flight first, and postponed the charter flights till we got back.  Here's a few screen grabs from some video I took of Greg in action. 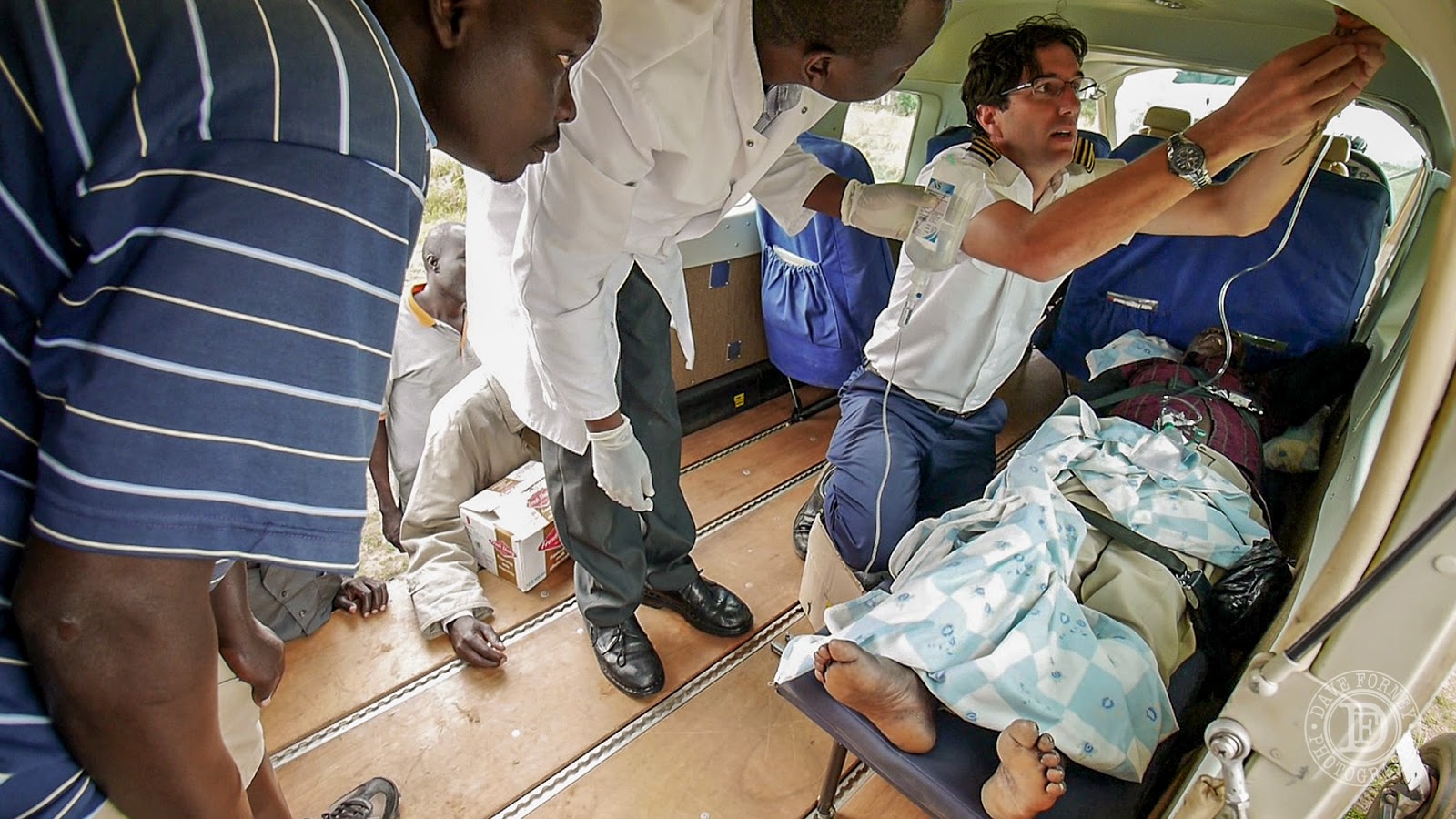 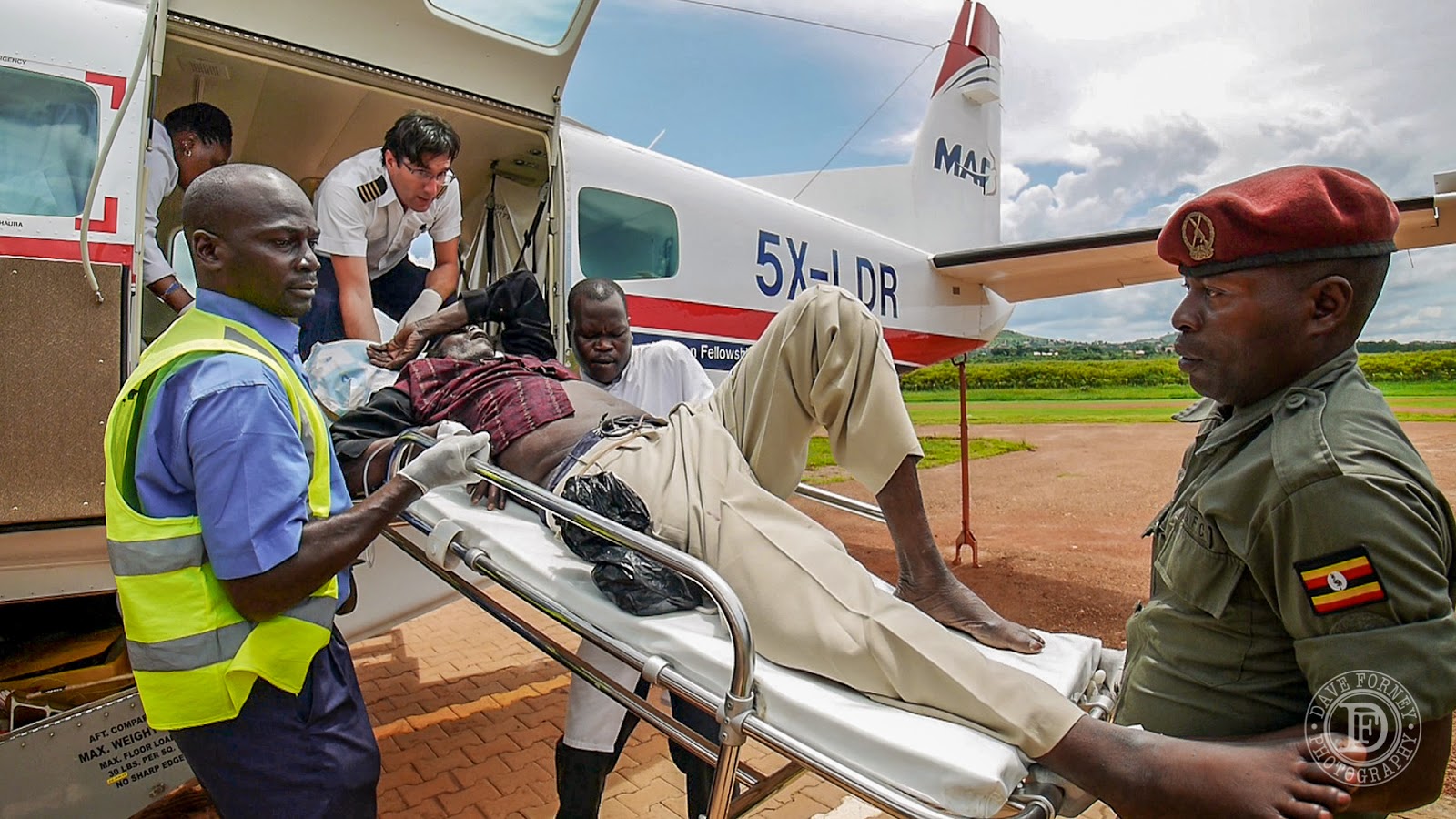 It's full-on rainy season here in Uganda.  Every day it seem like we gets showers or storms.  Everything has turned lush green, and the skies are a brilliant, deep blue.  The weather is constantly changing, with storms developing at all times during the day and night.  Some are quite massive, with lots of thunder and lighting.  This was just a tiny one from a few weeks ago when rainy season was just starting, but I thought it had a nice shape. 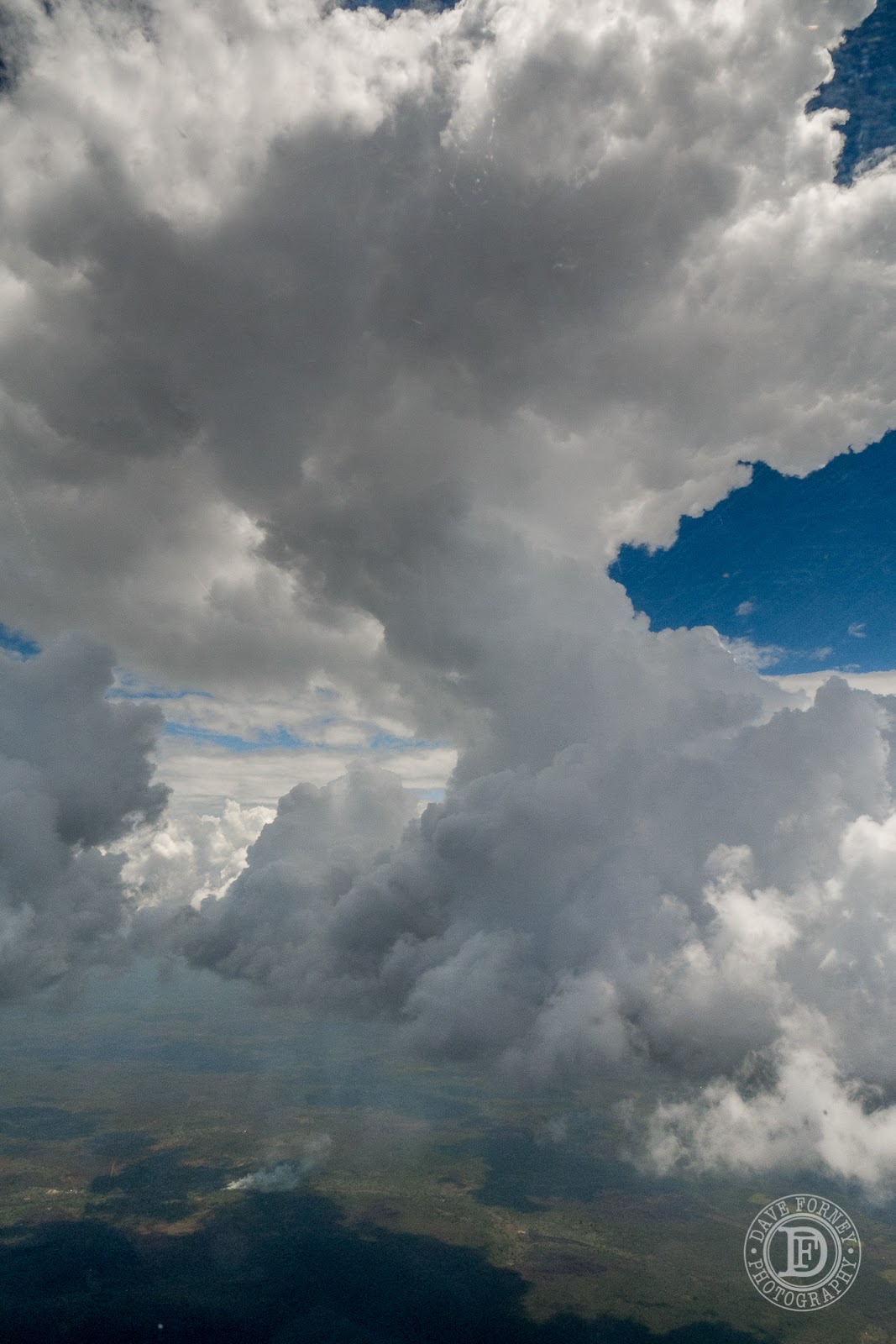 Here's a shot of Murchison Falls National Park, just East of Lake Albert.  Just a few weeks ago it was totally brown.  In fact, much of this area was black, where it had been burned.  This shot was taken about two weeks ago.  Now it's even greener than what it is in the picture! 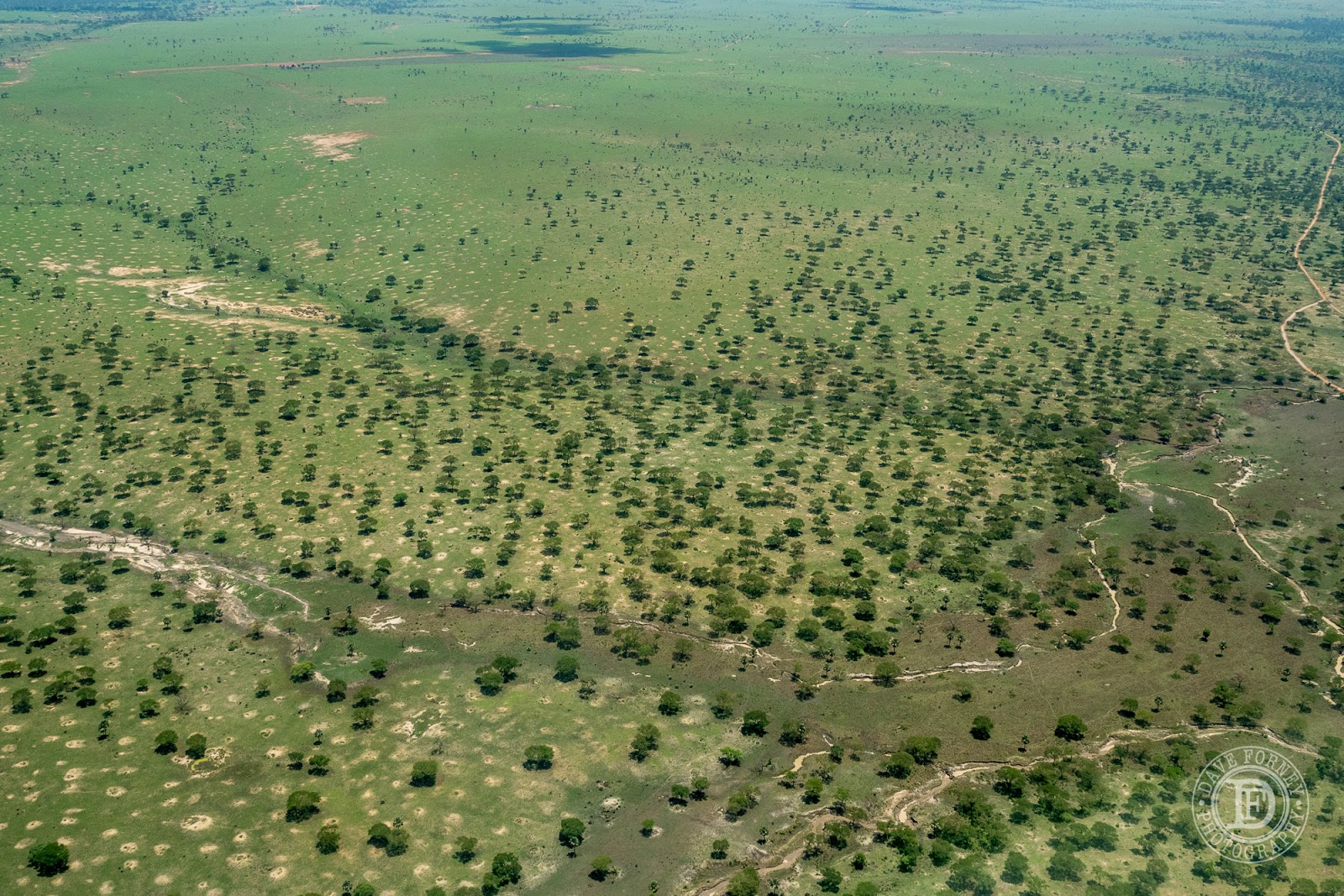 Here's a shot of Mt. Kadam, on the way over towards Amudat.  It reaches up to 10,065' and is very rugged and impressive.  One day I want to spend some time exploring this place. 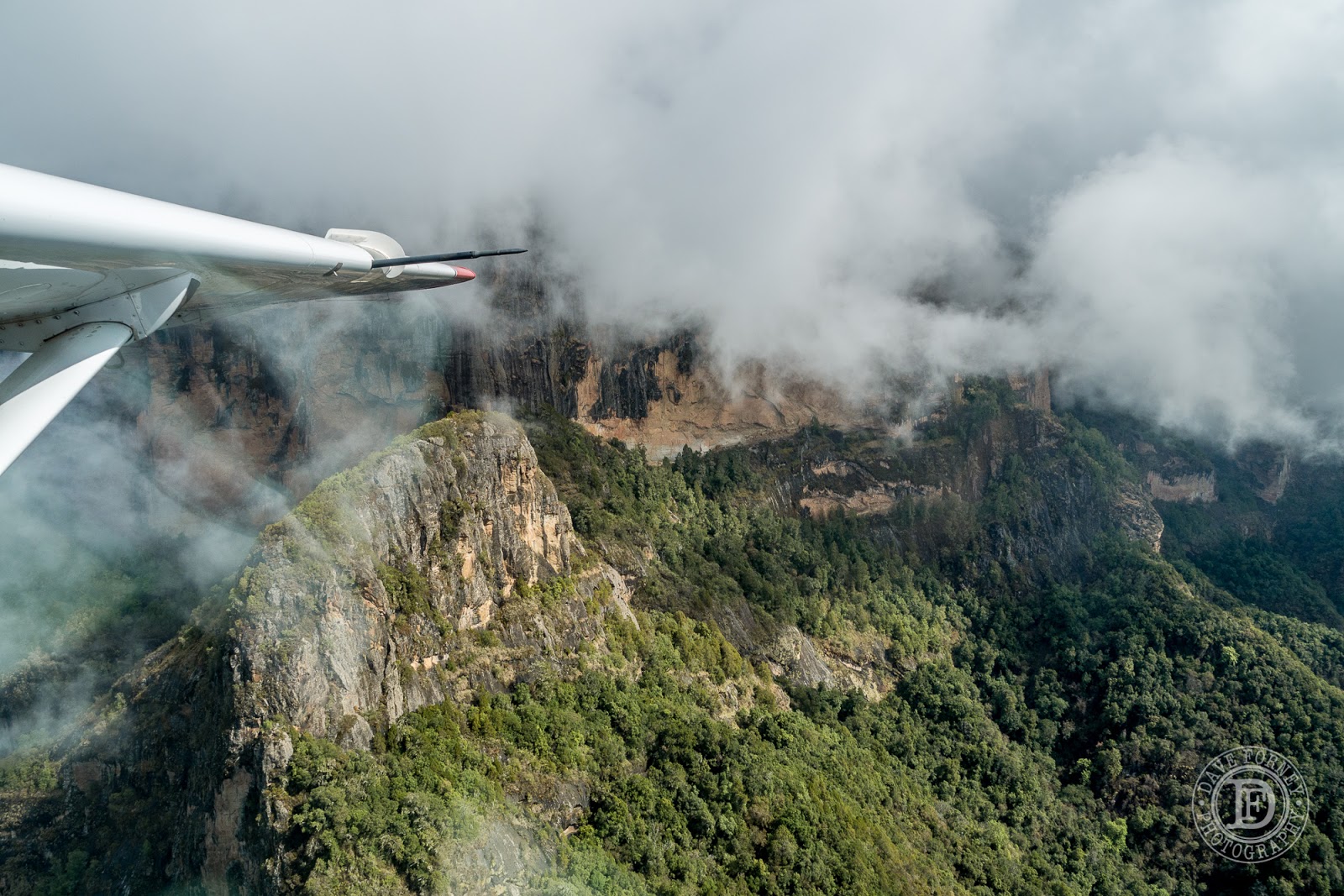 Two weeks ago we went out to the Entebbe Botanical gardens for a few hours.  In its hay-day it must have been quite an amazing place.  Even though it's a bit run-down and overgrown now, it's still a nice and cheap escape from the city, with lots of beautiful trees, flowers and birds.  Here, Hannah was doing a painting of the scene around her. 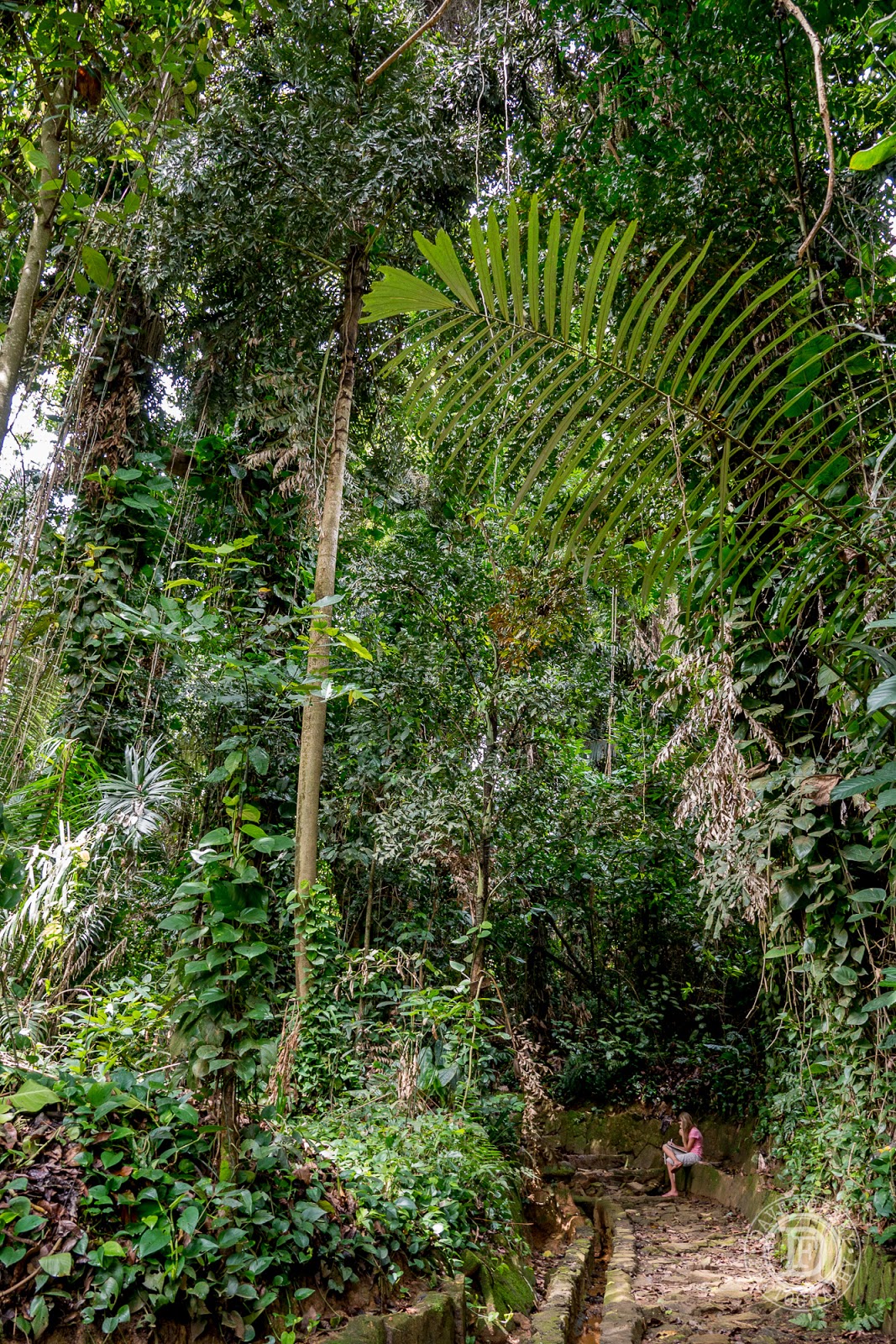 Last week was the biannual MAF Day of Prayer, so we closed the office and didn't fly.  Instead, all of the staff and a bunch of our family members gathered in the hangar for some praise and worship, teaching, and prayer time. This time we also joined up with EMI, with whom we are currently building a new, joint office building out at the airfield.  Here are some random shots from that day. 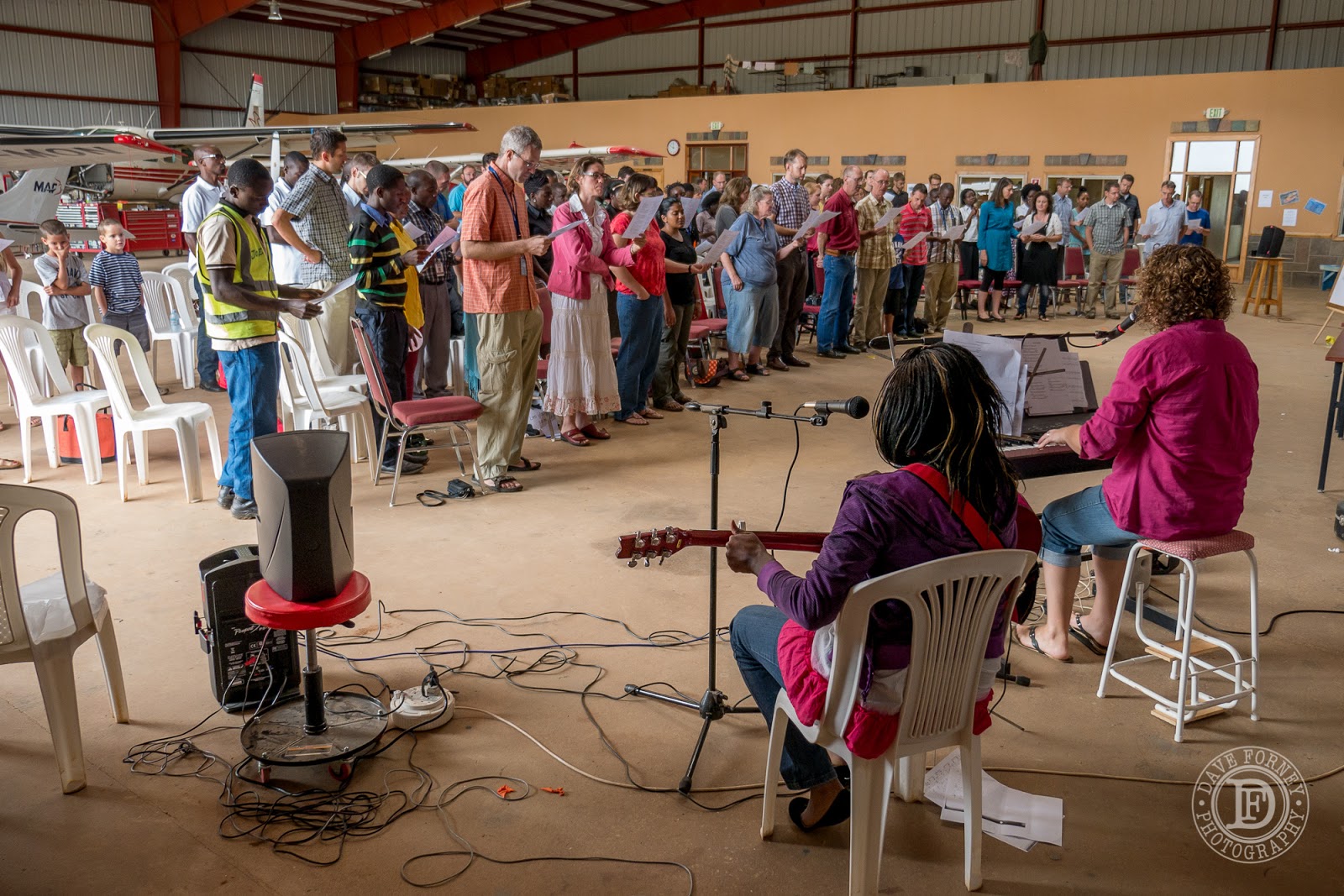 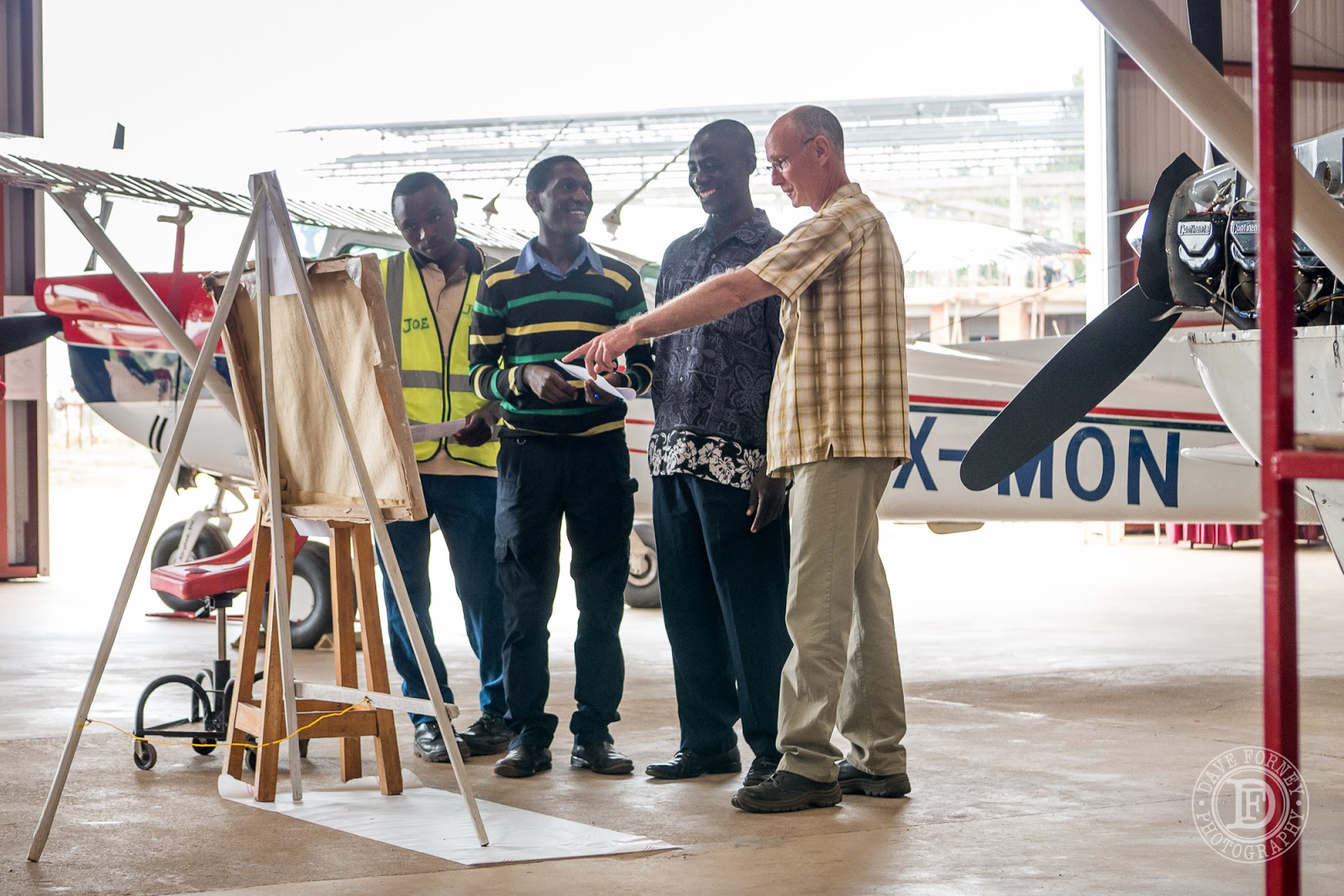 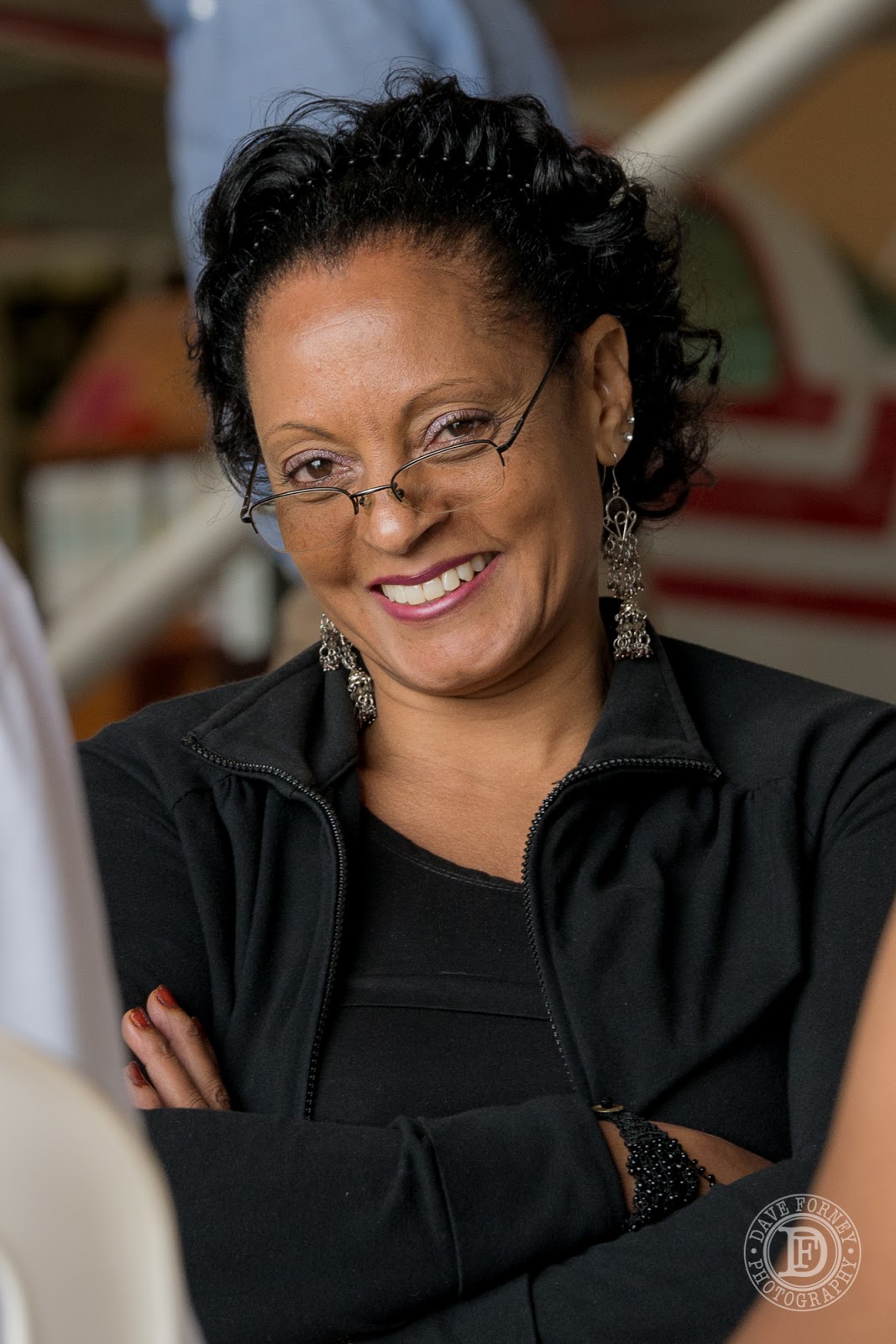 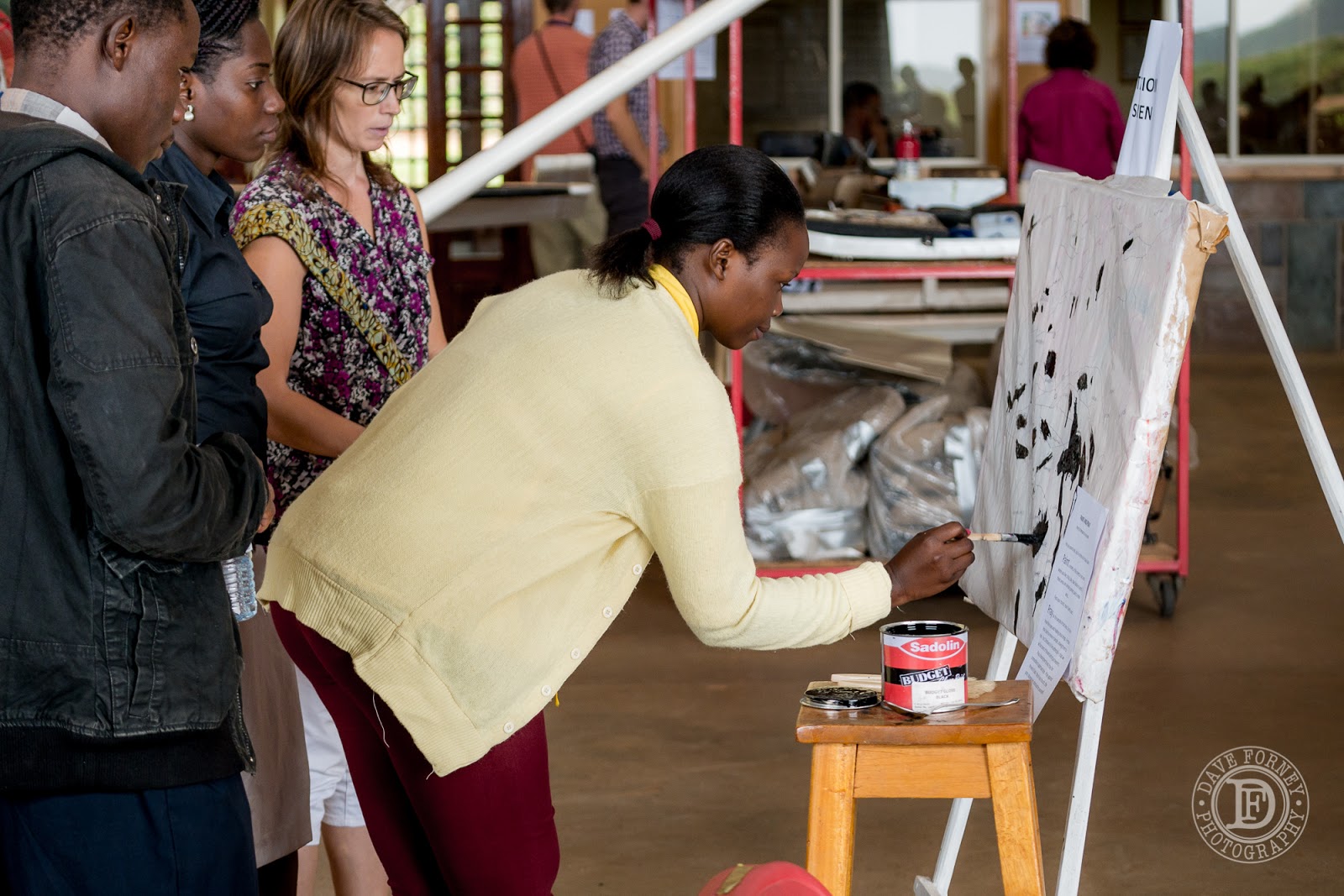 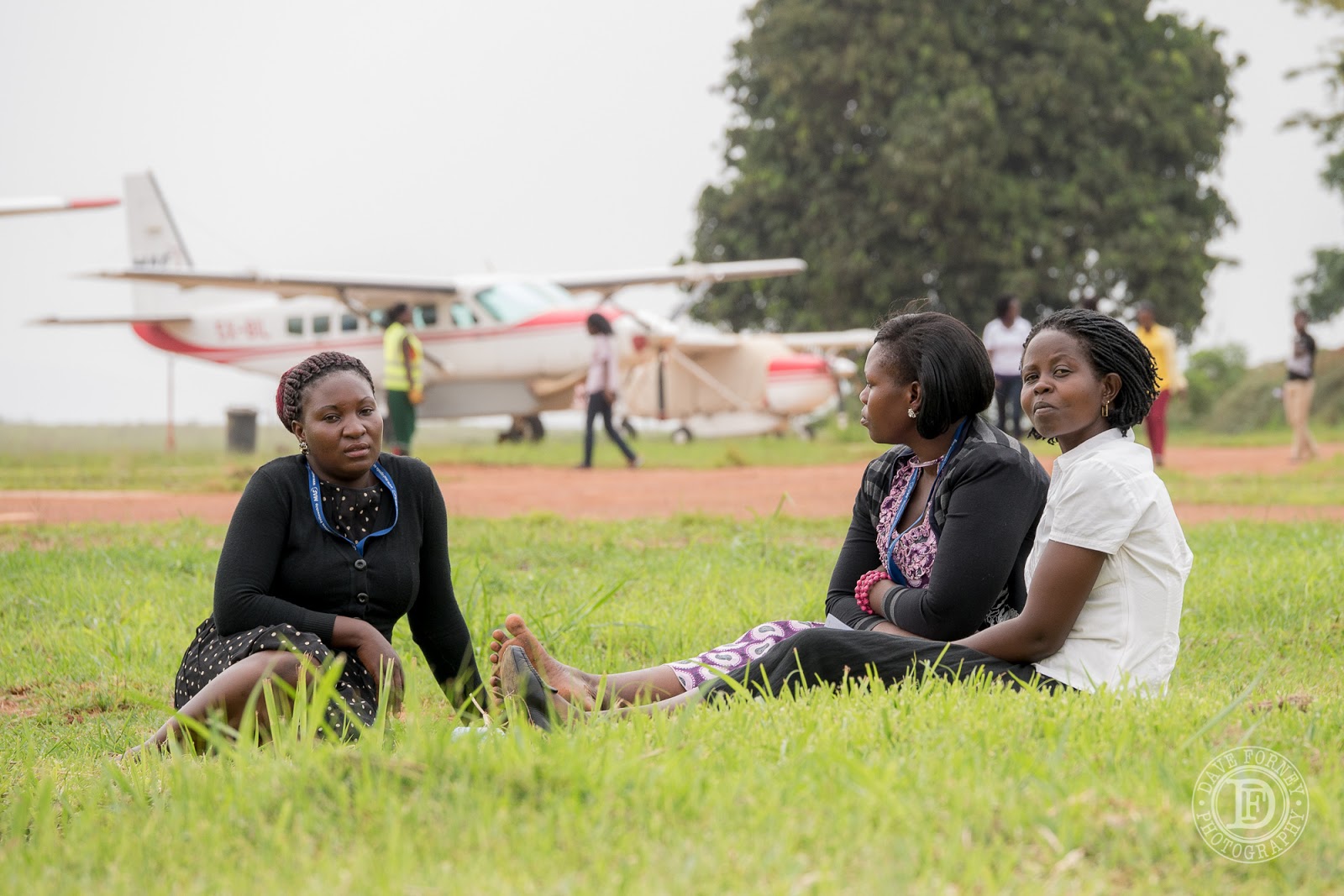 This week I had the privilege of flying a team from Hillsong UK to visit some of their Compassion International projects around Uganda.  I got to spend a couple days with them, and see what they're doing and the impact it's having on the children, families, and communities.  It was a really encouraging time.  Next week I'll share some photos from that.
Posted by Dave at 10:05 AM

Nice photos! I enjoy sharing this blog each week with my 12 year old son who wants to be a pilot someday. Thanks for sharing your journey!