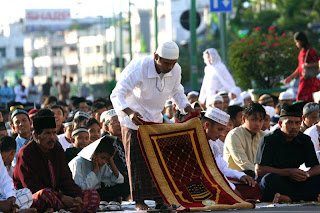 Today is the Muslim holiday of Idul Adha (or Eid al-Adha in some parts of the Muslim world.) This is a holiday in which they celebrate Abraham's obedience to God in the willingness to sacrifice his son, and God's provision of a lamb in his stead. It's one of the biggest holidays in the Islamic world. Hundreds of millions of Muslims around the world could be found meeting at their local 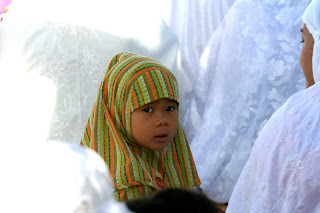 Mosques this morning for a special prayer service. After that, the festival continued back at their homes. Depending on their wealth (or lack there of,) each family (or groups of families) sacrificed an animal. They ranged from small to large, but the most common were goats and cattle.

I had the chance to wander around a bit with the camera this morning. Here's some shots from right around our part of town. 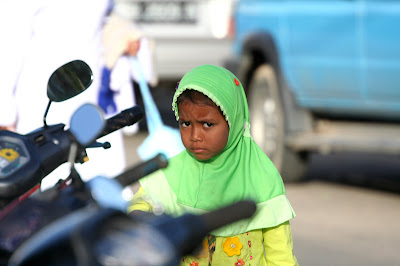 The women and children are always behind the men. They are always completely seperated in the religious settings. 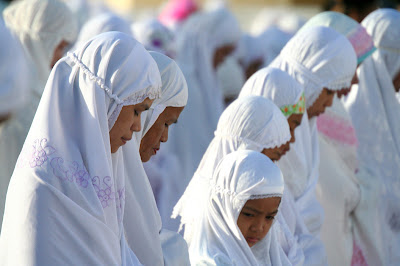 There are hundreds of mosques throughout our small town of Tarakan. Each and every mosque was literally overflowing this morning. In many cases the streets were blocked off so that hundreds or thousands of people could throw down their prayer mats right out on the roads. 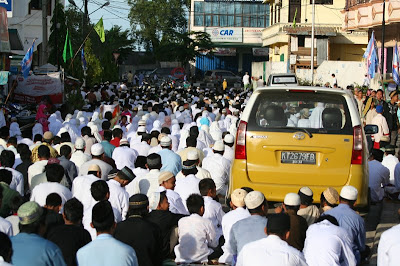 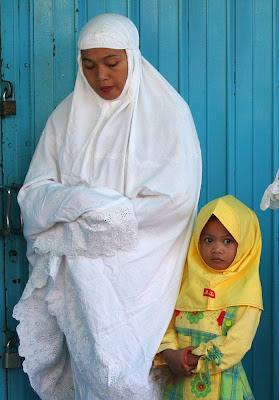 I must admit it did feel a bit awkward at times--being the only westerner AND non-Muslim in a crowd of tens of thousands. However, as is almost always the case here, folks were overly friendly and very polite. It wasn't hard to take pictures, because most people asked me to take their picture before I even had the chance to look their way. 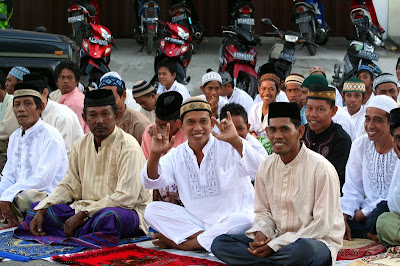 At the largest mosque in town, there were tens of thousands of people--in the mosque, the courtyard, and filling up the streets in all directions from the mosque. Loud speakers blaring the prayers could be heard from anywhere in town. 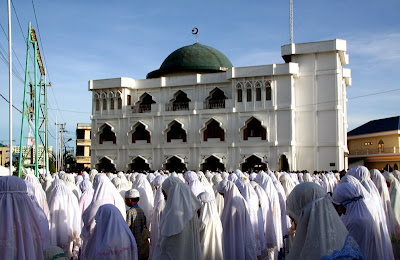 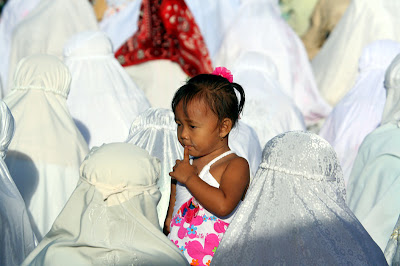 Later in the morning, Joy and the kids and I went around the Muslim communities in our neighborhood to visit with people. Again, folks were so nice and polite. It was a great opportunity to continue to build relationships. 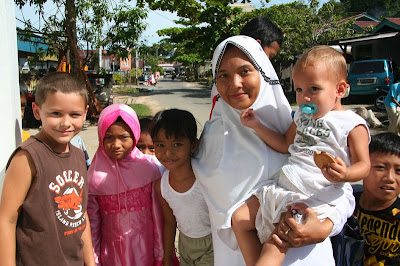 Of course, there was much slaughtering going on. 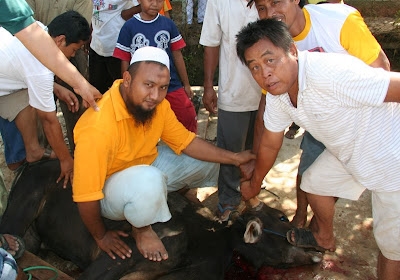 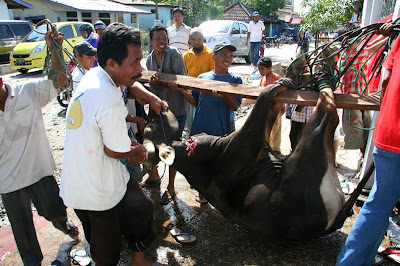 Later today this meat will be divided up among all the people of that neighborhood. Even those too poor to have a sacrifice will be given meat from those that could afford it. Then they will feast together. 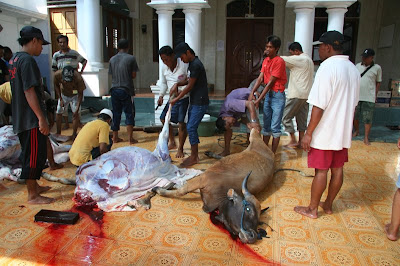 If anything this should be a stark reminder to you and I about why we're here. Please continue to pray for our friends and neighbors, that they may know the joy and peace that we have and are about to celebrate on December 25th. Also, continue to pray for wisdom for us as we continue to build and strengthen relationships with our neighbors, that we might know when, how and what to say. In the meantime, we're just living as a light for HIM!
Posted by Dave at 9:33 AM

Email ThisBlogThis!Share to TwitterShare to FacebookShare to Pinterest
Labels: Missionary Life, Our Town

Came over from your wife's blog. Amazing photos. Be safe. Will add your family to our prayer list.
Blessings~
Tara

How awesome. The picture make me long to be on the mission field. I have been to India and Egypt on short term missions, believing God to go one day full time. Praying a hedge of protection around you and your family.

Dave....these pictures are unbelievable...God has really given you a gift!! We praise God for the opportunity He has given you go be right where you are and just live life....we love you guys

Wow Dave. Dad and I just read your update. It is so sad to think of all those people so religious and so lost. We are praying for your neighbors and for you as you have contact with them. Your pictures made me feel like I was back in Tarakan again.

Came over from Joy's blog as well.
And wow. I can't imagine what that experience was like, but thank you for sharing.
I also wanted to say how amazing it is that you have parents who support you so vehemently in this endeavor. I read her comment and just thought "wow, no wonder they are able to be so strong for God!" What a gift to you all they must be.

Hi Dave,
I have just checked out your blog-page and enjoyed viewing the photos that surround your life and ministry. my last view of your world of ministry was from a video you did of your life and ministry in Alsaka a few years ago. I have continued to pray for you and your family since then. God bless you as you and your family prepare for the celebration of Christ's birth. ~ Rick Brooks with Word of Life

Wow! I don't know what else to say. Amazing pictures, incredible stories. Thanks

This is an eye-opening, soul stirring entry in your blog. Thanks Dave.

Wow! Amazing pics. We have friends from Alaska who are with MAF getting ready to go to the Phillipines. Wish they were coming there. Your wife and Jane would be great buddies :)