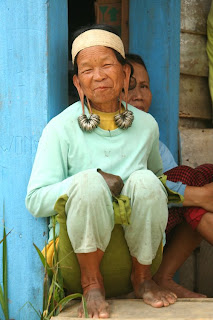 I don't have time to write a lot, but figured I'd throw up a few random pics from happenings in the last week or so. It's been busy here! When I first got here we had eight pilots, two full-time maintenance specialists, and five airplanes. As of today, we have just four pilots (plus one temporary fill-in pilot--my good friend Isaac Rogers from an MAF Papua program,) and six planes. We've also been without any maintenance specialists for most of the time since May!

Don't worry. Everyone is accounted for...it's just that two guys were transferred to other programs, several others are on furlough, and one just got married. Another has had to deal with major surgery for his wife, and a recent death in the family. All that to say, we covet your continued prayers for our program, as we strive to meet the many flight requests each day, while maintaining our high level of safety on a skeleton crew.

Despite our small numbers we have much to be thankful for. We are so blessed to have such an awesome team that works so well together here, and the best ministry support team out there--that's YOU! We really count it a privilege to be here ministering through MAF. Thanks for being a part of it!

If you'd like to see what we did for Thanksgiving, and a few of our traditions for Christmas, take a moment to go to Joy's blog at: http://www.sahmissionary.blogspot.com/ 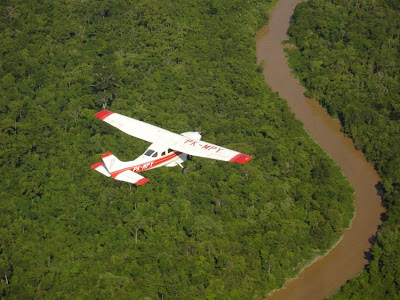 Above: Several days ago I had the chance to capture a shot of Isaac as he flew below me on the same route. Isaac and Amber and their two young boys were willing to come over here from Papua to help out with our flying for a few months until we can start to get some of our furlough guys back. We're sure glad for their help! 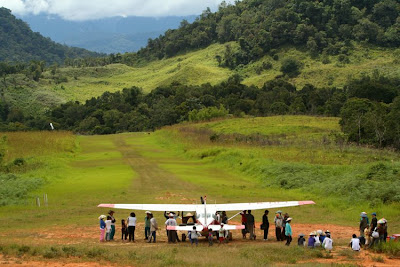 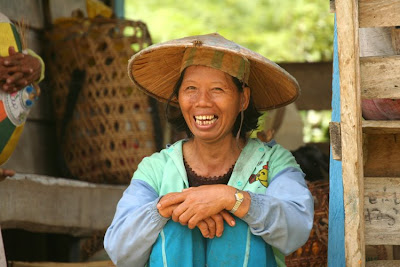 Above and below, a few shots from typical days of flying and serving the people here in Northeast Kalimantan. 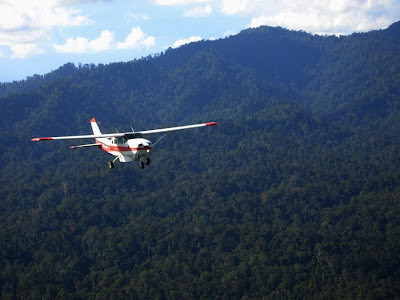 The mangrove area around Tarakan and throughout East Kalimantan is home to some pretty weird animals. These are just two of them. The proboscis monkey has a huge nose. 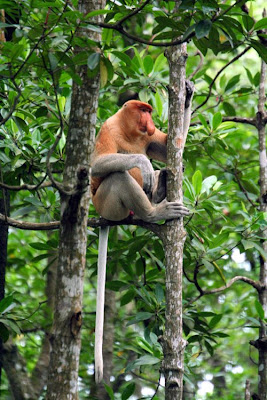 The mud skipper is a fish can live both in AND out of the water. It loves to come up out of the water at low tide and "walk" or skip around on the mud. They are weird creatures indeed! 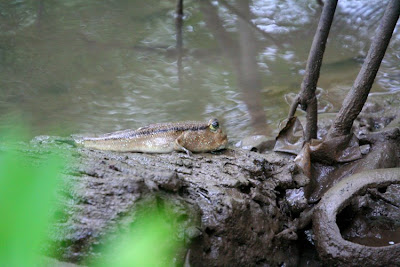 Dave, I'm so glad you have great teammates! Will keep you all in my thoughts. I think the monkey picture deserves a place on my wall. :) Are you using your SLR or your Sony for the people pictures?

I've taken my SLR along a few times, in order to get some better shots. Most of these were with the SLR including the people shots and monkey.

As always great pictures! Data Dian looks like they cleared stuff back on the sides but have not made it longer. Are they going to work on that with the Caravan flying?

Thanks for doing the blog. It helps to understand what you do. The people are fascinating, and the flying is also. I feel connected to you. Thanks.