Wrastling! And a View from our Roof.

An all to common occurrence in and around our house these days is "wrastling." Anyone on the floor is fair game to be "wrastled" by the twins. I managed to catch this sequence on camera last week when we were at the hotel (you can tell it's at the hotel, b/c no one has carpet here in Tarakan--it would mold in no time.) It all started when Tyler jumped on an unsuspecting Tanner. 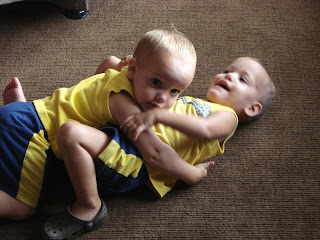 It only took a few seconds for Tanner to wiggle free, and then grab the legs of his fleeing foe. It's worth noting that Tyler weighs quite a bit more than Tanner. But what he lacks in mass, Tanner more than makes up for in attitude. He's an animal!! 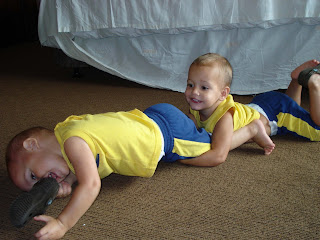 So within moments, the tide had turned and Tanner was busting his move on the now screaming Tyler. 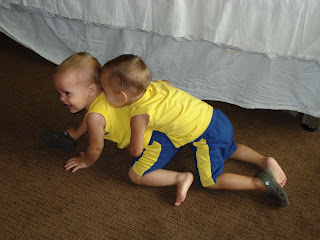 And before you knew it, the victor was sitting on top of his prize, happily basking in his glory. To be clear, we generally don't sit around watching this play out for entertainment, but it is pretty funny. I guess boys will be boys. 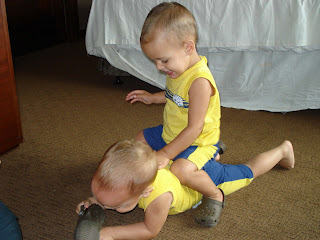 To completely change the subject, I climbed up on our roof on Friday and took a few shots as the sun set over mainland Borneo. Note the new Mosque being built not far from our house. One of the first things to be operational was the loudspeakers on top. 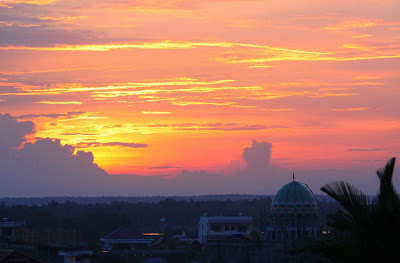 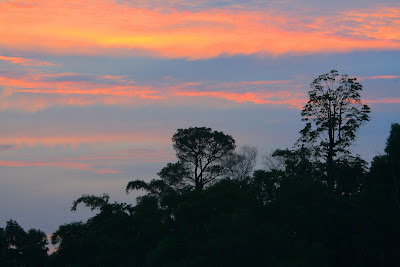 Email ThisBlogThis!Share to TwitterShare to FacebookShare to Pinterest
Labels: Family Life, Our Town

They are soooo cute. What a handful!! And what a great form of entertainment.